“Never have I felt so goddamn lost and alone”

Corin Tucker’s words, which begin the second verse of Sleater-Kinney’s “The Future Is Here,” express a familiar feeling to anyone who woke up on November 9, 2016 with the worst hangover imaginable. The U.S., and by extension the globe, is going through a dark time of political strife, rising white nationalism, corporate digital surveillance and what might very well prove to be irreversible climate change.

So what’s a band to do? Channel all their frustrations, doubts and fears into a new album, naturally. Four years after the release of No Cities To Love, a dynamic return after a decade-long hiatus, Sleater-Kinney offer The Center Won’t Hold, an experimental, yet accessible work that’s as much protest album as it is pop triumph. Throughout its 11 songs are recurring themes of alienation and detachment, and the need to make connections with others as a means of surviving times of crisis. In fact, the songs are even structured in a way to show how much stronger people are when they come together.

“I find that collaboration and community and friendship and partnership often provide the fulcrum for means of resistance, and I think help provide a path toward optimism or at least a path away from despondency,” says guitarist/vocalist Carrie Brownstein. “With a lot of the narrators on this album, the verses are sung in solitude. It’s a path of isolation, often, grappling with existential despair or elements of chaos and how that permeates one’s being. But when you get to the chorus, the singer is joined by many voices.”

The Center Won’t Hold is a different kind of album for Sleater-Kinney. Produced by St. Vincent’s Annie Clark, it finds the band draping their protest pop in unusual arrangements and production techniques. “The Future Is Here” begins, aptly, with the sound of big synthesizers, initially sounding more like an M83 song than Sleater-Kinney — but by the richly harmonized chorus it returns to the dense rock dynamic of the band’s past albums. The title track rattles with metallic clangs instead of a traditional drum set, and closing track “Broken” is their first-ever piano ballad.

Sleater-Kinney are no strangers to defying expectations or turning their approach upside-down. Back in 2005, the band teamed up with producer Dave Fridmann for The Woods, easily Sleater-Kinney’s heaviest and noisiest album. And with some help from Clark, they’ve once again redefined what a Sleater-Kinney album can be without losing the qualities that make their albums uniquely identifiable in the first place.

“I think that we were conscious of [the band’s identity] while we were making the record, in terms of, ‘well, we still want it to feel like it has our thumbprint on it,’ but we were more interested in the exploration rather than worrying too much about delivering some kind of product,” Tucker says. “How can we not only grow as a band and grow as writers but grow as people during the process?”

“I think Annie came in as a fan of the band so there’s always going to be an element of protecting what’s special about us,” Brownstein adds. “I think within that rubric, you still have to find ways of surprising people in a song or an album that feel new and that kind of force people to reconsider what they knew about the band or what their expectations were.”

The Center Won’t Hold brings about a significant period of change for Sleater-Kinney. It’s their first for Mom+Pop Records, currently home to artists such as Courtney Barnett and Tom Morello, following a long relationship with Sub Pop. And shortly after the announcement of the album, longtime drummer Janet Weiss left the band, closing a 22-year chapter.

It’s a new era for the band. Brownstein and Tucker both express sadness in no longer working with their longtime musical partner, someone who helped define the unique sound of Sleater-Kinney as most listeners know it. But the two of them still have a lot of music to make together going forward.

“Janet’s contribution to the band and the record has been really crucial and really immense, and obviously we’re big fans of hers,” Brownstein says. “I think we just have to keep moving forward. Corin and I feel so grateful, and part of that gratitude comes from getting to play live and getting to partake in this cultural conversation through the conduit that is the music we make. We’re obviously sad that she decided to leave, but I think people will be excited about her drumming on this record and moving forward Corin and I just continue embracing what we can do together and what Sleater-Kinney means.”

In some ways, Sleater-Kinney are still the same band that they’ve always been, speaking truth to power through taut, dynamic indie rock songs with more ambition than personnel. But they’ve grown up and grown as people.

“We’re capable of more as people than we were in our twenties and thirties,” Tucker says. “We have a larger vocabulary both in terms of talking through things and also musically, and more life experience in terms of writing. It is different being in a band at this age and what you want to achieve from it.” 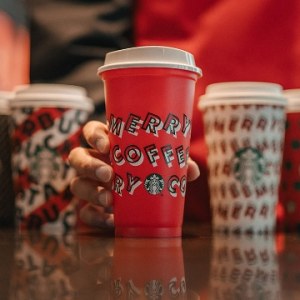 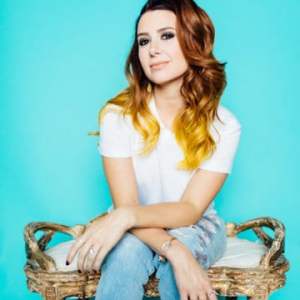