After the sudden passing of her father last year, Juanita Stein found herself writing as a form of coping with all the emotions she was feeling. From this difficult time came her beautiful, heartfelt album, “Snapshot.”

“It solely came about because my father, who I was very close to, passed away in 2019 and it all happened very very quickly. So really for me the last couple years have been extraordinary. Not just because of him, but obviously everything that’s happening in the world and there’s been a lot of emotional grappling to do,” says Stein.

This album is all Juanita Stein. After being in a band for about 15 years, she decided to strike a change and branch out to start making music on her own.

“It’s a purely solo creative project in the sense that I wrote all the songs, demoed them all, brought them to ben (producer), and we worked on the record together.”

“Obviously the best way I could deal with the trauma of him suddenly disappearing off the face of the earth was to write music and I wasn’t writing at the time, I was kind of taking a break because I released two records pretty quickly and the songs jut came pouring out.”

The recently released title track was actually the last to be written and it is a tribute that is filled with such emotion as she delt with this loss.

“I was looking for a way to poetically frame the grief that I was experiencing and that for me was a snapshot of him. In my mind and because he was a songwriter himself, I supposed I had a little bit more to hold onto other than just the photographs. I have all his music and his poetry and that’s what the song is referencing.”

A few of the other tracks that will be featured on this album include “The Mavericks,” “L.O.T.F” and “Reckoning.”

Each of these songs captures the feeling of loss and what that experience can be like. Even though this album was created during a sad time, the tracks all bring a sense of warmth and comfort, especially if you understand on some level of what Stein was going through from your own experiences.

Because of these unprecedented times, Stein is unable to have a traditional album release or tour so on November 1, she will be doing a live stream with a full band.

Listen to the latest single off this album, “Reckoning,” down below: 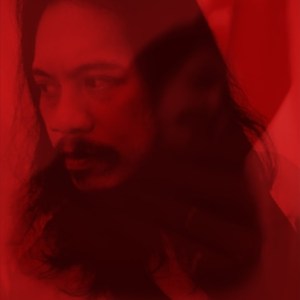