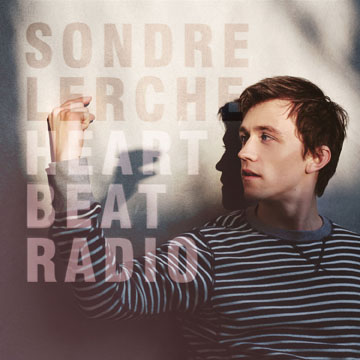 Norwegian singer/songwriter Sondre Lerche’s fifth studio album is once again a reaction to his previous record. After tackling everything from jazz standards (Duper Sessions) to straight-ahead rock (Phantom Punch) and the soundtrack to Dan in Real Life, Lerche has created a grand album of orchestral pop tunes, encompassing much of what he’s learned in his decade-long musical career.

Heartbeat Radio’s string-laden opener, “Good Luck,” sets the tone of the disc, with the always optimistic Lerche singing: “Luck whether good or bad, doesn’t come from justice.” On the retro-sounding title track, the pop troubadour complains about the monotonous state of modern-day radio. And in the melodic, imaginative “Like Lazenby” Lerche identifies with the unpopular actor who played James Bond in the late ’60s.

The eclectic songwriter’s ‘80s influences, be they good or bad, can be heard on the remaining songs. The Cure meets A-ha with Spandau Ballet brass on the lush “Easy to Persuade,” but he gets a little too Prefab Sprout synth-pop on “I Cannot Let You Go.” And the lyrics turn corny on songs like “Words & Music.” But the many faces of Sondre Lerche-whether Chet Baker, Elvis Costello or Scritti Politti- inspired- just leave you wondering what the quirky 27-year-old will do next.