In the new episode of SongWriter, veteran Jeremy Welch talks about his time in the military.

“Twenty years, two months, and twenty-nine days,” Jeremy says. “You don’t really know what you’re getting into. It’s kind of like getting married, or having kids.”

Jeremy worked as a translator in the army. He says that his tours in Afghanistan and Iraq dispelled any ideas he may have had about good guys and bad guys. The insurgents that Jeremy’s unit was fighting were often desperate people with few choices.

“We need food, shelter, water, and boy, I would do anything to get that for my family,” Jeremy says. “Would you transport this explosive device in a car across a couple of state lines? Well, yeah, if it meant that my family is safe and they can eat.”

Trying to do the right thing, and often seeing horrifying, violent consequences as the result did a lot of damage over the years. Jeremy began abusing alcohol, and became suicidal. At his worst moments, he constantly considered different ways of killing himself.

“I found myself consumed for a week, week and a half of those thoughts. Every day, all day,” Jeremy says. “I hit rock bottom, and I just thought, ‘I’m going to do it.’”

Fortunately, Jeremy sought help. As part of his recovery, Jeremy took part in a SongwritingWith: Soldiers retreat. The nonprofit organization uses collaborative songwriting to build creativity, connections, and strengths for the veterans and their families. At the retreat Jeremy attended he was paired with songwriter Maia Sharp. Maia has been working with the non-profit for four years.

“[Soldiers] are trained to go out and handle the gunfire and defuse the bomb. They’re not trained for how to come home,” Maia says. “How do you see what they’ve seen and then stand around a barbecue talking to your neighbor about the lawn?”

Jeremy and Maia wrote a song called “These Boots,” about the equipment that is handed from soldier to soldier, and the common emotional experience that veterans share.

Ben Arthur is the creator and host of SongWriter. He’s @MyHeart on Twitter, and his newest song is “If You Need Me.”

Former Google engineer Blake Lemoine (@cajundiscordian) describes how he came to the conclusion that LaMDA, an AI developed by Google, is sentient. Blake details what LaMDA is, how he tested its capabilities and limitations, and what LaMDA fears most. Songwriter Jonathan Mann (@SongaDayMann) talks about writing a song every day for 14 years, some of his big hits, and about his wildly successful NFT project. Jonathan wrote a song inspired both by the ethics of engaging with LaMDA and one of his favorite episodes of Star TrekBlake's conversation with LaMDASongWriterPodcast.com/Blake-Lemoine-Jonathan-MannTwitter.com/SnogWriterFacebook.com/SongWriterPodcastInstagram.com/SongWriterPodcast 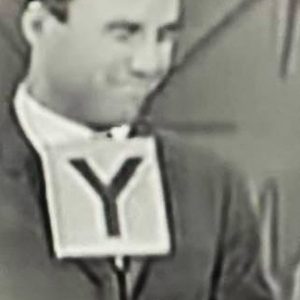 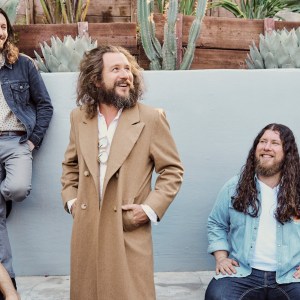