I’m from a small town in Pennsylvania – we were always finding things to do outside of school. Over the years, new interests took over old ones, but the thing that stuck with me was songwriting. Music has always been a huge part of my life.

I still remember the first time I visited Nashville in high school. My family and I stayed at the Fiddler’s Inn and toured the Country Music Hall of Fame. One night we went to The Bluebird and got to hear music by songwriters like Tony Arata (who wrote Garth Brooks’ “The Dance”). That was a pinnacle moment for me. I knew then I wanted to be a part of this community. So after graduation I moved to Murfreesboro, a town outside of Nashville. I attended MTSU for Music Business and started commuting to Nashville, playing small gigs and meeting people.

When thinking about the craft of co-writing and what tips I would offer, it’s important to note that by no means do I feel like I’ve got this whole songwriting thing down. It wasn’t always easy to get to where I am today – in fact, one time I got my guitar stolen and had to borrow a buddy of mine’s for a co-write – but I have definitely learned a lot along the way. I’d like to think I’m still learning every day.

One of the main things is to bring in an idea or title – especially when you’re writing in country music because it’s so lyrically driven. If you don’t have an idea when you start, you can easily go down different rabbit holes and waste time. That being said, I don’t always have great ideas! But I really think the idea part is king with songs.

2. Be Willing To Learn

Never think you have it all figured out. Even if you’re working with someone who isn’t successful yet, you should always be open to new ideas and have a willingness to learn and stretch yourself. You may learn a different way of doing things that will be a good tool to add to your songwriter toolbox. No songwriter, whether a new writer or a Hall of Fame writer, knows it all. It’s still a shot in the dark and you’re still creating something out of thin air.

Some of my favorite writes, and even successful songs, have come out of listening to what my co-writers have to say. It’s important to go into a write with an idea, but it’s also important to be flexible. Whether I’m writing with a co-writer or artist, I want them to have a good experience. Even if you don’t get a great song the first time, when you have a great experience, you’ll get something great eventually. But if the person you’re writing with leaves thinking, “Oh, that person made me feel terrible,” then it’s not good for anyone.

Some of my favorite writes have come out of listening to what my co-writers have to say.

That’s why listening is such an important part of the process. When I think about the successful songs I’ve gotten to be a part of, I know if I hadn’t paid attention to my co-writers, I never would’ve gotten that song.

Discipline is an important part of co-writing. Songwriting is creatively driven so I know it’s natural to lean toward only writing when you feel inspired, which is fine if it’s just a hobby. But if it’s your job, you have to show up. You can’t expect to make a living only writing when you’re inspired. For me, there will be some days I don’t necessarily feel like writing, but I show up and we end up getting a song. I really value being reliable so if I make an appointment with someone, I show up. Honestly the most successful songwriters I know are the ones that do.

If I’m writing with an artist and trying to write a song for their album, I want to make sure I know their music. I’ll listen to their previous album and try to envision what I see them doing or what I want to hear from them next. I think about what we can do that isn’t repeating what they’ve done but still stays true to who they are.

My first hit was “So Small” by Carrie Underwood. It was my first time writing with Carrie so Hillary Lindsey (who had written with Carrie numerous times) and I thought it would be good to get together beforehand and come up with ideas. I think even if it’s something the artist doesn’t like, or if it’s not for them, they’ll appreciate that you made an effort instead of just winging it. One of our ideas was “So Small” and we were able to walk in the next day with the idea, some music and the guitar hook.

When you do prep work like that, you’re ahead of the game. Sometimes the artist will come in and say “Hey, I have this certain thing” and we’ll go with it. But in either case, whether we hit the nail on the head or not, the prep work helped me get into the right headspace.

Luke Laird is a Grammy award-winning country songwriter and producer. 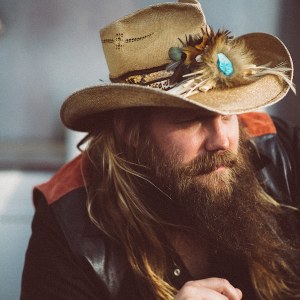 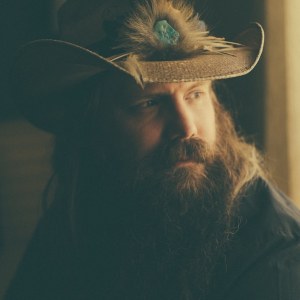