The untimely death of retro soul singer Sharon Jones from pancreatic cancer in 2016 (at the relatively young age of 60) put the future of the scrappy Brooklyn based Daptone label in question. While the imprint had other artists signed to its roster, Jones and her band were the most visible and profitable act. Worse still, her passing was followed closely by that of Charles Bradley, another Daptone star, in the same year.

Both Jones and Bradley had recorded enough new material to release posthumous albums, but that well has now run dry. You can practically hear the wheels turning in the Daptone marketing department’s heads deciding how to get more mileage out of their two most commercially successful names. Of course releasing previously unheard work from deceased performers is nothing new;one look at the steady stream of Hendrix, and now Prince, product is enough to realize how profitably that can done.

But Jones wasn’t nearly as prolific. So it’s back to the Daptone vaults to route around and find enough music justifying a new Sharon Jones retrospective collection. Thankfully, there was enough to yield this concept set of sorts which collects various Jones’ covers. The five heretofore unreleased cuts are bolstered by eight others; some initially on hard to find tributes, others commissioned for commercials and movies. Add a few deep tracks from other releases for a 41 minute, thematically cohesive compilation wrapped around Jones and her band’s creative reimagining of other’s material.

Despite the fact that no one spent much time or effort on this package (at least based on the schlocky cover art and clunky title), the disc is a blast. Jones and her group never phoned in a performance, so these tunes snap, crackle and pop with 70’s styled soul power. Even when the arrangements are nearly identical to the originals as in Wonder’s “Signed, Sealed, Delivered, (I’m Yours”), Fontella Bass’ “Rescue Me” or the far more obscure instrumental of Bad Medicine’s “Trespasser” (notably with Jones MIA), these versions have a soulful swagger and electrifying energy equal to anything Jones and the band penned themselves.

She’s less successful reprising Musique’s suggestive disco hit “In the Bush” but Guthrie’s “This Land Is Your Land” takes on a riveting R&B punch that radically reinvents it. Springfield’s “Little By Little” gets an infusion of Motown sass and that label’s The Marvelettes’ gem “Here I Am Baby” is sexed up in all the right ways. Bob Marley’s obscurity “It Hurts to Be Alone,” arguably his least reggae song, goes 50’s slow dance in Jones’ hands and Shuggie Otis’ crisp “Inspiration Information” is a great find.

Regardless of its compiler’s obvious intent to generate more cash from Jones’ name, this is a consistently enjoyable listen. It’s a lot of fun and a reminder of the enormous talent taken from us as she was hitting her artistic peak.

Check out the feature we did surrounding this release.

Get the Digital Version
Buy from Amazon 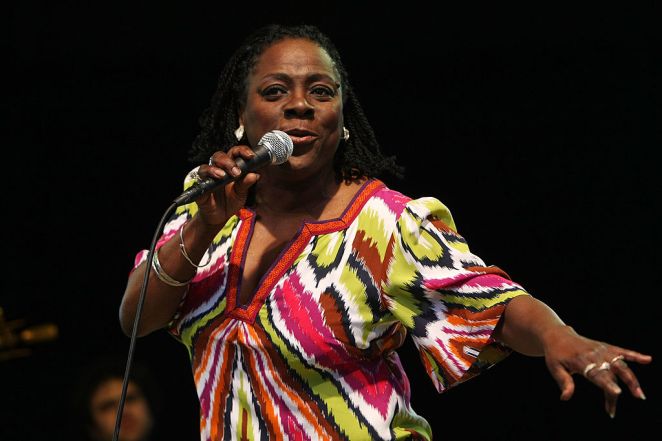 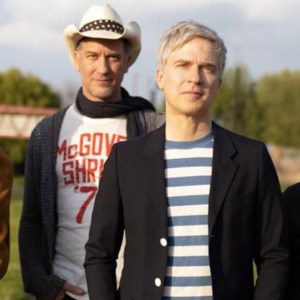 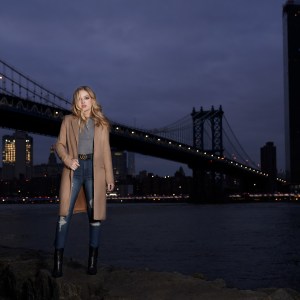