The second half of South By Southwest’s music segment took a turn for the strange and scary as guns, alcohol, crowds and weather seemingly conspired to produce some bad juju. The night of Friday, March 18, a rap showcase at Austin Music Hall was halted after someone was spotted carrying a gun inside as several artists’ entourages pushed past security to enter the at-capacity venue. On Saturday, March 19, actual shots were fired on Sixth Street, the bar-lined downtown Austin strip where hordes of spring-break revelers and SXSW attendees converge annually. No one was injured; two people were arrested, including the alleged gunman.

Meanwhile, Friday’s storm caused cancellations of Coheed & Cambria’s headlining set at a free outdoor concert, as well as the Fader Fort’s lineup. At Willie Nelson’s Luck Reunion, an annual gathering at his Spicewood, Texas, ranch, attendees were encouraged to wait out the rain (and catch a stupendous lightning show) in their cars, or to leave, which many did. Those who stayed squeezed into the Revival Tent or the tiny chapel — and got to hear intimate acoustic sets from Jenny Lewis, Lissie, Lucius, Parker Millsap, John Moreland and of course, the man himself.

While they, um, lucked out, the Giving Tree Band and their fans were not so fortunate. Scheduled to follow Bad Luck Jonathan as the final act at a March 19 Saxon Pub showcase, their set was canceled after the plug was pulled on Jon Langford and company.

A post on Bad Luck Jonathan’s Facebook page reads, “Bad Luck Jonathan will be escorted from the following venues during SXSW.” But Langford expressed surprise when explaining how the band actually wound up in that situation at the Saxon.

After a Sunday gig at Lucy’s Fried Chicken, he said, “They switched the PA off on us and told us to leave. They said we were drunk, but to be honest, I don’t think anyone was that drunk. We’d had a couple of beers. We did the same show at noon at the Yard Dog [Art Gallery], where we all ended up in the audience rolling around on the floor. And they just weren’t ready for it [at the Saxon].”

The club was filled for previous sets by Charlie Faye & the Fayettes, 8Ball Aitken and Shurman, but an audience member who posted a video on YouTube claimed Bad Luck Jonathan nearly emptied the place. They also prompted the bar to stop serving.

He admitted the Chicago-based rock band had cranked the volume. They also like to talk between songs, and some of their comments are not for the easily offended. After soundman Richard Vannoy cut their amps, Langford and fellow frontman Martin “Blueshammer” Billheimer decided they would dance around — shirtless. As they are wont to do. (Langford, the punk/cow-punk character behind the Waco Brothers and the Mekons, has a long history of humorously subversive musical antics.) Still plugged in, guitarist Phil Wandscher, bassist Alan Doughty and drummer Joe Camarillo continued to play as the pair jiggled their exposed bellies.

“Maybe it was a little too homoerotic for them,” he said, “‘Cause we’re middle-aged men and we’re sexy … it felt like being in the Sex Pistols or something. Everybody was staring at us like they hated us and it took a while to work out what was going on, ’cause we were just doing our normal set.”

As it turns out, the Giving Tree was behind the power cutoff. The backline was theirs, and they suspected their gear was getting damaged. A YouTube video capturing the dance said the recording started after an onstage brawl (likely not actual), Billheimer falling on his back and Langford sitting on him for a guitar solo.

But according to the Giving Tree’s manager, the bandmates — also Illinois residents — weren’t upset, and in fact enjoyed what they heard. Via email, band member Eric Fink said, “We’ve always appreciated Jon Langford and his immense contribution to art and music, but didn’t even recognize him on stage in Bad Luck Jonathon. Their set was a mix of punk rock and drunk rock … unfortunately, our equipment was being damaged, so we were forced to unplug their instruments. When it was over, the guitar player approached us, apologized, and assured me he would pay for any damage. I didn’t realize who it was until he gave me his name and cell number. I read ‘Jon Langford’ and I said, ‘THE Jon Langford!’ Never thought that’s how I would get Jon Langford’s cell phone number! … We played a few acoustic songs for a couple of fans who stuck around, packed up and had a good laugh.”

On Sunday, Langford joked, “I’m Welsh, and it’s probably deep in my bones and in my DNA, the desire to destroy Saxons. So last night was just an involuntary manifestation of that.” 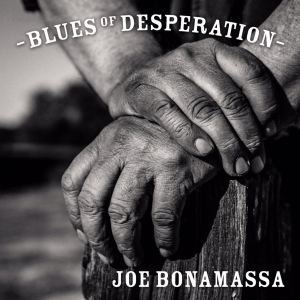 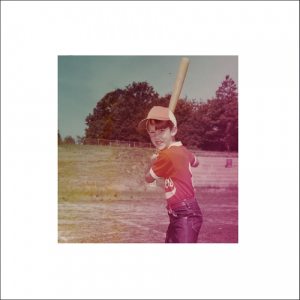