In 2010, Katie Crutchfield began writing and recording songs under the name Waxahatchee.

In the decade since, Crutchfield has amassed a musical output that is as uniquely American as the Waxahatchee Creek in Alabama which serves as her namesake. Beginning as a bedroom artist long before the trend hit the mainstream (Billie Eilish was in third grade at the time of Waxahatchee’s debut), Crutchfield’s creative evolution has seen her go from lo-fi, acoustic recordings to momentous, genre-bending LPs, all while retaining her unparalleled perspective and voice.

“When I look back at every element of my career — both creatively and on the other side — I feel like everything happened at such a healthy pace,” Crutchfield says. “I never got ahead of myself. I never took a risk I wasn’t ready to take.”

Now, eight years removed from her seminal debut album American Weekend, Crutchfield is taking on a new type of risk — rediscovering herself as a sober artist. This March, she released her fifth album, Saint Cloud, which features a new level of clarity and vulnerability in its songwriting.

“I see the end of the touring cycle for Out In The Storm as being the beginning of everything,” Crutchfield says, referring to her 2017 rock album which marked her biggest step away from the sonics of her acoustic beginnings. “It was super imperative at the time for me to make that record — I was needing to process some anger through music. But as the tour was winding down, I became deeply aware that the sound of that album was not going to be sustainable for me. I was going to need to make the next record something pretty different tonally, but I didn’t really know what. That’s where it all started.”

While she was grappling with a desire to become sustainable as an artist, Crutchfield also began the process of becoming sustainable as a human being. “The trope of the tortured artist who struggles with substance abuse was very much alive in my mind; it was a self-mythology,” she says.

“I thought that drugs and alcohol were part of my process, that the lifestyle and the exciting things it leads to were what inspired me to write — those were my stories,” she says. “I think I always had this weird mental block about quitting because I was thinking, ‘Well, what am I going to write about?’”

Nevertheless, Crutchfield found the strength and courage to get sober and took about a year off from music to get to the bottom of the writer’s block she experienced while subscribing to the tortured artist mythology. She came back with a resounding answer to the conundrum: “That mythology is total bullshit.”

She explains that in trying to rebuild her writing process without substances, she was able to find a sense of lucidity that was previously absent from her work. “Saint Cloud is the clearest vision I’ve ever had and I certainly think that circles back to my sobriety,” she says. “I was really just trying to prove it to myself that I could have cool things to write about, and I’m proud of the outcome. I very deeply feel like this is my favorite thing I’ve ever made.”

In addition to the newfound lifestyle, Crutchfield’s newfound creative approach is evident on Saint Cloud, which bolsters a more Americana sound than her recent records. This was developed by both her desire to connect with her musical roots and her collaboration with Detroit’s Bonny Doon, who serves as her backing band on the record.

“I feel that I’ve always walked the line between Americana and punk,” she says. “I’ve always had one foot in both camps, and with this album, I wanted to take a step further into the Americana camp. Hearing Bonny Doon’s interpretations of my songs, I had an immediate reaction to it. I was like, ‘This is exactly the sound!’”

After finding that sound, Crutchfield explains, she was able to fully flesh out the songs into the masterpiece that is Saint Cloud. “Writing songs, to me, is sorta like this weird magic that you have to not look at too closely and not question too much,” she says. “When it’s happening, you know it’s happening. Being able to do those sessions, hash out the instrumentation and then take those demos back home to sit with them, listen to them over and over again, is what really inspired a lot of the lyrics.”

To Crutchfield, this process of self-betterment and constant improvement is what being an artist is all about. She sees each new revelation as another tool in her belt, each creative endeavor as one step closer to unearthing her artistic truth.

“As an artist who’s made many records and ideally would love to just continue making records, I think that what we’re doing, if you zoom out, is chipping away at what our voice is, what our truth is,” she says. “I think that with every album I’m getting a little closer.”

She will play a virtual concert this evening with Ivy Tripp, tickets are $15. 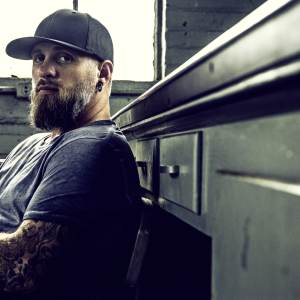 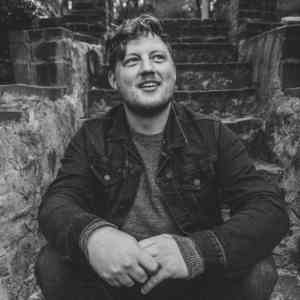