It’s 8 p.m. central time, and Brantley Gilbert is ready to talk. Back in September, he and his wife Amber welcomed his second baby, a girl—the couple had their first child, Barrett, back in 2017—so now “after hours” are Gilbert’s new working hours. The past few months have been life-changing as fatherhood expanded, and like everyone else, Gilbert’s world turned upside down just months after releasing his fifth album, 2019’s Album Fire and Brimstone, when COVID-19 hit.

Postponing his Fire’t Up Tour, which was kicking off this March, Gilbert has used his time off to spend time with the new baby and attempt to write via Zoom. Writing via video conference has been the bigger challenge. “I love the energy of a room, and I love the idea of being in a room with somebody, having a face-to-face conversation,” Gibert tells American Songwriter. “That’s what leads to writing, but the video thing is just a hard vibe.”

After releasing two singles from the album—“Fire’t Up” and “What Happens in a Small Town,” which hit No. 1, Gilbert moved away from the album and circled back to a song he’s had sitting in his inbox for nearly two years.

“Hard Days” says it all. Rough around the edges, the stirring ballad, written prior to COVID, narrates the good and the bad of hardship, hope, and healing in its anthemic If you never had hard days / If you never had a heartbreak / Never had more than you can take / Or carried the weight of life on your shoulders / Would you feel like you earned it? / Would you live with a purpose? / Or ever known your own strength.

Originally penned back in 2018 by Brantley, Jimi Bell, Brock Berryhill, Jay Brunswick, and Logan Wall, “Hard Days” was a big shift for Gilbert, who usually insists on having a deeper role in the songwriting process. “I don’t really like the idea of there being a finished product and then trying to come in on the end of it and write on it,” says Gilbert. “Everybody who knows me well knows that’s just something I don’t do. I don’t cut outside stuff, but this was the exception. I heard it, and it was something that stayed in me forever. If I passed it in my inbox, I’d always stop and play it.”

When “Hard Days” was presented to him, it was pretty much done. Berryhill sent him the track, and Gilbert found it difficult to contribute anything.

“What they already had was absolutely amazing,” says Gilbert. “For me, instead of really being in the development phase, I made the story mine and changed some things to where it was in my language, but I didn’t really change the narrative or any of that.”

For so long, “Hard Days” didn’t fit the storyline of Fire and Brimstone and just stood on its own, says Gilbert. “All of my albums are chapters of my life, so it just never really seemed to fit exactly,” he says, and in the midst of COVID-19, it was time for the song to come out. Gilbert spend a few days digging deeper into the song to make sure it was in his language, while keeping the whole of it intact.

“I just felt like people need to hear this song,” says Gilbert. “I do believe that everything happens for a reason and this just felt special,” he says. “It had been written for a long time, and I didn’t change anything that we had originally written to fit the narrative. Anything else that we’re dealing with right now is really just written about hard days.”

Gilbert loves the message of “Hard Days,” because it’s not preachy, and it’s not giving instructions on how to deal with hardship. “It literally meets you where you are,” says Gilbert. “Being a recovering addict, I remember going through situations in my life and one of my least favorite things for people to say to me was ‘I know what you’re going through,’ or ‘I know how I feel,’ because no, you don’t know. We’re all as different as our fingerprints, and all of our life experiences are so drastically different that it’s just such an ignorant thing to say.”

Instead, “Hard Days” rings out more conversational. “It’s more you gotta take the good with the bad,” says Gilbert. “I think I made it okay for a guy like me to hear that. It seems to be something that literally touches people and moves them.”

For now, Gilbert wants to see how far he can drive “Hard Days.” “This will be it until the wheels fall off,” he says. “I feel like it’s special enough that I really just want to give this one everything I’ve got.” 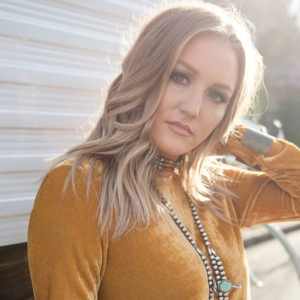 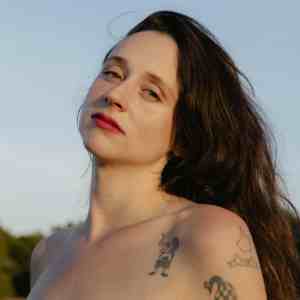