Tens of thousands of fans flocked to Charlottesville, Virginia on September 24 for a night of music and unity. Hosted and headlined by local hero, Dave Matthews Band, A Concert for Charlottesville featured a diverse lineup of musical heavy hitters including Justin Timberlake, The Roots, Pharrell Williams, Ariana Grande, Cage the Elephant, Chris Stapleton and Brittany Howard of Alabama Shakes. The packed Scott Stadium audience — and live stream viewers – also witnessed surprise performances with an early set from Chris Martin and Jonny Buckland of Coldplay and a stirring late night cameo from the legendary Stevie Wonder.

The Charlottesville that rocked recent news headlines was a far cry from the Charlottesville that Matthews has known for decades, after forming his band there in the early ‘90s. Matthews opened the powerful and uplifting night of music with acoustic guitar in hand, performing a poignant solo of “Mercy” off DMB’s Away From the World. He then introduced Susan Bro, the mother of Heather Heyer. Heyer was killed August 12 when a white supremacist drove his car into a crowd of counter-protestors. The group was protesting a rally that brought scores of white supremacists and Neo-Nazis to Charlottesville to protest the removal of a statue of Confederate leader Robert E. Lee. Two Virginia State Troopers, Lt. Jay Cullen and trooper pilot Berke Bates, were also killed that afternoon after their helicopter crashed while in operation monitoring the conflicts in town.

After reading a poem he had written in the wake of the tragedies, Cage the Elephant front man Matt Schultz joined the rest of his band. With a prowess and strut that would make a young Jagger proud, Schultz and his band mates powered through four songs, “Punchin’ Bag,” “Cold Cold Cold,” “Trouble,” and “Come a Little Closer” — tunes that earned the Kentucky punk-rock group international acclaim and a Grammy.

Virginia native and pop crooner Pharrell Williams — who later joined The Roots onstage — announced the first of the evening’s surprise musical guests. Thousands cheered as Coldplay’s Chris Martin and Jonny Buckland walked onto the stage. After opening their set with the piano-driven “The Scientist,” Martin and Buckland marched through a light and spirited run of Coldplay favorites, including “Adventure of a Lifetime,” “Viva La Vida” and a Chuck Berry cover, “You Never Can Tell.” The duo traded friendly guitar jabs, gave shout-outs to the nosebleed seats, and discussed tryout callbacks for the UVA Cavalier cheerleading squad between songs.

Long known for their late-night shift as Jimmy Fallon’s kickass house band, The Roots brought their entire Philly funk factory for their set. Vocalist Tarik “Black Thought” Trotter commanded the stage while fellow bandleader Amir “Questlove” Johnson kept the time. The group delivered power-packed numbers featuring “Bilal” Sayeed Oliver, such as “It Ain’t Fair” the Temptations’ “Ball of Confusion” and Curtis Mayfield’s “Move On Up,” both with Brittany Howard of Alabama Shakes. The vocal power of Bilal and Shakes’ leading lady demanded an audience, and the Scott Stadium crowd returned the love.

Pharrell, a native of Virginia Beach, has always kept his home state on his mind. He promoted messages of peace, unity and equality to the crowd, as the The Roots backed him through some of his recent hits including ”Happy,” “Blurred Lines” and “Get Luck.”

Chris Stapleton’s surprise performance brought a sea of cheers and cell phone screen lights from across the stadium. The country-blues singer-songwriter and former SteelDrivers front man shared the stage with his wife and vocalist Morgane Stapleton. He performed“Sometimes I Cry,” as well as “Broken Halos” and “Fire Away,” before closing with David Allan Coe’s “Tennessee Whiskey.” The prior evening, the Stapleton’s shared the stage with Justin Timberlake at Pilgrimage Music and Cultural Fest in Franklin, Tennessee, where Stapleton and Timberlake reunited onstage for the first time since their thrilling 2015 CMA Awards performance.

Justin Timberlake opened his set with a cover of Sam Cooke’s “A Change is Gonna Come” and dialed up the energy with the help of his Tennessee Kids backing band. The Memphis native showcased the effortless hustle and showmanship he has perfected since his days in N’Sync. From ballads like Bill Withers’ “ Lovely Day,” to pop radio monuments “Cry Me A River,” “SexyBack,” “Can’t Stop The Feeling,” JT didn’t need any bells and whistles of a major stage production for his performance. He relied on his impressive range of vocals, dance moves, the Tennessee Kids’ backup and finally the entire stadium singing along to “Voices” to end his set.

To close the night, headliner Dave Matthews Band delivered its only show of 2017, and its first show at Scott Stadium since 2001. Beginning with the charged opener “Don’t Drink The Water,” Matthews and Co. worked through a steady set from across their timeline, including “Warehouse,” “Satellite,” “Seven,” “You Might Die Trying,” and “Gray Street,” before welcoming the incomparable Stevie Wonder to the stage for three tunes — “Love’s In Need Of Love Today”, John Lennon’s “Imagine,” and a swanky bass-heavy duet with Matthews on “Superstition.”

In the close to two decades Matthew’s last Charlottesville show, he has explored the human narrative through his songwriting and used his music to address equality, love, innocence, racism, hope and optimism. During his opening remarks Sunday night, Matthews offered his thoughts on the once-sleepy Southern college town turned dynamic and diverse city where he formed his band.

For one night, hometown favorites — now global ambassadors of music and community — gathered for a legendary lineup of artists, brought together to heal the Charlottesville and UVA communities. Hopefully, the optimism built Sunday night within the walls of Scott Stadium continues to grow, flourish and spread. 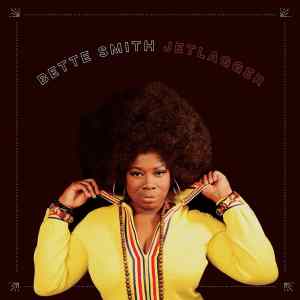 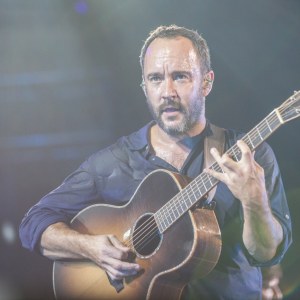