Steve Miller
Welcome to the Vault
(Capitol)
Rating: 3.5 out of 5 stars

It’s hard to explain why once prolific, now aging rockers often lose the initiative to compose new material. But with the exception of Van Morrison, Paul McCartney and a few others, that is often the case. And it certainly is with Steve Miller, who last penned original tunes back in 1993. This is a guy who was cranking out two releases a year when he started back in 1968.

Perhaps he feels his graying fan base doesn’t want more songs. Certainly someone decided that those who already own the majority of Miller’s bulging catalog have enough cash to splurge for this expansive three-CD/one-DVD box, which includes a 100-page hardbound book and pushes past the $75 mark, even when discounted. For those diehards, these 52 audio selections (with 21 more on DVD, most previously unreleased), should provide sufficient bang for the buck. An edited 13-track single disc is also available for those with thinner wallets.

The primary emphasis and overriding theme, both for the music and for veteran rock writer David Fricke’s accompanying 7,000-word essay, is Miller’s love of the blues. Those who only know the singer/songwriter/guitarist’s dozen or so pop radio hits from his mid-’70s heyday might not realize how deeply Miller has been affected by the genre. But established fans understand the enormous influence the music has on him. His last two albums, from 2010 and 2011, were devoted to blues and R&B covers, some well-known but most fairly obscure.

This compilation starts off with 32 minutes of Miller kicking out the blues live, including 1967’s roaring “It Hurts Me Too,” as he backs Chuck Berry who sings the classic. It closes with two versions of “Lollie Lou,” one performed at Miller’s house by T-Bone Walker in 1951 and a newer 2016 version with Jimmie Vaughan on second guitar. In between we get a bunch of generally exciting and heretofore unheard live performances, alternate takes and even a few once lost items, like the soulful gospel of “That’s the Way It Has to Be,” finally available after hiding out in Miller’s titular safekeeping place.

While newly unearthed early tapes of smashes such as “Jet Airliner” and “Rock’n Me” aren’t much different than the finals, others, like a jazzed up “Take the Money and Run” and a spaced-out “Fly Like an Eagle,” show how the songs went through a few permutations to get to the form we’re familiar with. But the compilers inexplicably decided to include standard studio cuts of tracks like “Abracadabra,” “The Joker” and “Space Cowboy,” which are already on virtually every other Steve Miller compilation. Even if they wanted to reprise those titles, why not find live or alternate takes?

Thankfully some of the bluesiest inclusions, like Miller working up perfectly credible versions of Otis Rush’s “Double Trouble” and “All Your Love (I Miss Loving)” along with impressive covers from Bo Diddley, Jimmy Reed (a rousing guitar duet with Les Paul on “I Wanna Be Loved”) and Willie Dixon, are well worth hearing, especially when Miller lets loose on guitar. With judicious pruning this could have been a focused two-disc compilation featuring Miller’s rarities in the blues, country and folk fields, leaving the slicker material for another time. Still, if you’re a fan with deep pockets, there’s plenty of quality music here to keep you busy, at least until the next dive into Stevie “Guitar” Miller’s substantial vaults.

Perhaps he’ll even write more songs by then too. 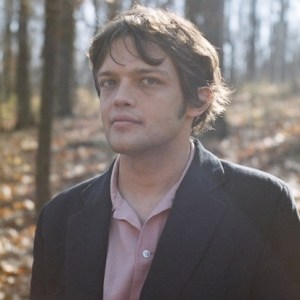 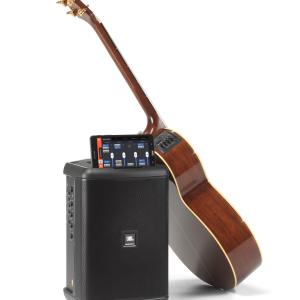