A supergroup of sorts, Band of Heathens came together after singer/songwriters Ed Jurdi, Gordy Quist and former compatriot Colin Brooks convened at the Austin club called Momo’s, the same place that provided the locale for the band’s live debut. That sense of euphoria and mutual discovery has been the band’s calling card ever since, one of the reasons why they’ve released nearly as many concert collections as they have studio offerings.

Stranger, the band’s new album, belies its title, given the communal feel that allows each of the players — Jurdi, Quist, keyboardist Trevor Nealon, drummer Richard Millsap and bassist Jesse Wilson — an opportunity to fully engage, and in the process, create a decidedly cohesive sound. The album takes its name from the Albert Camus novel and cinematic classic Stranger in a Strange Land, and while the musicians hail from different locales, the sound syncs perfectly across the expanse of its ten tracks. Producer Martine Tucker’s influence is obvious, thanks to sonic soundscapes that whisk the listener along, whether through the brisk pacing of the strikingly assertive “Vietnorm,” the effortlessly upbeat “Dare” or the uptempo travelogue of sorts, “Asheville Nashville Austin,” a tribute to their respective hometown environs. On the other hand, they also allow plenty of room for reflection, as effected by the album’s touching template “Call Me Gilded,” the measured and meaningful “South By Somewhere” and the set’s thoughtful coda, “Before the Day Is Done.”

The fact that these songs are so immediately accessible underscores the band’s stated  intent, that is, to somehow bridge the divide that’s been so exacerbated by politics, the pandemic and an obsessive media-driven culture that thrives on division and discontent. “It’s a real thing of beauty when you’re lying to my face…tell me how do you sleep at night,” they ask in “How Do You Sleep,” a song that questions the barrage of misinformation and contradictory commentary that readily promotes an excess of doom and gloom. ““Tell me, what’s all the shouting for, what’s happened to forgiveness…we’re getting used to it,” they intone on the outraged yet insightful “Truth Left.” Likewise, when the band decries the fact that “talk is cheap,” on one of the album’s most moving entries, “Call Me Gilded,” they affirm the fact that each of us as individuals is responsible for combing through the clutter and finding way forward.

Indeed, this particular Stranger speaks volumes, and, in turn, beckons us all to listen.
Check out the band’s website to buy:  https://bandofheathens.com/ 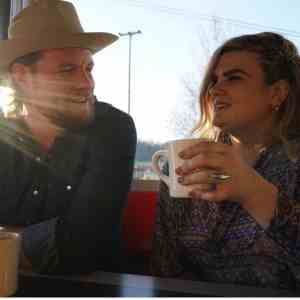