Among the thousands of songwriters reading this magazine, a number of you are either songwriters striving for your first success, or songwriters who have climbed the mountain only to tumble down and are patiently experiencing your second-and more difficult climb.

In each case there are moments of supreme frustration, when it seems there is virtually no chance to take your music to the world and actually make a living. Perhaps you live way out in the bush somewhere and cannot imagine yourself making a pilgrimage to Nashville, L.A., New York or some other music center. Perhaps you live in one of these locations and still make an effort, but the people in the power positions don’t open their doors, or their ears, for you. Either way, you are bound to feel wistful at least or furious at most that there is no direct link between the songs you create and the dreams you have for them.

Well, many times I have insisted that you must be present to win; notwithstanding the exceptions, that is still rule number one. But let’s assume that either you are present, or you believe in your soul that some day you will be present. Meanwhile your psyche must survive. I believe that the best way to survive is by taking your songs seriously.

Songwriters generally can divide their songs into two categories: valuable and worthless. There is no in between. No, I mean that. Sounds cold, but there you have it. If you are lucky, you have at least one copyright that gives and gives and gives, year after year, and you find that it earns you more money than all the rest of your songs combined-including those that had their day in the sun, and on the charts. Having said that, I now urge you to ignore that obvious fact, because many of your “worthless” songs might be valuable.

Most professional songwriters I know forget this fact. They begin to disrespect the songs they’ve written that didn’t get demoed, or got demoed but didn’t get a lot of pitches, or got a lot of pitches but never got recorded, or got recorded but never made it on an album, or made it on an album but never got noticed. They think of the songs they wrote 10 or 15 years ago and smile condescendingly.  “How quaint,” they say, as if these songs were the neighbors’ idiot children, not even their own.

Well, come on. I want you to respect these kids and the parent that gave birth to them so long ago. There was a reason why you expended good creative energy writing these songs. At the very least they are windows on your creative past. You need to look at songs you haven’t visited in years. You need not only to listen to them, but get out your guitar or keyboard and sing them, paying attention to the lyric, melody, rhythm and phrasing. Seek to recapture whatever magic may have gotten you started on that song in the first place. You may find that: 1) You want to bring that song back into the sunshine.   2) You want to rewrite it or re-demo it. 3) You still like the idea, or it reminds you of a new idea and it’s time to cannibalize it for the sake of art and career.

Most important, revisiting with love and care should remind you that you believe your songs are important to you, not because they’ve made you money, but because you’ve committed much of your life to writing them. Whether they do or don’t have any financial or artistic significance to the world is immaterial. When you decided you wanted to be a songwriter, it was because writing songs meant something to you, right?  Respect yourself by respecting your songs.  Experience them anew, especially the ones you haven’t heard for awhile. Even savor them. When you start doing this, don’t start beating yourself over the head about the fact that the industry-or the world-doesn’t appreciate them. That’s just a way to drive yourself crazy. Just appreciate them, and if you like, play them for that small group of friends that was always on your side.

I’m serious. Be serious about your songs and your career. It’ll help you through the hard times. You’ll see.

Photo by Nik Shuliahin on Unsplash 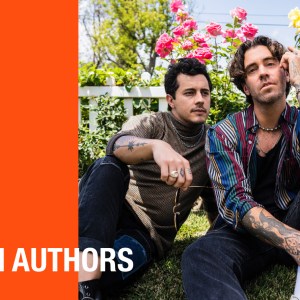 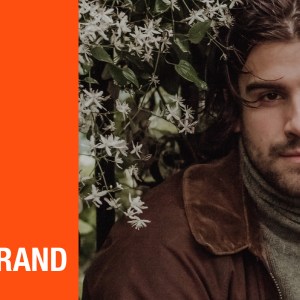