Song publishing was once a simple, straightforward process: Listen to the songs your songwriters have written. Demo the best of them. Pitch them to the appropriate producers and artists. Rejoice when one of the songs gets recorded. Rejoice again when the song is selected to be a single. Rejoice yet again as the song climbs the charts. Rejoice again when the mechanical and performance royalties come rolling in.

Those were the good old days. Not surprisingly, life at the publishing companies today is different. Just ask Terry Wakefield, senior vice president of creative at the mighty Sony/ATV Music Publishing organization. Terry commands as much respect as any song man on Music Row.

As with all aspects of the music business, technology has changed everything – for better or for worse. Technology has made songplugging a beautiful thing if you have great connections with the artists. If a big artist is on the road and he’s planning to record as soon as he comes off the current tour, it’s never been easier to run new songs by him/her. Just send the artist an MP3. He or she will download the songs on the bus and have time to listen at his/her leisure. The ease and portability of music in the digital age is a plus. “I still take my four or five songs to pitch meetings,” Wakefield says, “but I also have an iPad loaded with tons of songs, so if our conversation brings a song to mind, I’ve got it right there to play.” Gone are the days of a songplugger walking into an A&R pitch meeting loaded down with demos. You can bring a whole year’s catalogue with you and come up with just the right song, at the right moment.

But the biggest change, Wakefield says, is the role publishers play in the careers of their songwriters. “We have to wear managerial hats for our writers,” he says, “so not only will they write with the right writers, but with the right artists.”

In the old days – creatively speaking – songwriters were much more independent. They’d simply write by themselves or choose co-writers and write the best they could. These days, it’s important for songwriters to network with other writers that bring professionalism and experience to the table. Those are the writers a plugger wants his writers to write with. The songplugger also wants his writers writing with artists who like to cut their own songs – artists who don’t just sit in the room dreaming of Grammys while the co-writer toils with the muse. Publishers can’t have their talented songwriters wasting time on co-writes that don’t have power behind them.

Publishers are also extremely concerned about future revenue streams. We all know that record companies have been struggling with shrinking sales while publishers have continued to prosper on their performing income, but the industry consensus is that shrinking ad revenues at radio stations will mean tough negotiations between broadcasters and ASCAP, BMI, and SESAC. That could mean a drop in performance income to go with the sharp drops we’ve experienced in record sales, says Wakefield. There are new revenue streams coming all the time, thanks largely to the Internet, but, he says, “It’ll take some time before the Internet makes up for the revenue we’re losing in our more traditional areas.”

Inevitably the publishing industry will find a way to monetize and prosper off the many commercial websites using published music on the Internet. There are tens of thousands of commercial Internet sites, from YouTube to the tiniest streaming audio station, and every one of them that uses music from the performing rights organization catalogues must pay license fees. It’s up to the industry to find them, and gradually they will figure out how to do it. Now, I know, there are readers here who hate the music industry because it dares to prosecute people who steal their music. But I believe it is right that songwriters and publishers get paid for the music they have created and nurtured and right now the industry is heading toward a tipping point. They must find a way to replace lost revenues or the music industry as we know it will disappear.

Before the industry truly finds a way to flourish in the digital age, publishing companies could face some problems. In the old days, Nashville’s biggest and best publishing companies were owned and operated locally by individuals who loved publishing and understood that it was a cyclical business. Today, many Nashville publishing companies answer to tough executives in New York and London who are obsessed with the bottom line in each of their divisions. If the execs see a shrinking bottom line in Nashville, their solution might well be downsizing, relying more on catalog and less on new music, or some other counterintuitive measure that would sacrifice long-term success for short-term profitability.

I believe that many of these publishing companies will continue to survive and even thrive. And they will continue to build songwriting careers. Yours could be one of them. For years I’ve been writing about the specifics in this column. I’ll make a general point right now. Professional songwriting is a profession. You have to learn the craft, and you have to learn the business. You can’t treat it like a hobby. Creating a career in almost anything worthwhile involves finding your way inside, meeting people, and convincing them that you’ve got something they need. Skill is important. Understanding the product is important (and don’t get mad because I use the word product). Persistence is important, and the ability to project the right attitude is important. The music publishing business may be changing. The music itself changes. But the qualities that dictate success pretty much stay the same. 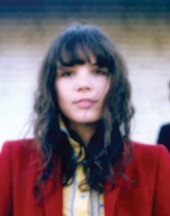 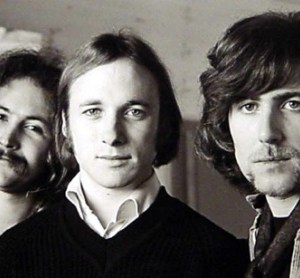