When Nashville songwriter Rayland Baxter first walked in Thunder Sound studios, he didn’t know it would be his home for the next two months. Housed in an old rubber band factory in Franklin, Kentucky, 40 minutes north of Music Row in Nashville, Baxter was first attracted to the studio for its location. “It’s in the middle of a couple cornfields,” Baxter says. “It’s quiet at night.”

By day three, Baxter was in love. “I found my harmony there,” he says.

Founded in July 2016 by Kentucky songwriter Billy Swayze, Thunder Sound is rapidly becoming one of Kentucky’s premiere destination studios. It has even attracted the attention of former Stax co-owner and recording legend Al Bell, who traveled from Memphis to visit the budding operation. “He said he got the same vibe as the first time he walked in Stax,” Swayze says. “A comfortable, homey vibe.”

No doubt that comfort played a big part in Baxter and other songwriters’ interest in the studio. “It’s like a resort, but with lots of great gear,” Baxter says with a chuckle. “One of the old office buildings they turned into a little motel. You can stay there and stay focused on making a record or writing songs. Or walking around in the corn fields listening to the coyotes.”

Maintaining a constant workflow is one of Thunder Sound’s biggest strengths, Baxter says. “After I was done writing all the songs I cut 10 demos up there in the same room I wrote them in.”

The studio itself is 4,000 square feet inside. Sixteen rooms are setup for recording, some hardwood, some tiled, some carpeted, offering up an array of sonic possibilities.

The most unique room is the Thunder Chamber, where the studio lives up to its name. Through strategic microphone placement, Swayze built an echo chamber that gives a signature natural reverb and slapback to instruments recorded in adjacent rooms. “People pay big money for gear that emulates what the Thunder Chamber does naturally,” Swayze says.

Swayze’s love of organic sound doesn’t end there. The studio is loaded with vintage gear and recording equipment. Aside from an assortment of tube amps and preamps Swayze has over 25 vintage keyboards and synths hooked directly into the mixing console.

“I got really into keyboards for a year straight,” Swayze says. “I quit playing guitar and just focused on keyboards, so that’s where those came from.”

A baby grand piano and several old organs are spread throughout the studio, including in the kitchen, in case visitors want live music with their meal. Also located on the 100-acre compound is a 3,800 square foot rehearsal hall and an outdoor stage and bar area. “We call it the Thunder Shack,” Swayze says.

Assisting Swayze in day-to-day operations is in-house engineer Matt Schenck, whose credentials include time at Germanos Studio in New York and several years touring and recording with jamtronica band The Disco Biscuits.

Rounding out the crew is Tiger Merritt of psychedelic rock band Morning Teleportation, who also serves as an engineer. Most of the mixing is done on a 1975 MCI JH 416 console and Thunder Sound is also armed with a 440C Ampex 8 Track tape machine, which Swayze says came out of Nat King Cole’s studio.

Hanging on the wall by the front door is a picture of Swayze’s father, “Beautiful” Bruce Swayze, a former professional wrestler who made his name in the ’70s, just one of many relics leftover from the building’s past.

Swayze’s grandfather William H. Spencer was one of the pioneers of the marketing of rubber bands. Spencer founded the Alliance Rubber Company in the 1920s, and the business took off. Eventually it outgrew its offices in Franklin, Kentucky, leaving behind the abandoned compound that would become Thunder Sound studios.

Swayze started using one of the buildings as a place to practice and jam with friends, but it quickly evolved. Growing up as a fan of classic rock and soul music not only influenced Swayze’s taste in gear, but the entire conception of the studio, which Swayze says evokes classic studios of the ’60s and ’70s without excluding modern amenities. “To my ear, I prefer the sound and the fullness of vintage analog equipment,” Swayze says. “I know I’m not alone.”

Baxter calls Swayze his favorite part of Thunder Sounds, even more than the cornfields and the wild coyotes. “He’s the creator of that place, it’s all his gear,” says Baxter. “He loves music and has a lot of soul, and great taste as well. Ain’t no plugin around that’ll get you that thunder sound.”

Despite being less than a year old, Thunder Sound is already attracting big clients. Cage The Elephant guitarist Brad Shultz recently started working at Thunder Sound with his younger brother’s band, Dan Luke & The Raid, and says he hopes to work on more projects at the studio in the future.

“It really does set a vibe for creativity to flow naturally,” Shultz says. “Pair that with endless analog gear and the stage is set for some big things to happen there.” 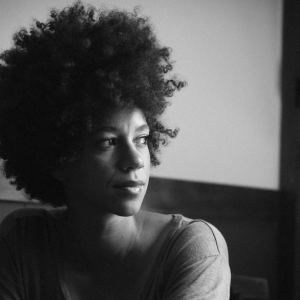 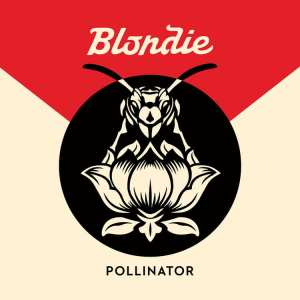