At this point, the only way South By Southwest could outdo the starpower of its 30th-anniversary keynote speakers would be to lure the pope. After the president of the United States opened the interactive conference on Friday, March 11, the first lady kickstarted the music conference on Wednesday, March 16, in a roundtable discussion with rapper Missy Elliott, songwriter Diane Warren, actor Sophia Bush and moderator Queen Latifah.

Thankfully, SXSW planners pulled back a bit on the wattage in other areas. Jimmy Kimmel did not show up to tape a week’s worth of shows; Prince- and Lady Gaga-level artists were nowhere in sight; and Iggy Pop, the Avett Brothers and Ryan Adams (the latter two sharing a Wednesday-night bill) seemed to be about as hefty as it got — unless you count honorary Austinite-for-life Robert Plant, who appeared at Wednesday’s Austin Music Awards to perform in tribute to deejay Paul Ray.

One notable element of this year’s event is the juxtaposition of generations. On Thursday night, Loretta Lynn sang “Coal Miner’s Daughter” at Stubbs and Dion, accompanied by guitarist Jimmy Vivino, sang “Run-Around Sue” in the Driskill Hotel’s Victorian room. Meanwhile, at Maggie Mae’s, some 20 young acolytes paid tribute to the Ramones at a Grammy Museum showcase. Earlier, panelists discussed the power-punk band’s trail-blazing role and enduring influence in a session titled “Celebrating 40 Years of the Ramones.”

Youth was a focus of Michelle Obama’s keynote; she used the platform to spread a message of female empowerment through education and push Let Girls Learn, a government initiative to secure educational opportunities currently lacking for 62 million girls worldwide. Sales of a Warren-penned song, “This is For My Girls,” will help fund the effort.

Plant came to honor Ray, who played vintage blues, soul and R&B cuts every Saturday night for more than 35 years as the beloved host of public radio station KUT/KUTX-FM’s “Twine Time” before passing away on Jan. 15. Plant became a huge fan and supporter of the show while living in Austin with then-girlfriend Patty Griffin. Wednesday night, he shared a Hilton Hotel ballroom stage with a large musical contingent including house bandleader Charlie Sexton and Grammy-winning blues guitarist Jimmie Vaughan, whose late brother, Stevie Ray, honed his chops as member of Ray’s band, the Cobras.

Plant said Ray’s show “reminded me of everything that was beautiful about a 3-minute or 4-minute song: motion, color, story, humor.”

He and the band then rocked through the Coasters’ hit “Youngblood”; the Jive Five B side “When I Was Single”; and the Drifters’ “Let the Boogie-Woogie Roll.” Clearly having a blast performing those doo-wop and R&B nuggets, Plant even frugged a bit, then shook a tambourine during the all-hands-onstage rendition of the Alvin Cash & the Crawlers instrumental made indelible to listeners as Ray’s theme song.

But the loss that has so many SXSW attendees reeling was the passing of co-founder Louis Jay Meyers on March 11, the very morning he’d planned to attend President Obama’s keynote. Meyers, who screened talent for showcases until he stepped down in 1994, was a tireless musicians advocate — as well as a banjo, pedal steel and guitar player. From 2005-2014, he served as executive director of Folk Alliance International, and was still a major presence at the organization’s February conference in Kansas City.

The Wednesday-afternoon Folk Alliance showcase at Threadgill’s, featuring talent he’d handpicked, became a moving memorial. Bill Kirchen led a sing-along to “Somebody’s Goin’ Home” and Kansas City band Making Movies discussed how much Meyers’ mentorship meant to them. Another tribute was slated for Friday evening, and more were expected at the Conqueroo/Jenni Finlay Promotions Rebels & Renegades party Saturday afternoon at Threadgill’s. Meyers had moved his event to Wednesday so they could have that slot for performances by James McMurtry, Way Wylie Hubbard, Whitney Rose and other roster acts, including Sam Baker — whom Meyers managed.

As Meyers always said, “The show must go on.”

Correction: An earlier version of this article referred to Patty Griffin as the “then-wife” of Robert Plant. The sentence has been amended to say “then-girlfriend.” 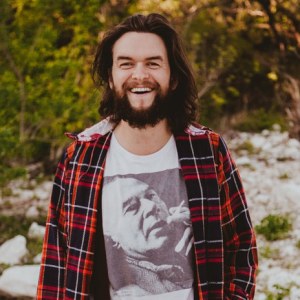 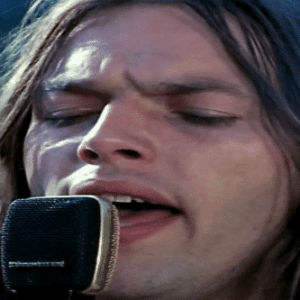