Sycco’s new single, “My Ways”—out today and featured below—is a catchy, sugar-coated call for self-care. It’s also a lockdown anthem that finds the up-and-coming Brisbane artist trying to slow down and relax during a stressful period.

Been sleeping in my jeans all week / Tryna find a second just to pause and blink, Sycco, a.k.a. Sasha McLeod, sings at the top of the electro-pop tune over shimmering production. Soon, she instructs herself to sit down, sleep now / breathe in, breathe out, which seems about as effective as telling someone to “chill out.”

I’m in need of fluffy clouds / Float on them, forget my doubts, Sycco sings later in the track. My ways, I’ve been stuck the same for months now / Migraines, pulsing through my brain no slowing down.

“I wrote ‘My Ways’ during lockdown in the middle of last year with Jeff Hazin,” McLeod tells American Songwriter via email. “It was my first time working with him and it felt so good to get into a session and clear my mind,” she recalls. “It helped my sanity since the last session I did was six months before that!”

Hazin—best known for his work with artists such as renforshort, Anna Sofia, j ember, and glaive—also produced the track. McLeod recorded her vocals in her bedroom over Zoom, “actually on my floor because my laptop charger was super short for some reason,” she says. “I think it may have added to this song being super grounding for me.”

McLeod is especially proud of the song’s message about taking time to de-stress. “I hope that the lyrics mean something to people in any way they resonate,” she comments, adding that she also hopes listeners “take a breather and feel a certain type of release by doing so.”

For McLeod, making music is a way to experience that sense of release herself. The Brisbane native says she writes at her best “when I’ve had an interaction with someone that I’ve reflected on… or definitely if all my emotions have bottled up and I need some sort of release.”

“My Ways” also arrives with a video that shows Sycco dancing and meditating. “I mentioned to [co-director] Summer King who came up with the concept that I wanted heaps of colours and lights because they are simply the best,” says McLeod. “She then came up with the concept super quickly about going inside my monkey brain and being stuck in the same loop, which was so perfect for ‘My Ways.’ My favourite part is me meditating.”

“My Ways” is Sycco’s 2021 debut, coming after a string of singles released over the last few years. McLeod adopted the Sycco moniker around the time she started self-releasing music. “In high school, about three years ago now, I would release my songs on Soundcloud for my friends to listen to—they didn’t totally want to—and I was playing with the word ‘psychedelic’ in class and came up with Sycco,” she explains. “For some reason it stuck.”

McLeod cites Remi Wolf and James Blake as two of her biggest musical inspirations. “Ever since last year, Remi Wolf has had me hooked and I love everything she puts out,” she says. “I’ve also been loving James Blake quite a bit for that dark melancholic feel with cool production. I’m also so obsessed with ‘Escape (The Pina Colada Song)’ right now.”

So what’s next for the Australian indie pop upstart? “This year I’m going to put a body of work out which I’m so psyched about,” she says, though she doesn’t share any details. “[I] definitely will be playing more Australian shows and hopefully festivals by the end of the year,” McLeod adds. “Fingers crossed!”

Until then, check out Sycco’s latest bop below.

“My Ways” is out now via Future Classic. 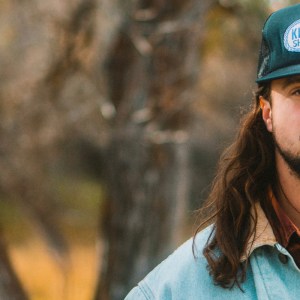 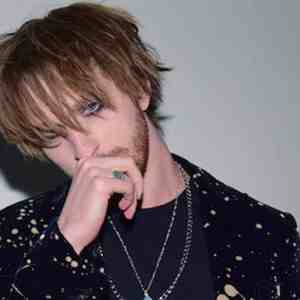