Tedeschi Trucks Band
Live from the Fox Oakland
(Fantasy)
Rating: 4 1/2 out of 5 stars

Imagine the best mixtape ever. Then imagine it live.

There aren’t many acts that can shift from riveting blues standards to soulful renditions of Leonard Cohen classics to digging deep into the catalogs of artists as disparate as the Beatles and Miles Davis, bringing their unique style and approach to each. Aside from the Tedeschi Trucks Band, there may not be any.

As impressive as the sprawling 12 piece is in the studio, this talented aggregation is made for the improvisational freedom the live setting encourages. Hence the group’s second double concert CD in five years doesn’t feel like the contract fulfiller its presence might imply, even if six of its 15 tracks originate from last year’s Let Me Get By. Besides the music, most impressive is that these performances are taken from one show (9/9/2016), not cherry-picked from dozens of dates. That provides the same natural rhythm to the recording as being there. Additionally, extra care is taken in tweaking the mix, especially important for this expanded outfit, which boasts two drummers, a three-piece horn section and backing vocals.

Not surprisingly, the titular married couple gets the bulk of the spotlight with Derek Trucks’ searing slide lines way out front on most tracks. Susan Tedeschi’s vocals power the non-instrumental portions as she shifts from brassy (a rugged version of Bobby Blue Bland’s blues standard “I Pity the Fool”) to soulful (the sweet “Don’t Drift Away” is as close to a pop song this group gets) and even sweet on “Anyhow,” a love ballad that keeps the fires on low burn with a horn chart that hews awfully close to that of Chicago.

Trucks’ guitar generally stays in scorching mode, especially evident on the nearly 11-minute cover of Derek and the Dominos’ “Keep on Growing,” a nod to his work playing Duane Allman’s parts as a member of Eric Clapton’s 2006 tour. A take on Cohen’s “Bird on a Wire” reflects this collective’s tribute to Joe Cocker’s Mad Dogs & Englishmen, whose similarly expansive soul/blues is a partial blueprint for the Tedeschi Trucks approach.

Anyone doubting the fine-tuned chops of these seasoned musicians need only forward to “Ali,” an obscure Miles Davis outtake included on the extended Jack Johnson album. Here’s where they pull out the stops for nine minutes with a convincing approximation of Davis’ Bitches Brew-era combination of raw funk, Hendrix-style rock and experimental jazz. It’s the show’s edgiest performance (although we might have done better without the drum solos) and an indication of the band’s ability to shape-shift into a style that others of their shed-sized drawing power simply don’t have the talent to pull off.

The double CD (also available with DVD or Blu-ray video) puts you in the middle of the music, making this the perfect way to absorb the impact of the Tedeschi Trucks Band firing on all cylinders in their natural habitat. 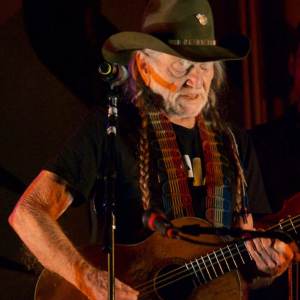