The artist, who was born in Gainesville, Florida in 1950, has a voice that floats and pierces. He writes lyrics that live in pop lore and poetry. He’s as much a man of the country as he is of the bright lights. Truly, he’s beloved.

Heck, he met Elvis on a movie set at 10 years old and fell in love with rock and roll. Of the meeting, Petty said, “Elvis glowed.”

So, when we lost Petty in 2017 after his surprising passing, many were left floored and saddened. Thankfully, we still have all the music he recorded and left behind for his fans.

That is the subject of this piece. The 12 songs that defined Tom Petty’s career.

Likely, you can rattle off a few from the top of your head. But what about more than just a couple? See if you can name all the ones we’ve listed here below.

After Petty’s initial bands like the Epics and Mudcrutch disbanded (Mudcrutch only released one 1975 single, “Depot Street,” that didn’t chart), he began to pursue a solo career. Enter: Tom Petty and the Heartbreakers. One of the band’s first major hits was the 1976 song, “American Girl.”

Also on the debut self-titled Heartbreakers album was the track “Breakdown,” which showcases Petty’s slicing singing voice. We’ve all experienced personal breakdowns and Petty’s song gave voice to this, which was his true gift: acknowledging moments we all know in wonderful rock songs.

The Heartbreakers’ follow-up 1979 album, Damn the Torpedos, also featured a number of hits, including “Don’t Do Me Like That.” The song is an ask of another to treat him better, to spare his heart. Again, it expresses a feeling we all know.

That same sophomore record also includes the track, “Refugee,” which is one of the more Dylan-esque songs from the wheat-haired songwriter and rock performer. Petty would have to shed comparisons to the Bard throughout his career. Of course, he made his own name, as one of rock’s greatest.

5. “Stop Draggin’ My Heart Around”

Written for Stevie Nicks’ 1981 album, Bella Donna, this song is both strong and submissive. It’s also the only song on Nicks’ record that was not written solely by her or co-written by her. It was written by Petty and is an all-time classic.

The Heartbreakers’ sixth album, Southern Accents, included the poignant song, “Don’t Come Around Here No More,” which is both a warning to others and an honoring of the heartland that Petty loves. He’s creating boundaries, setting off flares.

In the late 1980s and into the early 1990s, Petty joined forces with a number of other big-name artists to form perhaps the greatest musical supergroup of all time, The Traveling Wilburys. That band included Petty, Dylan, George Harrison, Roy Orbison, and more.

In 1989, Petty released his debut solo record, Full Moon Fever, which took him into a new stratosphere as an artist. That album was practically a greatest hits record and one of the songs included was “I Won’t Back Down,” which was written in the wake of arson on his home.

Another amazing, well-known song from his debut solo effort was “Free Fallin'” and that song is both a track many early acoustic guitar players learned and was made even more famous in the Tom Cruise movie, Jerry Maguire. But Petty penned it and it’s since lasted forever.

Another song theme we can all relate to. We all have dreams, Petty included. And we all work to attain them. This, again, is the songwriter’s supreme skill: to reflect back to us what we feel internally and to do so with a distinctly American rock style.

Before Petty left MCA Records, he linked back up with the Heartbreakers to record two new songs for a Greatest Hits album. One of those tracks was “Mary Jane’s Last Dance,” which is a favorite of Petty fans and of cannabis users today.

When Petty moved to Warner Bros. he released his first album, Wildflowers, with them in 1994, which was produced by Rick Rubin. One of the hits on that solo effort was “You Don’t Know How It Feels,” which is yet another demonstration of his great songwriting gift. We’ve all said this once, if not 1,000 times, in our lives. 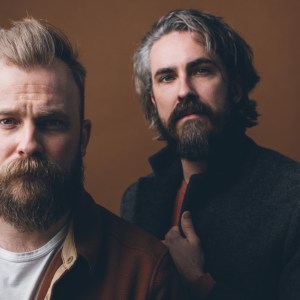 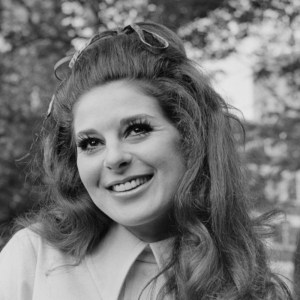