Tom Waits is one of the most interesting musical figures of the past 100 years.

When he first came onto the scene, he was a crooner, a pop star. He was a handsome songwriter who played piano, wore dashing hats, and smoked cigarettes. But soon Waits learned to forego those traditional draws for the sake of the weird.

He changed his approach. He leaned into his more gravelly side, his raw voice, not the polished one he’d previously offered audiences. He became vaudevillian. And thus he became a legend.

Where he’d once been considered the next Bob Dylan (along with Bruce Springsteen), the 72-year-old California-born is now the only Tom Waits. He’s also one of the more accomplished and beloved songwriters in American history.

But through all this, what did Waits have to say about the world at large, about love and life, about his craft, and his relationship to his surroundings? That’s exactly what we’ll dive into here today.

So, without further ado, here are the best X Tom Waits quotes.

1. “Most songs that aren’t jump-rope songs, or lullabies, are cautionary tales or goodbye songs and road songs.”

2. “Music has generally involved a lot of awkward contraptions, a certain amount of heavy lifting.”

3. “Most songs have meager beginnings. You wake up in the morning, you throw on your suspenders, and you subvocalize and just think. They seem to form like calcium. I can’t think of a story right off the bat that was that interesting. I write things on the back of my hand, usually, and sing into a tape recorder.”

6. “I’m usually more concerned with how things sound than how they look on the page. Some people write for the page, and that’s a whole other thing. I’m going for what it sounds like right away, so it may not even look good on the page.”

7. “Some day I’m gonna be gone and people will be listening to my songs and conjuring me up. In order for that to happen, you gotta put something of yourself in it.”

8. “I used to imagine that making it in music—really making it in music—is if you’re an old man going by a schoolyard and you hear children singing your songs, playing jump-rope, or on the swings. That’s the ultimate. You’re in the culture.”

9. “People say all kinds of things about the ingredients of songs. But you know they are a kind of magic, in the sense that they may easily include a stain on your bedroom wall… and a variety of mis-recollections. And then you name it after a girl’s name that you just made up.”

11. “When you’re a kid and you’re trying to find your own voice, it’s rather daunting to hear somebody like Howlin’ Wolf, because you know that you’ll never achieve that.”

12. “All records are riddles, and whatever you may want people to think it’s about, it may just be throwing them off. And you don’t want it to get in the way of what someone else’s understanding is. It’s not really about anything. At the same time, it will find some meaning.”

13. “I’d rather have a free bottle in front of me than a prefrontal lobotomy.”

17. “I hate Disneyland. It primes our kids for Las Vegas.”

18. “When you’re writing, you’re conjuring. It’s a ritual, and you need to be brave and respectful and sometimes get out of the way of whatever it is that you’re inviting into the room.”

19. “For a songwriter, you don’t really go to songwriting school; you learn by listening to tunes. And you try to understand them and take them apart and see what they’re made of, and wonder if you can make one, too.”

20. “Champagne for my real friends and real pain for my sham friends.”

21. “Don’t look back, because someone might be gaining on you.”

22. “I saw a crow building a nest, I was watching him very carefully, I was kind of stalking him and he was aware of it. And you know what they do when they become aware of someone stalking them when they build a nest, which is a very vulnerable place to be? They build a decoy nest. It’s just for you.”

23. “I always had a great appreciation for jazz, but I’m a very pedestrian musician. I get by. I like to think that my main instrument is vocabulary.”

24. “Mostly, I straddle reality and the imagination. My reality needs imagination like a bulb needs a socket. My imagination needs reality like a blind man needs a cane.”

25. “I bark my voice out through a closed throat, pretty much. It’s more, perhaps, like a dog in some ways. It does have its limitations, but I’m learning different ways to keep it alive.”

26. “I look for things that are left of center, something you’ve only seen your whole life, but never heard. Hit it! With a stick! I have a guitar made out of a 2×4 that I bought in Cleveland.”

27. “Writing songs is like capturing birds without killing them. Sometimes you end up with nothing but a mouthful of feathers.”

28. “I have an audio stigmatism whereby I hear things wrong—I have audio illusions.”

29. “Songs really are like a form of time travel because they really have moved forward in a bubble. Everyone who’s connected with it, the studio’s gone, the musicians are gone, and the only thing that’s left is this recording which was only about a three-minute period maybe 70 years ago.”

30. “I think this whole division between the genres has more to do with marketing than anything else. It’s terrible for the culture of music.”

31. “I knelt at the altar of Ray Charles for years. I worked at a restaurant, and that’s all there was on the jukebox.”

32. “If you record the sound of bacon in a frying pan and play it back, it sounds like the pops and cracks on an old 33 1/3 recording. Almost exactly like that. You could substitute it for that sound.”

33. “If you’re a writer, you know that the stories don’t come to you – you have to go looking for them. The old men in the lobby: that’s where the stories were.” 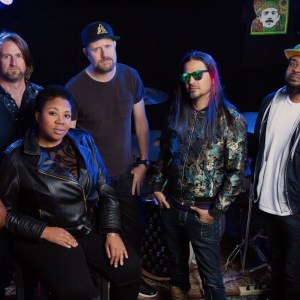 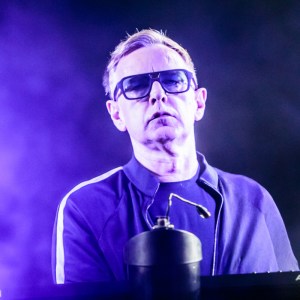