Bob Dylan was the first rocker ever to be accused of being a poet. Dylan passed the buck, electing Smokey Robinson as “America’s greatest living poet.” When Pink’s teacher catches him writing lyrics in the classroom in Pink Floyd’s The Wall, he dickishly asks, “What have we here, laddie? Mysterious scribblings? A secret code? No! Poems, no less! Poems, everybody! The laddie reckons himself a poet!”

Jim Morrison was rock ‘n’ roll’s first self-declared poet. The words he wrote, whether you love them or hate them, have forgotten them or live by them, would go on to rewrite pop music history forever. “There are things known,” said Morrison, “and there are things unknown, and in between are the doors.”

Now listen to this…I’ll tell you about Texas radio
and the big beat soft driven, slow and mad like some new language reaching your hand with the cold, sudden fury of a divine messenger
Let me tell you about heartache and the loss of god
wandering, wandering in hopeless night
Out here in the perimeter there are no stars
Out here we is stoned
Immaculate

The Doors: Weird Scenes Inside the Gold Mine

Back in the ’60s the rules of rock were changing. The drugs were kicking in-and with Dylan as leader of the lyrical revolution-setting a heady example. Everyone was free to express themselves in their own way; The Beatles sang of tangerine trees and marmalade skies, the Stones expressed their sexual frustration, the Band went back to the land and The Who wrote rock operas. Jim Morrison set poems to music.

Put aside, for the moment, your preconceptions of Morrison the man-his ghosts, his neuroses, his Oedipal conflicts and drug addictions, his moral relativism, his beard and belly routine, his drunken wiener flaunting and his mojo rising-and realize this:
Morrison was a poet, as sure as Jack Kerouac was a poet. They weren’t always great ones, and yet frequently, they were. Kerouac had a musical scheme mapped out for his poems, a technique he patterned after “the blues,” using choruses and stanzas to frame his ideas. Morrison understood that music can deliver mere words to mystical places. He looked into the same void as the Beat poets, peered into the same mirrors as the Greek poets and paid little mind to the conventions of the geek poets. Where others lyricists drew from blues, folk and Tin Pan Alley traditions, Morrison combined a fascination with Nietzsche, Rimbaud, William Blake, shamanism, American Indians and a dual obsession with sex and death-the beginning and end points of human existence.

Here’s Morrison in his own words: “Our work, our performing, is a striving for a metamorphosis. Right now, we’re more interested in the dark side of life, the evil thing, the night time. But through our music, we’re striving, trying to break through to a cleaner, freer realm. Our music and personalities as seen in performance are still in a state of chaos and disorder, with maybe an element of purity just showing. Lately, when we’ve appeared in concert, it’s started to merge.”

And this: “I offer images. I conjure memories of freedom that can still be reached.” From Morrison’s posthumous collection of poetry, Wilderness: “I’m kind of hooked to the game of art and literature; my heroes are artists and writers…I wrote a few poems, of course…real poetry doesn’t say anything, it just ticks off the possibilities-opens all doors. You can walk through any one that suits you…and that’s why poetry appeals to me so much-because it’s so eternal. As long as there are people, they can remember words and combinations of words. Nothing else can survive a holocaust but poetry and songs. No one can remember an entire novel, but so long as there are human beings, songs and poetry can continue. If my poetry aims to achieve anything, it’s to deliver people from the limited ways in which they see and feel.”

As the Morrison myth goes, when Jim was four-years-old, he and his family were driving through the New Mexico desert at dawn. There along the roadside, they came upon a scene that would haunt him for the remainder of his life.

A family of Native Americans had been in a terrible accident, and men, women and children lay dying in the sun. Doors keyboardist Ray Manzarek believes that at this moment, Jim was possessed-albeit benign-by the spirit of a dead Indian. Morrison would adhere to this perception. 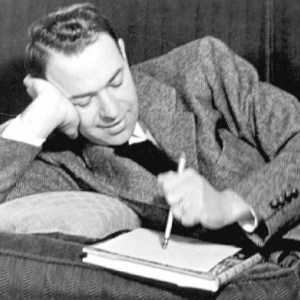 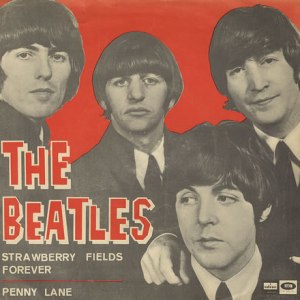