Nearly every song Bill Anderson touched, as a writer, had the makings of a hit. In a career spanning 65 years, Bill Anderson has been a hit songwriter and recording artist, and even checked off radio and television along the way. Since joining in 1961, Anderson has also been a Grand Ole Opry staple and is the longest-standing member to date.

Born James William Anderson II in Decatur, Georgia on Nov. 1, 1937, Bill Anderson was already having his songs covered, while writing originals for artists by the late 1950s. Written and first recorded by Anderson in 1957, Ray Price’s cover of “City Lights” became a hit a year later. Joining Decca Records by the early ’60s, Anderson went on to write more hits, including some of his own with his first No. 1 single “Mama Sang a Song,” along with “Still,” “I Get the Fever” and more chart toppers throughout the 1960s.

Dubbed “Whispering Bill” for his breathy, conversational tone, Anderson also hosted The Bill Anderson Show from 1965 through 1974, and continued his hit-making streak throughout the 1970s with “The Lord Knows I’m Drinking,” “World of Make Believe,” the Jan Howard-penned “Love Is a Sometimes Thing,” and many more before his hiatus in the 1980s.

Returning to television as a host, Anderson was also devoting more time to the Opry, and as the spokesperson for the now-defunct Po’ Folks (named after his 1961 hit) restaurant chain.

By the early 1990s, Anderson continued writing songs for the new generation of country artists, and continued to do so over the next two decades, penning Vince Gill‘s 1995 hit, “Which Bridge to Cross (Which Bridge to Burn),” and songs for Kenny Chesney (“A Lot of Different Things,” 2003), and George Strait (“Give it Away,” 2006), among others.

“If you asked me to give you one attribute that a songwriter, and particularly a country songwriter, should have I would say empathy,” said Bill Anderson in a 2021 interview with the Library of Congress. “The ability to put yourself into the listener’s place, to feel what he or she feels, is ultra-important, particularly in country music where the lyrics are so important in painting the picture. Obviously, I haven’t lived every song I have written, but in most cases, I know somebody or know of somebody who has.”

He added, “The ultimate compliment I can be paid is for a listener to say, ‘You must have written that song just for me because that’s exactly the way I feel.’ That’s when I know I’ve hit the jackpot.”

Over his more than 60-year tenure at the Opry and a multi-faceted career as an entertainer, Anderson has recorded 37 top 10 country hits as well as chart-toppers for other artists and is responsible for more than 100 charting country songs.

His catalog of songs could fill pages, but here’s a look at seven standout songs that Anderson wrote for other artists from the 1960s through 2000s.

1. “I May Never Get to Heaven,” Don Gibson (1960)
Written by Bill Anderson and Buddy Killen

For many, it’s Conway Twitty‘s brooding 1979 rendition of “I May Never Get to Heaven” that is left burned in musical memory, but when Anderson originally wrote the song, country singer Don Gibson recorded it first and released it as a B-side to his single “Just One Time.”

Later released by Twitty on his 40th album. Cross Winds, his version of “I May Never Get to Heaven,” marked his 22nd No. 1 hit on the country chart, where it remained for 10 weeks.

“I couldn’t believe such a big voice could be coming out of such a petite lady,” said Anderson of hearing Connie Smith take on his song “Once a Day.” He added, “In fact, at first, I actually thought she was lip-syncing to someone else’s record.”

“Once a Day” ended up being Smith’s debut single, and the song hit No. 1 on the Billboard Hot Country Songs chart. It also earned Smith a Grammy nomination for Best Female Country Vocal Performance.

Written in the summer of 1963, Anderson said he didn’t recall the specific inspiration behind the songs, but he vividly remembers writing the chorus and the first verse of the song while he was in his car, stopped at a four-way stop sign in Nashville. “I didn’t have a guitar, but I heard the melody in my head and I tapped out the rhythm on the dashboard,” remembered Anderson. “I scribbled the words onto my ever-present writing pad and finished the song when I got home.”

When you found somebody new
I thought I never would
Forget you for I thought then I never could
But time has taken all the pains away
Until now, I’m down to hurtin’ once a day

In 1965, Loretta Lynn and Ernest Tubb released a collaborative album, Mr. and Mrs. Used to Be, featuring a collection of songs (some written by Lynn), including the heart-squeezing “Our Hearts Are Holding Hands,” an Anderson original. The track was released as the duo’s first single, a duet, and peaked at No. 24 on the Hot Country Songs chart.

Bill Anderson wrote a number of songs for Dolly Parton‘s long-time collaborator and business partner Porter Wagoner in the ’60s, including “I’ve Enjoyed as Much of This as I Can Stand” from 1962, “I’ll Go Down Singing,” released in 1964, and a third “The Cold Hard Facts of Life” in 1966. Also the title track of Wagoner’s album, which peaked at No. 4 on the Country Album chart, “The Cold Hard Facts of Life” reached No. 2 on the chart.

I passed a little wine store on the corner
I pictured pink champagne by candlelight
I stopped the car right then, got out and hurried in
My mind not on the cold hard facts of life

A stranger stood there laughing by the counter
He said, “I’ll take two bottles of your best”
Her husband’s out of town and there’s a party
He winked, as if to say, “You know the rest”

The title track off Steve Wariner’s 15th album, “Two Teardrops,” hit No. 2 on the country chart and picked up a Grammy nomination for Best Country Song. Wariner only finished writing the song with Anderson, who also came up with the opening verse—two teardrops floating down the river—when the album was nearly done. Anderson and Wariner also co-wrote two other tracks off Two Teardrops, including “I’ll Always Have Denver” and “Talk to Her Heart,” a duet with Bryan White.

Before working with Brad Paisley on his third album, Mud on the Tires, Anderson had already co-written and sang on the track “Too Country,” off Paisley’s second album, Part II, released in 2001. Anderson worked again with Paisley on the Mud on the Tires bluegrass-y ballad, “Whiskey Lullaby,” featuring Alison Krauss, a somber tale that follows a couple’s breakup and how it leads them both down painful paths, including the husband drinking himself to death.

The song peaked at No. 3 on the Billboard Hot Country Songs chart and earned Paisley the 2005 CMA for Song of the Year.

He put that bottle to his head and pulled the trigger
And finally drank away her memory
Life is short, but this time it was bigger
Than the strength he had to get up off his knees
We found him with his face down in the pillow
With a note that said, “I’ll love her till I die”
And when we buried him beneath the willow
The angels sang a whiskey lullaby

Read the American Songwriter Behind the Song on “Whiskey Lullaby” here.

Co-written with Sugarland’s Jennifer Nettles and Kristian Bush, Anderson helped pen “Joey,” off the duo’s third album, Love on the Inside. Much like the tragic Shangri-Las’ biker tale, “Leader of the Pack,” the song was inspired by some of the young tragedy songs of the 1950s and ’60s with the verses following a number of “what ifs,” as the narrator reflects on the guilt she feels after her teenage love dies in a car accident.

What if I said yes?
What if I’d gone out that night?
What if you turned lef
And everything would of turned out alright
What if I spoke up?
What if I took the keys?
What if I had of tried a little harder
Instead of always trying to please 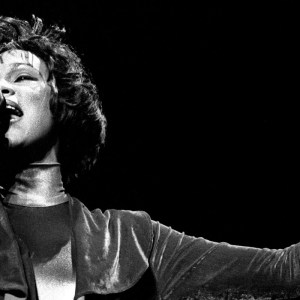 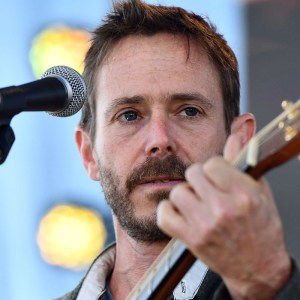