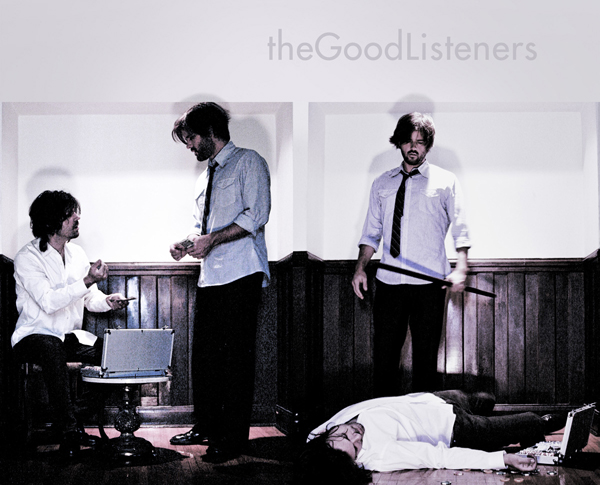 Here’s the plan. It’s simple. You’re going to load up a R.V. and drive across the country from Los Angeles to New York, along the way recording a song with a collaborator in the zaniest location you can find in each new town you stop in. You’ll play with a musician named Bingo and record in an indoor museum made up of Airstream trailers—yes, there’s such a thing—as well as get taken for a ride by a Memphis blues musician to the tune of 400 dollars. At the end of your journey, you’ll put together all the music you recorded and release an album. Oh, and you’ll also film the whole journey from start to finish and make a documentary out of it.

Ok, so maybe the plan isn’t so simple. Maybe it sounds stressful. Maybe it just sounds plain crazy. Either way, the rock band The Good Listeners went for it. They went for it with all they had and enjoyed themselves along the way.

“It’s not stressful at all. That was the point of the process. Anybody who writes songs will tell you the best songs come in a matter of minutes. If you’re channeling whatever is going on when you’re making music and you’re dedicated, a day is plenty of time. It was about the discipline. A song a day for us was liberating,” says Clark Stiles, the multi-instrumentalist and recording guru-extraordinaire who makes up one half of the duo.

The other member of the twosome, Nathan Kyhber, is responsible for vocals, guitar and keyboard. He agrees with Stiles, saying, “We find it’s a lot harder to do it the old fashioned way we used to do where a year later you’re still worrying about if hi-hat has the right sound. If you don’t let the song be too precious, it becomes more precious than it was.”

The band recently debuted their documentary, Don’t Quit Your Daydream, at the Nashville Film Festival, where it took home the Special Jury Prize for Artistic Perseverance through Commercial Adversities—a fitting award considering how long Kyhber and Stiles have been in the music business. After briefly tasting success in the 1990s as part of the band, Absinthe, including receiving a half-million dollar record deal, the two continued to play together in the years following the band’s break-up, even though it’s been an ordeal to scrape by.

“I want people to like our music,” says Stiles. “I’d like it to get us some exposure. We’d like to get a fan base and play music for a living.”

“We’re trying to promote ourselves but that should never be the reason for why you do the things you do. You should do things because you love it,” adds Kyhber.

After watching the film and seeing Kyhber and Stiles give away copies of the album and DVD for free after their screening, it’s hard not to believe them. The documentary finds The Good Listeners at a crossroads, considering whether or not it’s worth continuing with their dream. The film opens with a disembodied female voice telling the band from off camera, “The older you get the least likely this is going to happen. This isn’t a career field for forty-year old man. Maybe it’s time to throw in the towel. Who’s going to see [the film]? Who’s going to see it when you’re done?

But it turns out a lot of people have seen Don’t Quit Your Daydream. In fact, not only have they seen it but they even liked it.

“I’m surprised by the reception,” says Stiles. “You run the risk when doing a film about yourself. You’re thinking, ‘Well, am I an ass? Is this going to be self-congratulatory?’ If it’s not coming across that way, that’s really nice.”

And it doesn’t. There are no airs being put on. When actor Adrian Grenier, who produced the film as well as collaborated on the track, “Chemtrails”, scores Kyhber and Stiles tickets to the Kentucky Derby, there are no three-piece designer suits to be found. Instead, the two go out and buy the most ridiculous vintage outfits they can find and at the end of the Derby, record the cornet player playing along with their most recent song.

That scene summarizes the entire journey, distilled down into less than ten seconds of screen time. There are Stiles and Kyhber, standing on the track, miking the horn as the cornet player plays to the song he’s listening to off of an iPod . It’s Do-It-Yourself. It’s haphazard. It’s somewhat nuts.

Yet it feels so perfect. It’s the collaborators that make this film work. There’s Bugs Salicido, the eye-liner wearing, philosophy-spouting guitar player. There’s Gina Gleason, the teenage girl who can shred. There’s Ron Black Guidry, who loves to play guitar while giving swamp tours in Houma, Louisiana—all of them so unique yet still somehow strangely familiar to the viewer.

“That’s part of the beauty of music,” says Stiles. “You don’t have to talk to each other. It’s a language. It’s non-verbal communication.”

This is more than a pet-project—some one-off experiment. This is their passion. As Kyhber tells the camera at the end of the film when asked what’s at stake, “A childhood dream. I’d hate to die a web designer. I want to die an okay musician.”

Here’s to hoping he does.

You can check out The Good Listeners’ music and documentary at http://www.thegoodlisteners.com/ and http://www.dontquityourdaydream.com/ 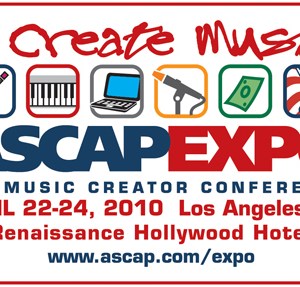 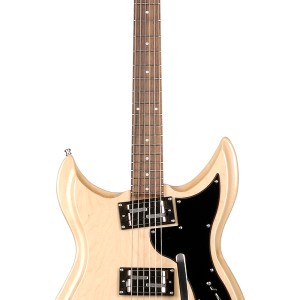