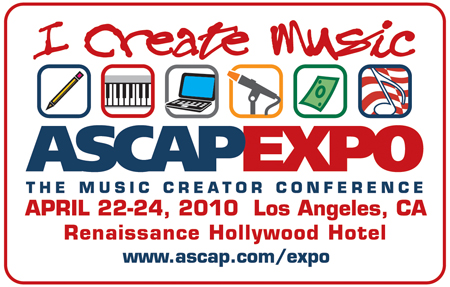 “Continue continue continue,” was John Mayer’s most vehement advice, when interviewed onstage by ASCAP Playback editor Erik Philbook at the ASCAP “I Create Music” Expo 2010, held again this April at the Hollywood Renaissance hotel. “Any of you could be the next big thing,” Mayer said to a crowd of about 1500. He went on to joke that the music biz is so uncertain now that even he’s hoping to become “the next John Mayer.” “The most important thing,” he said, “is to enjoy the journey. The outcome is an unknown, but the journey is not. Make the best of it.” Mayer was wise, funny and even a little biting in this interview, as when he told Philbrook he looked like a character from The Lord of the Rings.

It was one of many highlights at this year’s Expo, which also included great one-on-one mentor sessions with hitmakers such as Rupert Hine, who spoke about the meaning of success in today’s music world. “Success doesn’t have to do with fame or with celebrity,” explained Hine. “Success has to do with success as an artist, with expressing yourself was well as you can.” Also giving talks and workshops as well as mentoring sessions this year were songwriters Stephen Bishop, Jason Mraz, Larry John McNally, Jon Lind and others, as well as an amazing plethora of composers, produers, engineers, music attorneys, teachers and much more.

Perhaps the most momentous event this year was an interview of 77-year old musician/producer-extraordinaire Quincy Jones, whose career spans a remarkable six decades, and who has worked with many of the most luminous musical stars of the past fifty years. Rap-star Ludacris, perhaps because of his name-value rather than any journalistic talent, was the onstage interviewer, but as he did in his recording sessions for years, Q handily took the reins and steered the discussion. The man is quite spiritual, and did his best to emphasize the ephemeral aspects of music even here in this context of those doing music primarily as a business. “I am a faucet for music,” he said. “Music is like water, it flows through me. It’s the ocean. It’s my mother. It flows from the divine. I don’t get writer’s block ever because I am never attempting to force anything by writing. I let it flow.” He said he considered it arrogant for a musician to feel they can control rather than be controlled by the creative process. “Don’t judge it,” he said, “don’t try to control, the creative process doesn’t belong to you, and it’s only when you get out of your own way that you’ll be able to get anything done.” He also advised never to worry about money more than music (“Whether you’re at the top or the bottom of your game, it’s always the music that matters,” he said). And love, he added, most be foremost in your heart and your mind. “Love is everything,” he said, “the love of your family, your kids, and your music – allow your love to drive your life and that’s what will make it worthwhile. “ 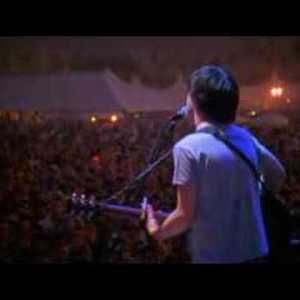 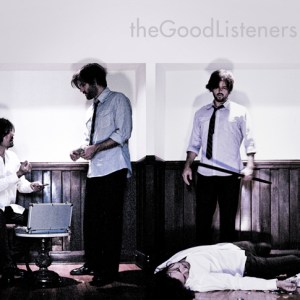