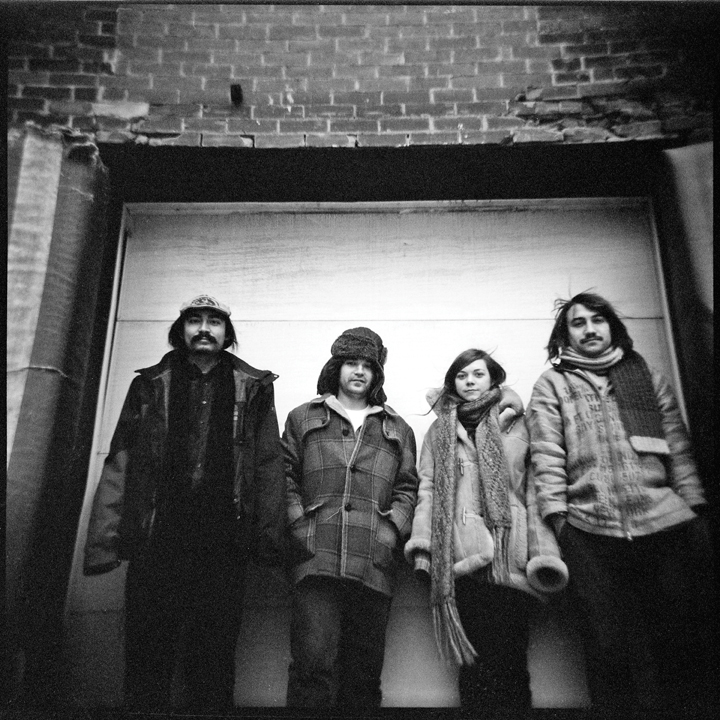 The Grand Ole Opry as a religious experience – maybe you’ve heard this one before. Long before Ben Knox Miller and his bandmates in The Low Anthem were invited to play at The Ryman last December by Emmylou Harris, countless musicians had felt the same glow of the lights and heard the same hum of anticipation from the crowd, only to resort to describing the experience as heavenly. But as with his songs, Miller is not one for clichés. There’s always a new way to look at things.

“It was more like walking into a temple of some related sect to your religion but not quite yours, you know?” Miller says. “We’re definitely a strange band for them to book.”

Not quite country and not quite folk, The Low Anthem are a strange band in general, in the most complimentary meaning of the word. When they have downtime on the road, they collect vintage instruments – a pump organ (or four) over here, a giant kick drum they rescued from a life as a coffee table over there – and then pack their tour van to the brim with their spoils. This is funny stuff, especially considering when Miller writes songs on the road – at least one a day – he usually does so without any instruments at all, singing to himself and scribbling down ideas on the back of receipts, ending up with a pile of scraps that he will eventually go through, throwing out an estimated 99.9 percent, and then searching for a way to make those remaining slivers of sounds in his head come to life.

“So many songs seem so promising,” Miller says, “but any imagination can seem so bland when you are sitting down with an instrument. A lot of them die that way. Or not die, but you might take some of the good things you like about it and find a way to get at it.”

Such persistence helped The Low Anthem quickly go from obscurity to opening for Harris on a recent tour. The legendary singer and songwriter became a fan of the band when she heard their song “To Ohio”, off the critically-acclaimed Oh My God, Charlie Darwin, on the radio. As Harris told the New York Times, “In a way they are hearkening back to parlor music with those instruments, some of which I don’t even recognize. They have a strange and wonderful repertory, and their ensemble singing is haunting and beautiful.”

That repertory was partially shaped in the unlikeliest of places – sports bars in and around Providence and Boston.

“When we started, we were doing tons of local gigs at pubs that were not set up for music,” Miller says. “We learned that we need to balance the intimacy of my songs with the charged intensity that it takes to get across in that kind of environment. The source of a lot of dynamic range in our music goes back to the challenge of playing in those rooms.”

With such a consciousness about the locale, it should not be surprising the current lineup of The Low Anthem – Miller, Jeff Prystowsky and multi-instrumentalists Jocie Adams and Mat Davidson – sought out a unique studio space when recording their latest album, Smart Flesh, settling on the cavernous space of an abandoned pasta sauce factory.

“With our live performance, there is a certain quietness and even a whispered quality, but in this record, rather than doing that in a kind of closet setting with the vocal right on the microphone, we did a lot of these recordings and blasted them into this enormous chamber,” Miller says. “It’s like a broth. We wanted an album that was saturated with the mood of the recording space and unified in that way.”

And Smart Flesh is one entity, in both its production style and the common themes of death and love lost in the .1 percent of musical scraps Miller did not throw away. “I’ll Take Out Your Ashes,” the retelling of a friend’s story about her mother passing away, has “nothing floral” in its language, and its backing track is a simple banjo riff and ambient voices down low in the mix, creating a haunting effect. “It almost didn’t feel like writing, more like just putting down the conversation,” Miller says. “You’re so self-aware about each choice that you make when you write, but every now and then there’s a moment where you don’t think at all.”

“That song just went on paper,” he says, speaking of all the longing and aching in those three minutes of music. There, listening to that track and its simple descriptions of making breakfast while in mourning – “It’s a sad and prideful feeling/Since I did not drive you to Michigan/Scrambling eggs and bacon/And you’re right here in the kitchen” – things become clear. It’s not a heavenly moment, and it’s not a religious experience. It’s something else harder to define. The Low Anthem as a mystery? You heard it here first. 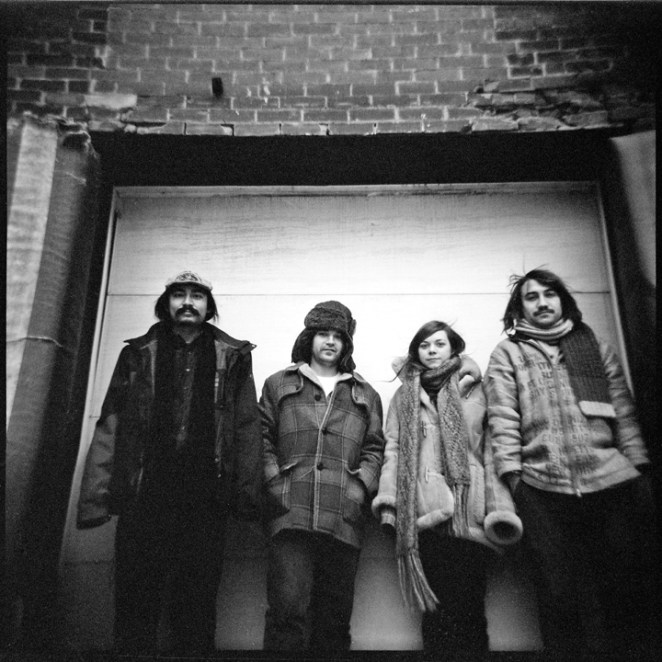