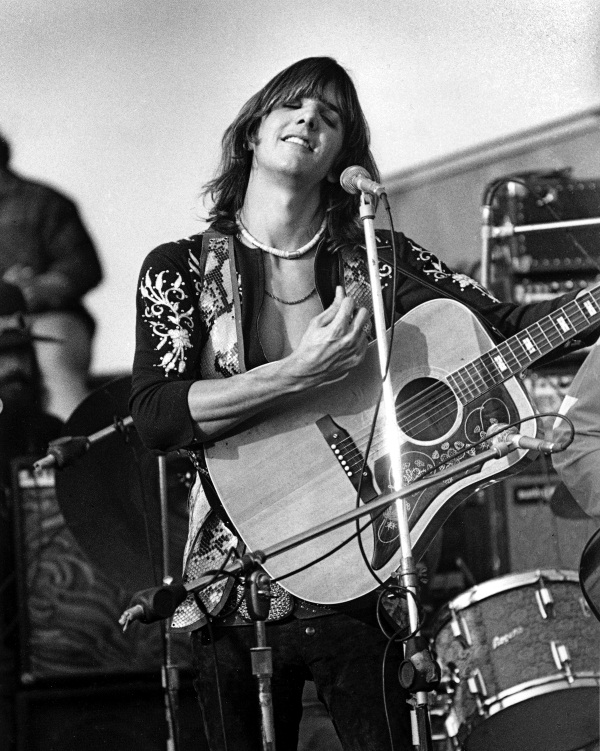 Gram Parsons is often credited with the creation of country-rock, and his influence hovers over a huge cross section of songwriters and musicians today – from those who worked with him like Emmylou Harris and Chris Hillman, to modern rock and rollers like Ryan Adams and Jeff Tweedy.

“Every single generation has an amazing legion of young people that are so dedicated to Gram,” says his daughter Polly Parsons, who now runs the Gram Parsons Foundation in her father’s honor.

Maybe part of what attracts us to Gram today is his mysteriousness. There’s very little video footage of him. In one clip, from the Maysles Brothers’ film Gimme Shelter, he’s on stage with The Flying Burrito Brothers at the infamous Altamont concert singing the trucker anthem, “Six Days On The Road.” In another video, a promo shot by A&M Records in 1969 for the Burritos’ first single “Christine’s Tune,” he’s strumming a Telecaster and wearing his famous Nudie suit, looking waifish and feminine.

An enigmatic but dedicated artist, Parsons was on a mission to share a new type of music with the world. “It’s hard to describe how deeply Gram loved his music,” writes Keith Richards in his autobiography, Life. “He had one foot in country and one in rock and roll,” says Emmylou Harris. “I think they were both very real for him because of his upbringing and his generation.”

“I think pure country includes rock and roll. I don’t think you have to call it country-rock,” Parsons once said. “I was brought up in the South. I never knew the difference between gospel music and country music. It was all the same to me.”

“We were rock kids into [R&B] music, or whatever you called it at the time,” says Luke Lewis, who went to high school with Parsons at Jacksonville’s Bolles School, and is now President of Universal Music Nashville. In 1962, while they were at Bolles, Ray Charles’ Modern Sounds In Country & Western was released, and it had a big influence on both of them. “It was probably the first time either of us had a clue about country music.”

Lewis lost touch with Gram after high school, but later founded the revered record label Lost Highway, which has been home to artists like Ryan Adams, Lucinda Williams, and Johnny Cash.

“We were just kids. I taught him how to surf at Ponte Vedra beach,” remembers Lewis. “Gram was one of those guys who we thought, ‘This guy is gonna be a star.’ You could tell he was gifted and special and was totally dedicated to it. He had whatever ‘it’ is, which is sort of magnetic. He was a reader and had taken piano lessons. He was really musical and literate. And he had tragic stuff happen to him when he was really young.”

In 1966, Gram moved to Los Angeles, after dropping out of Harvard, where he’d studied theology. The Los Angeles of the late 1960s that attracted him was already ripe for a fusion of country music and rock and roll.

Al Perkins came to California from Texas in the late ‘60s with a band called Shiloh (whose drummer was future Eagle Don Henley), and would later join The Flying Burrito Brothers. He also played pedal steel on Gram’s two solo records, GP and Grievous Angel.

“Back then, they knew when a longhaired steel guitar player crossed the state line, so I got a few calls from people who were doing this new edgy country,” recalls Perkins. “They weren’t calling it any specific thing but it was a very creative time and it was in the air.”

In a few years, Jerry Garcia would play pedal steel on Crosby, Stills, Nash & Young’s “Teach Your Children,” and the Grateful Dead would release the country music-indebted Workingman’s Dead and American Beauty. Bands like Poco, Country Joe McDonald and The Fish, and Dillard and Clark were also incubating in the country-rock scene.

By July 1967, Gram and his Harvard friend Jon Nuese had begun recording tracks like “Blue Eyes” that would end up on Safe At Home, The International Submarine Band’s debut album (Nuese and Parsons formed the band in 1965). But by the time the album came out in March 1968, Gram had already joined The Byrds.

“My instinct says that he knew he had a lot to do in a very short time,” says Polly Parsons. “I can’t help but think he really had some type of profound knowledge that he wasn’t going to be here for a long time.” 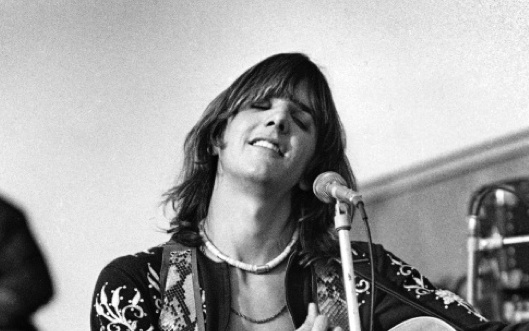 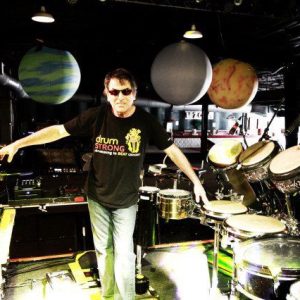 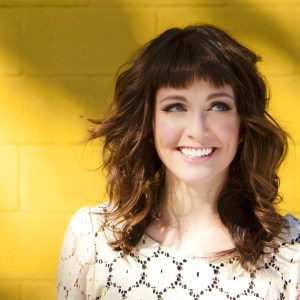