“Joni Mitchell performed ‘Both Sides, Now’ and the internet is sobbing,” read the headline of one news story after Mitchell’s surprise and intensely intimate reading of her own famous song during an unexpected appearance at the 2022 Newport Folk Festival. That headline captures and consolidates the moment, which quickly turned viral, with the gravitas it deserved.

Even those few who may not have heard the song before in one of its more than 1500 cover versions (as per Mitchell’s website) couldn’t help but dab their eyes as Mitchell, 78, transformed the tune written in her youth into a time capsule of a life unlike any other artist of her generation. The legendary singer-songwriter suffered a near-fatal brain aneurysm in 2015 and was not expected to perform. Even before that, she hadn’t played a full set in two decades.

If the sight of Brandi Carlile incredulous at what she is experiencing sitting next to Mitchell as she sings doesn’t get you, then Wynonna Judd sitting behind her, wiping away tears will involuntarily push the spigots behind your eyes. Play it again, and the reaction is the same. Resistance is futile.

“Both Sides, Now” was a hit, just not for Mitchell. The folk-pop classic closed Mitchell’s 1969 Clouds album, her second full length whose title was derived from the lyrics taken from the first third of that piece.

Judy Collins (and about a dozen others) recorded “Both Sides, Now” before Mitchell. Collins, though, released it as a single from her 1967 Wildflowers set. It clicked with the public, eventually winning Collins a Grammy in 1969 for Best Folk Performance. It has been reported that Mitchell initially disliked Collins’s slick, harpsichord-driven cover.

Mitchell’s own recording never charted. Both interpretations (and others) have been utilized in dozens of television shows and movies over the decades, ensuring its status as a timeless standard, albeit a melancholy one that can be interpreted in a variety of ways.

The Canadian Mitchell, born Roberta Joan Anderson, had already dealt with some major life upheavals circa 1967. As a young, single mother, she put her child into foster care, then married and quickly divorced American Chuck Mitchell. Just in her early 20s, she was far from a star, which influenced the song’s inquisitive lyrics. She is quoted as saying, “I was reading Saul Bellow’s Henderson the Rain King on a plane, and early in the book, Henderson, the Rain King, is also up in a plane. He’s on his way to Africa and he looks down and sees these clouds.

“I put down the book, looked out the window, and saw clouds too, and I immediately started writing the song. I had no idea that the song would become as popular as it did.”

What Does it Mean?

The three verses reflect the protagonist-vocalist—clearly, Mitchell—looking at clouds, love, and finally life from both sides: “up and down” (clouds), “give and take” (love), and finally “win and lose” (life). She closes each section by admitting she really doesn’t know clouds, love, or life at all in the chorus, with the keyword changed on each of the three repetitions.

Why Does it Resonate?

When “Both Sides, Now” was written, Mitchell had plenty of time left to understand clouds, love, and life. But aging changes how those lyrics echo to become less about lessons one will learn in time and more reflective of the losses in life as they realize their formative years are in the rearview mirror.

. As with Hancock, there have also been instrumental versions from the Nitty Gritty Dirt Band, Pat Martino, and Randy Scruggs, which speaks to the song’s almost implausible melodic malleability, placing it in a class few other folk tunes inhabit. Can hip-hop and metal covers be far behind?

Back to the Future

The effect of seeing and hearing the ailing yet stately 78-year-old Mitchell singing I really don’t know life at all, is one of the most moving, captivating, and emotionally riveting experiences available through the magic of technology. That any song written 55 years ago can resonate today with as much and arguably greater intensity, warmth, and power proves just how remarkable the track is.

Better still, Mitchell’s recent revival of the composition she has already re-recorded (with full orchestration on the appropriately titled Both Sides, Now) will provide a stimulus for others to take a crack at it, exposing “Both Sides, Now” for future generations to appreciate the artistry of a 23-year-old woman with a worldly prescience few others attain. 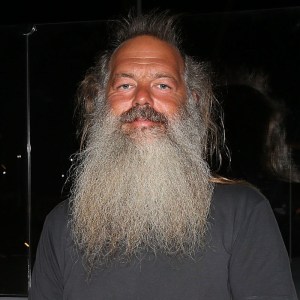 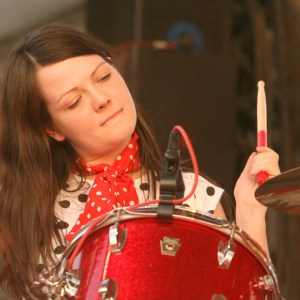