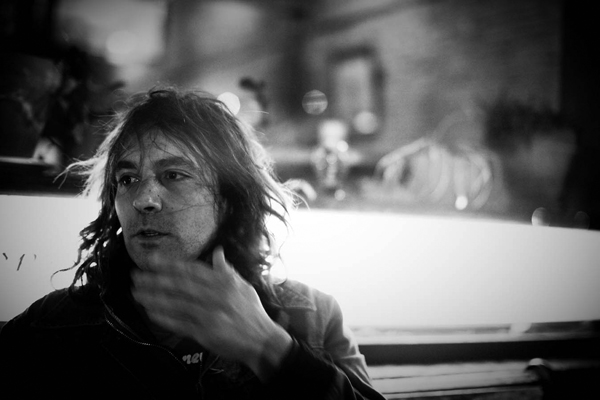 On “Brothers,” the second song on The War On Drugs’ sophomore album Slave Ambient, Adam Granduciel sings, “I’m wonderin’ where my friends are going/ And I’m wondering why they didn’t take me.”

Although Granduciel says that his lyrics often start as semi-conscious improvisations, hearing those lines it’s hard not to think of Granduciel’s bandmate and friend, Kurt Vile, whose career as a solo artist has taken off in recent years.

“We met each other randomly in 2003 when I first moved to Philly, and started playing a lot,” Granduciel says about Vile. “In those early days, it was mostly on Kurt’s stuff. I was working on my own stuff, so when I put a band together in 2005 he played in the band because we were so close musically.”

“I’ve played on all his records and recorded a lot of them. I play guitar on almost every song,” says Granduciel. “A lot of people think he quit the band to pursue a solo career, which isn’t true. I always knew he had his own thing.”

But while Granduciel enlisted Vile and several other “brothers” to work with him on Slave Ambient, the work is largely his own. The album is a love song to textured guitar tones and ambient washes, and is one of the most joyous and addictive albums of the year.

Granduciel’s work tears back and forth between analog and digital mediums, fusing organic elements and electronic production until they’re interwoven. But unlike other musicians in the world of electronic music, Granduciel’s nasally vocals and highway melodies evoke American songwriting icons like Bob Dylan and Tom Petty.

Take the rambling, stream-of-conscious lyrics of “Come To The City.” “Lead me back to the place I’m from/ Past the farms and debris/ You can see from the highlands/As you roll ‘long the range,” Granduciel sings in lines that seem reborn from The Basement Tapes.

“I have a studio set up [at home] and I’m always trying to lay something new down,” says Granduciel. “I stopped trying to write a song start to finish with a notebook and pen. Sometimes three or four different song ideas over the course of a month might become one song. I was never afraid to work on something and leave it midway-through when I could see it going into a different direction.

“There’s this drum beat behind ‘Come To The City.’ It’s like this Kraut, drone, hi-hat thing. But that was actually [from] a completely different song I’d recorded that sounded something like honky-tonk Creedence. I did it one day at the studio in Philly maybe four years ago. And I just dumped it to tape at my house and over the next year I sped it up and sampled a two-second part of it, and kept re-sampling it until it became this totally unrecognizable rhythmic drone. I obviously wasn’t aware that that was the basis for ‘Come To The City’ when I was doing it.”

Granduciel begins his build-and-destroy creative process at his own “bare bones” home studio. He’s got a Tascam MS-16 one-inch 16-track tape machine, “Tom Thumb” barroom-style piano, workhouse mics like the Shure SM-57 and Electro-Voice RE20, a few vintage tube pre-amps, and an old Ampeg amp and Vox amp. “I just picked up a ‘55 Gibson Firebird in Portland,” he adds, proudly.

Granduciel also worked on Slave Ambient at Asheville’s Echo Mountain and Philadelphia’s Uniform Recording, where producer and engineer Jeff Zeigler owns an identical MS-16 tape machine. Granduciel and Zeigler would fill up the tape, bounce it to Pro Tools to mix, then fly a stereo mix back to tape for Granduciel to take home to work on.

“When I turned it in, I was really excited I finished it,” Granduciel said months before the accolades started rolling in. “I know it’s a real record in the sense that I worked real hard on it and I’m real proud of it.”

A few weeks after the album’s release, The War On Drugs were in Chicago, playing a show at Schuba’s. Granduciel’s new Gibson Firebird was strung low across his body.

He dedicated one song, “Your Love Is Calling My Name,” to two brothers in attendance that night who were also at the band’s first show in Chicago at The Empty Bottle, “a long time ago.”

“Y’all are the best,” Granduciel told the sold-out crowd.

Now Granduciel’s friends are the ones wondering where he’s going. 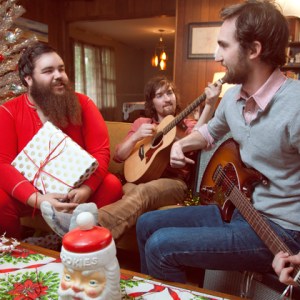 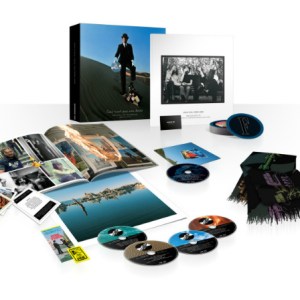