As people and creatives alike are staying in their homes now due to current affairs, many reading, eating, praying and some just plain bored, Nashville’s Them Vibes is using their quarantine time to nurture and foster any art they can, all scheduled to unfold sometime at the end of the year.

Like masses of musicians, Them Vibes recent tour has been cancelled amid a growing pandemic, forcing them to get more creative than normal, and go that extra mile to reach listeners.

“We were scheduled to be out this April all through May and June, so at this point March and April are cancelled,” explained frontman Larry Florman also known as Brother Love.  “A bunch of shows are being rescheduled for summer and fall. But it’s tough, we have people trying to make ends meet, so we’re doing the best we can. We did a Stageit show the other night, from our guitarist Alex’s living room, people donated a lot, so everyone made some scratch.  The good news is everyone is healthy in our camp.

“What we find as a refuge while everything is shut down, is now we have the time to get together and write,” added guitarist Alex Haddad.  “I think once this subsides, everyone will be hungry to live. You’ll see a lot of people coming out to shows and living freely, I believe the future will be bright.  We are looking forward to the Renaissance.”

Previous to any new material in the works that may come out of this so-called renaissance, is their EP Why The Funk Not, hit living rooms everywhere in February.  The EP is a brief, but stimulating five track bite of groove, likely to lift spirits and provide reprieve during current perilous times.  Haddad touches on how essential the dancing and groove element is to their music while explaining the vastness of their music that stretches beyond funk.

“We have always had funk elements, it’s not really a genre, it’s a groove and we’re real heavy on that,” he said.  “If you can’t shake and can’t dance to it, then there’s a missing element. The EP was really a joy to make, because we could focus on that element which has been such a big part of our music always.  For the LP, we may go a bit more rock ‘n’ roll, but you’re still going to be able to shake and dance to it.”

An equally crucial piece to Them Vibes’ music is their constant appeal to have a live and diverse band sound, which is supported by talents of frequent collaborator Maggie Rose, who sang on the singles “Powers Collide” and “Right On” along with Nashville group The Shindellas and drummer Matt Nolan, who also put their stamp on “Powers Collide”.  Additional key members include Kyle Lewis on guitar, Sarah Tomek on percussion, Kaitlyn Connor on keyboard and bassist Kyle Whalum.

Them Vibes holds strong to their live aesthetic in the studio and always records live together, for the most part, with little overdubbing or use of isolation booths, while getting as loud as they can, often in someone’s living room.

“We stuck to the same process since inception and since our Shine On record,” said Haddad.  “The way we did it was rented a house and turned the living room into a studio, we played live together then overdubbed stuff later, so we still stick to that. We had everybody in the room and got the right take.”

The only deviation Them Vibes took from their normal practice was incorporating the use of two drummers, Matt Nolan was in an isolation booth, while Sarah Tomek was on a larger kit in the room with the rest of the band, where everyone live tracked.

A band of this size and contrast certainly adds to the live element Them Vibes adheres to but it can also be a factor in songwriting.  While Them Vibes always welcomes a collective writing strategy, Haddad and Brother Love take on a significant amount of the writing, with Haddad being the “seed man”.

“We call Alex the seed man, a large percentage of the tunes are Alex’s idea,” Brother Love explained.  “Then we get together and play, I usually get on the drum kit since that’s my first instrument with a mic and Alex on guitar.  Then we literally just flesh it out, we get loud, we bang on our instruments and sing. We both sing everything, and one of us will take a melody or harmony.  We just go until it feels right.”

“When it comes to writing with other people, that took a while, just because Larry and I started this band and it’s vulnerable to write,” said Haddad.  “It wasn’t until our last record Electric Fever that we started to write with our newest member and guitarist Kyle Lewis.  It wasn’t until this EP that we wrote with Sarah Tomek on “Powers Collide”.

Haddad and Brother Love’s writing relationship stems from over a decade long friendship that started in New York City.  Both were previously in the same band together in more of a hired gun situation. When that band saw its end, the duo was craving a new music outlet with a more open-ended and collaborative effort on songwriting.

“We met through a previous band in New York City,” recalled Haddad.  “The band was moving, there was a deal and booking. We came down to Nashville to music row and like most bands do, that band came to an end.  But the main thing it did was hone our songwriting, because it wasn’t our band, we were players. From there we were just really hungry to express ourselves in a kind of music that we believed in and felt.  We immediately got to writing our first album Shine On.”

Now seven years later, Them Vibes finds themselves deep in success in their native Nashville scene but also commercially as well with several syncs featured on popular TV shows NCIS: LA, The Rookie, Shameless, Sneaky Pete on Amazon, Netflix’s The Ranch and others. Looking back, Them Vibes’ founders have come leaps and bounds from their childhoods, when they dreamt of being musicians.

“When I was a kid at day camp, I was coming back from dodgeball, I was never good at sports or any of that, so I was just kind of walking around and I heard this noise,” Brother Love remembered.  “I started running towards it and got to this hill, looked up and there was a guy playing drums, and I was like ‘that is everything’. I told my counselor, ‘hey I’m not going to be doing any other activities today’, and I basically cut out of camp to hang out with this band.  They had one song, ‘Smoke on the Water’ and they played it over and over again, but the hairs stood up on the back of my neck every time and I thought, ‘this is awesome, this is what I want to do.’” 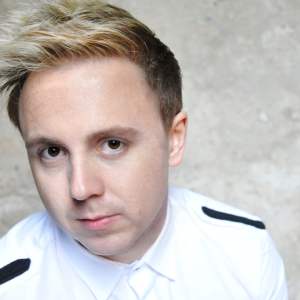 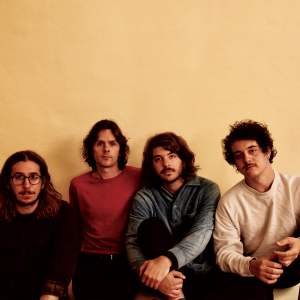