Texas-based alternative rock band Blue October released their tenth studio album, This Is What I Live For, on October 23. It’s the latest in a long line of successful albums stretching back to their breakthrough 2006 album Foiled, which contained the intense single “Hate Me.” That track went to #2 on the Billboard Alternative Songs chart and was certified platinum. The band has remained popular ever since.

Now, frontman Justin Furstenfeld has words of wisdom for aspiring songwriters. “I wish someone would have said, ‘Hey, Justin, you need to invest in a small 8-track in your house, an acoustic guitar, a microphone, a piano and a beat maker,” he says, “and then you need to do nothing but sit there from 10 a.m. to 6 p.m. every day and write.”

That discipline, Furstenfeld says, won’t lead to songwriting gold all the time – but “Every now and again, you’re going to come out with something that’s life changing.” It will also make you prolific: “You’re going to have 300, 400, 500 songs in five years to choose from.”

Furstenfeld has further advice: “I wish somebody would have said, “Find people in your life that challenge you, that love writing and creating as much as you do, and that are versatile – they want to try everything.’” Once you find these people, he says, “Bring them into your studio and write with them. Write with as many people as you can. Learn as much as you can about different tricks.”

But Furstenfeld also has a word of caution when it comes to collaborations. “This is when it gets weird: when you work with people, make sure they are hard workers. Don’t just get these people who come in on their iPads and their phones. You need them focused. You need the best people in the room.” If you’re really serious about this, he says, “Go to Nashville and get in some of those songwriting circles. Those guys are brutal but they are amazing.”

It’s also a good idea, Furstenfeld says, to master the basics on some key instruments. “It’s all about craft. Take piano lessons. Take guitar lessons. Not to be an Eddie Van Halen soloist, but to know that’s a C, that’s a C minor, that’s an A minor.” He adds with a wistful sigh, “An A minor after a C is probably the saddest downfall ever. It’s beautiful and gorgeous.” 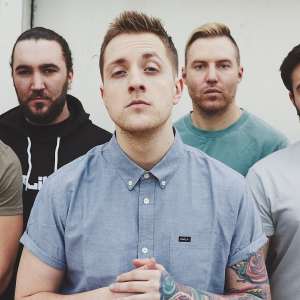 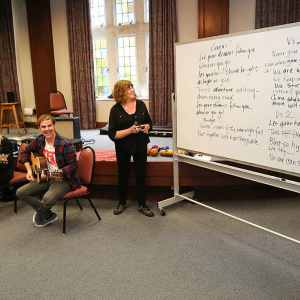