I Prevail made their debut with Lifelines in 2016 and it landed in the top 20 of the Billboard 200.  But with rapid success, came deterioration too.

The Lifelines process saw the band meeting serious business and personal struggles.  With the business mess cleaned up after Lifelines, what was left was a timeline of stories to scream about and mental health issues. The band finally got to sing about all the mistakes, bad business partnerships, label pressure and the hard adjustment to tour life, on their sophomore release Trauma. Which featured elaborate songs like “Deadweight” that discussed the hard decisions the band made to cut certain people out and the hit, “Breaking Down” that toppled charts at No. 3 on Billboard and captivated fans, showing the most human profile of the band thus far.

“Breaking Down” illustrated the fallout the band was dealing with after Lifelines, Burkheiser especially.  It wasn’t until the reissue of Traumatic with its live counterpart, Post Traumatic that he could say he was passed all of it.

“’Breaking Down’ went on to be so successful because they show our fans, we’re vulnerable and honest,” Burkheiser said. “Not to say that our previous stuff doesn’t do that but Trauma really took a look at what Eric and I dealt with. Whether it was my depression or Eric losing his friend to suicide and all the craziness.”

“We had a lot of say. But we also had a lot of people trying to take us certain ways and it felt like this thing we created as babies wasn’t really our anymore,” he continued. “Which led into the songs that went on Trauma and digging into those issues. At that time we really felt like people had it out for us. Some people weren’t in our corner and that’s where songs like ‘Deadweight’ and ‘Breaking Down’ came from after dealing with being on the road for years and leaving families.”

With the external pressure from the business end paired with loss of friends and missing family, came health issues.  In 2017 Burkheiser developed a polyp on his vocal cord that required surgical removal.  The recovery process was lengthy and deterred the vocalist from performing and only heightened his daily wrestle with depression.

“I wanted to give these amazing shows every night. I didn’t want to let people down and a lot of mental strain came from that,” he said. “Then I had to get a vocal surgery and leave tour. And it started to feel like I was losing grip of our band.”

Writing songs like “Breaking Down” after a whirlwind of negative experiences reinvigorated Burkheiser allowing him to return to the band triumphantly and with a new perspective on band authenticity.

“I told myself that if we were going to get back and write another record it needed to be done our way,” the vocalist noted on Instagram. “No label telling us who to work with, or what our music should sound like. No negativity coming in from outside sources.”

With pure motives, a solid crew, and a list of compelling stories to tell, I Prevail overcame everything outlined in “Breaking Down” and what followed on Trauma.

“We have built such a family bond in the band and with the crew,” Burkheiser said. “Our families are tighter and we’re just moving into the next phase of our band where we can be honest with our fans.”

The sheer honestly, vulnerability and human nature of the band who only five years ago was working at IHOP and as pizza delivery drivers is chaptered in the bold video for  “Breaking Down,” which draws on every day struggles that people suffering from depression may face.  And ultimately it gives just one more way for I Prevail to connect with their fans, who experience similar obstacles, which has been their goal from day one.

Catch the video for “Breaking Down” here on American Songwriter. And be sure to check out our interview with Burkheiser on the band’s most recent release, Post Traumatic here. 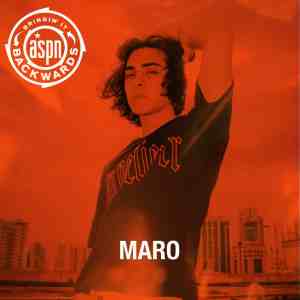 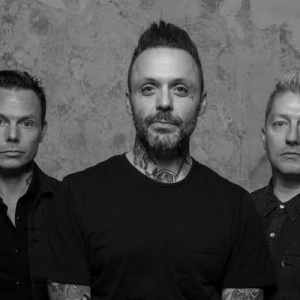