He hasn’t hit it big . . .yet . . . but that hasn’t stopped Americana singer/songwriter Tim Easton from churning out ten solid, superbly crafted albums that have flown under the popular radar. Constant touring both in the States and Europe have honed his live show to a rugged, professional edge which makes anyone who enters a club not knowing Easton, leave a raving fan. His love of rootsy rocking has peeked out of most of his previous releases but a recent move to Nashville inspired this new set of predominantly rockabilly material. And it’s another winner.

Recorded in five inspired days with veteran producer Brad Jones, Easton leads his stripped down band featuring rollicking standup bass through fiery originals that wouldn’t sound out of place on an old Sun Elvis record. His grainy voice with a smidge of 70s Dylan is perfect for this style and he sings with the crackling enthusiasm of the 50s rockers that have clearly inspired him.

Even though rockabilly dominates the sound, Easton leaves room for the tough Tony Joe White styled grunge swamping “They Will Bury You,” the back porch acoustic country blues of “Gallatin Pike Blues,” the dreamy yet vitriolic ballad title track aimed at an old flame and a sweet closing Appalachian instrumental with fiddle dedicated to Levon Helm. It’s all crisply recorded letting you hear the sparks that obviously flew in the studio.

At just over a half hour, it’s not going to tax anyone’s patience but if there was ever an album you’d want to extend to twice as long, it’s this corker. So roll up your jeans, grab your favorite guy or gal, hop in the convertible, and let Tim Easton take care of the rest. 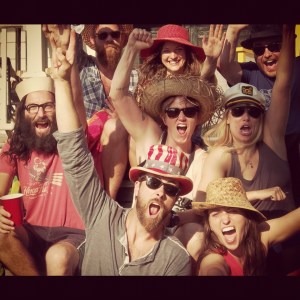