Tom Sless knew he had to break free from the conventional life if he was going to soar high with his original music and leave a lasting artistic impression. And what better metaphor than imagining he was an astronaut, as he does on his latest single “Astronaut,” a highly biographical pop treat premiering here today on American Songwriter.

“Astronaut” bops along with a cheery, musically positive outlook as Sless sings confessional lyrics of the struggles and nagging insecurities we all confront.

I’m an astronaut but I’m lost at sea

And if nobody jotted down my history

Would anybody remember me?

“Astronaut” illustrates the main insecurity I faced after deciding to redirect my life’s focus towards my music,” Sless told American Songwriter. “Pursuing music full-time was following the only dream I had since I was a kid, and I felt uncertainty as to whether I would be able to realize that dream.

For Sless, the philosophical musings of ‘what am I worth’ and ‘do people care about me’ posed in “Astronaut” are answered with no regrets.

“I was concerned that the time I spent away from music pursuing other goals set me up behind the proverbial eight-ball, and I dealt with anxiety about whether changing my life around would be ‘worth it.’ However, processing those emotions through writing this song helped me to understand more about what ‘making it’ and ‘worth it’ really meant. In my case, my pursuit will be ‘worth it’ so long as I fully embrace my passion for music as the foundation of who I am, take things slowly, practice letting go, and live in the present moment.”

A New Jersey native, Sless packed up his belongings six years ago, trading the Jersey Shore beaches for the year-round sunny sands of Southern California. The solace of the ocean waves crashing on the beach, no matter the coast, was an important and comforting necessity for Sless, and played an important role in the theme of California Dream, his latest album, co-produced with John Bottrell (Christina Perri, Mike Posner). The relaxed scenery of Seal Beach and Marina del Rey provides the setting for the “Astronaut” video.

“The beach and ocean give me so much life. When I get to the beach and gaze out at the endlessness of the ocean dipping over the horizon, it helps me get a better hold on my outlook and perspective. Growing up down the Shore, the beach was more than just a place you go on vacation – it was a well of solace and community that you could tap into at any time. Having that in LA helped me sort through my thoughts and emotions as I was weaving them into the songs that became California Dream.”

The writing process for “Astronaut” began in the spring of 2019 and was pretty straightforward. “Some of the first draft did not make it to the record, but the lines that appear in the first verse and chorus are roughly the same as what came out when I first sat down with my laptop and guitar. One key difference between draft and final was in the chorus hook “I’m an astronaut, but I’m lost at sea”, where ‘lost at sea’ was not the original line. During sessions with my co-writer, Clifton Jennings, we discussed how we could really drive home the imagery of this astronaut, who in the context of the song represents the ‘fully realized future me,’ feeling so far removed from his element that its forcing him to ponder those existential questions underscored in the rest of the chorus (“I don’t know who I grew up to be,” “Would anybody remember me?”). An astronaut lost in the middle of a never-ending sea, with nothing to look at but the outstretching abyss and the sorely missed stars above, felt like the best way to encapsulate that feeling. Plus – it leveraged the California Dream beach / ocean imagery quite appropriately!”

Sless is also fond of a couplet in the second verse for its raw emotion: “I confess I gave my best away and in return… My overrated safety net has only made it worse.”

“This song is as much about uncertainty in the future as it is anxiety in the past. Even though I have so much to be thankful for today, I’ve found myself at times questioning whether the reckless and impulsive decisions I made before saddled me with too much lost time to make up the ground and truly realize my “California Dream.” Those lines cut deep for me.”

Guitar used: Logan Custom Tele (as seen in the video!) 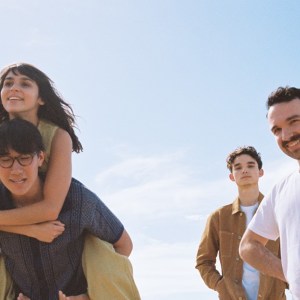 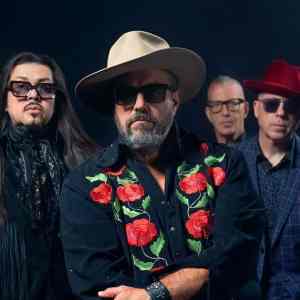