Alanis Morissette is in the ranks of musical icons that stand as paradigms of their eras. Few artists are as evocative of the mid-’90s as Morissette and her grungy musicality. With her distinctive voice as the lifeforce, Morissette has clinched a number of hits that range from somber ballads to seething rock anthems.

We’ve managed to suss out some of Morissette’s top tracks that would find a comfortable home on any playlist in 2022—they are that enduring and influential. Below, we’re going through 10 of Morissette’s best songs that deserve a revisit.

Do you derive joy when someone else succeeds? / Do you not play dirty when engaged in competition? / Do you have a big intellectual capacity / But know that it alone does not equate to wisdom? These are four out of 21 deal-breakers for Morissette.

In “21 Things I Want in a Lover,” Morissette doesn’t compromise or settle for less. If you don’t check each and every one of these boxes, Morissette will patiently wait for the next one to come along. I’m in no hurry I could wait forever, she sings.

In 2005, Morissette released a cover of Seal’s “Crazy.” Swapping his smooth R&B vibes for something rockier, she makes the already iconic track her own. A song for anyone who has ever felt they needed to hide their true selves away, Morissette breaks free from those bounds in “Crazy,” belting out the lines But we’re never gonna survive, unless / We get a little crazy.

Not difficult to decode, “You Learn,” sees Morissette going through hard-earned lessons she incurred throughout her life.

In the end, according to Morissette, everything happens for a reason. Let your heart “get trampled,” “walk around naked in your living room,” and “swallow that jagged little pill.” On top of being an inspiring message, the musicality of this track was ahead of its time, having flavors that wouldn’t show up in mass until the new millennium.

Though the emotion found in a healthy portion of Morissette’s songs is anger, in a rare few tracks, she softens up and leans into a more somber note. “Guardian” is one such song. Though she keeps her grunge rock vibes intact, the lyrics lend themselves well to a crying session.

You, you who smiled when you’re in pain / You who soldiered through the profane / They were distracted and shut down, she sings in this emotional number about defying the odds and protecting the ones you love.

“Bittersweet” is often an apt description of Morissette’s music and it is certainly true of “Precious Illusions.” Though the love she describes in the song was once healthy and bolstering, it has since turned sour. Her memories are fond but her present is deeply haunted. The chord progression is a grunge groove you don’t get much nowadays and her rich vocals are at the forefront. It’s a Morissette track that deserves more love.

What makes “Hand’s Clean” such an interesting listen are the lyrics that are written from the perspective of an older man she had an affair with at 14. If it weren’t for your maturity, none of this would have happened / If you weren’t so wise beyond your years, I would’ve been able to control myself, she sings in the verses.

In the chorus, he reckons with his decision, attempts to cover his tracks, and begs her to never speak of it ever again—And I have honored your request for silence / And you’ve washed your hands clean of this. It’s a stunning example of Morissette’s deeply candid writing.

After the colossal success that was Jagged Little Pill, Morissette broke a year and a half dry spell with a suite of singles, including “Thank U.” Written during a reflective trip to India, the song saw Morissette being far more optimistic than in her previous work.

Of the idea behind the song, Morissette told MTV, “Basically, I had never stopped in my whole life, hadn’t taken a long breath, and I took a year and a half off and basically learned how to do that. When I did stop and I was silent and I breathed… I was just left with an immense amount of gratitude, and inspiration, and love, and bliss, and that’s where the song came from.”

I’m broke, but I’m happy / I’m poor, but I’m kind / I’m short, but I’m healthy, yeah, in “Hand In My Pocket” Morissette lays out the paradoxes between her personality and her status in life. In comparison to some of her other tracks, this one is fairly laid back—she is who she is and she doesn’t care who knows it. On top of being a catchy, ’90s alt-banger, the lyrics put into perspective what is truly important in life.

Though this song might be a little hazy on the true definition of “Ironic,” Morissette undoubtedly had a classic on her hands the moment she released this one.

With so many gems on Jagged Little Pill, to come out atop the pack speaks volumes about the genius of “Ironic.” If there’s one thing Morissette does perfectly, it’s building up to an exploding chorus. The intimate verses in “Ironic” play perfectly against her belting vocals when she sings the refrain, It’s like rain on your wedding day / It’s a free ride when you’ve already paid / It’s the good advice that you just didn’t take / And who would’ve thought? It figures.

If an artist sticks around long enough, they will inevitably amass a song that is their signature. Morissette has a few strong contenders, but when you think of the Canadian songstress it’s hard to forget “You Oughta Know.” You’d be hard-pressed to find someone who hasn’t belted out these pained lyrics a time or two (at least in secret if nothing else).

Few songs encompass the sheer anger that Morissette injects into this one, which makes listening along almost a cathartic experience. If someone has pissed you off, put on ‘You Oughta Know” and soon you’ll begin to feel lighter. That chorus is one of the pinnacles of the ’90s and will always follow Morissette around. 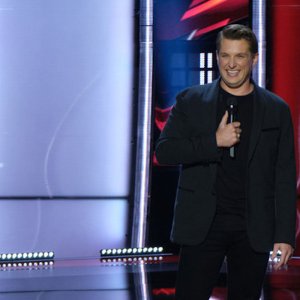 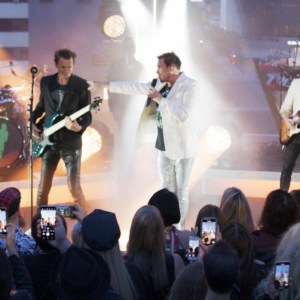