I’m staring at a Patti Smith photo from the’70s. She’s got her leather jacket open, with no shirt on beneath, and she’s got both hands tucked down into the front of her still-buttoned leather pants like she’s about to jack off — but for her pleasure, not mine or yours. I wish I’d seen that kind of representation as a much younger person: the non-gendered clothing, the self-possessed gaze of someone who won’t be controlled by anyone, and a libido she’s about to sate herself.

I’m actually embarrassed to admit how recently I learned of Patti Smith. I fear that you, reader of American Songwriter, will be appalled to learn that I was not in middle school nor high school nor even college. As a religious adolescent in Macon, Georgia, I generally missed out on Culture, and was especially shielded from secularity of a queer or disruptive sort. My musical lexicon skewed toward Christian boy bands, new-millennium pop country, and Broadway musicals.

I didn’t hear Patti Smith’s music until I was 22. At the time, I was a disoriented but eager artist who had just moved abruptly from Nashville to New York City, where I knew almost no one. Not long after arriving, I spent an afternoon at the home of my (then new) and now beloved friend, Sharon Van Etten, who placed Smith’s Radio Ethiopia on the turntable. I listened without changing my expression much, as I wasn’t great at being outwardly effusive about anything I liked at that point in my evolution, but I was dying inside. First, there was the album cover: the androgyny, the sharp features, the uncombed hair and the cool boyishness. She was everything I wanted to be. From the first second of the song “Ask The Angels” I knew that the person I was hearing, who absolutely pulverized the speakers through which she howled, had invented a language of music decades prior that, for 22 years, had been kept from me.

I had earned a college degree at an institution made up of ostensible “Lovers of Music” and yet no one had spoken her name in my presence. I was angry, as I listened to the record spin, and felt betrayed by my masters. I was jealous, too – jealous that it had already been done, that I hadn’t thought of it first. But that envy passed by the time “Ain’t It Strange” exploded into an unhinged climax, and I was forever a fan. Every other word exploded out of her mouth like a growled, shivering command far more than a sung song. The spasmodic way she used her voice to project rage, filth or desire so forcefully is what made it powerful. That same energy makes a lot of people squirm because it’s abrasive, something I’ve chosen to channel in my own performances over the years. She’s still doing it, too.

And she’s still touring. I’ve heard she still goes as hard as ever (I haven’t had the pleasure of seeing her perform yet), and she still writes books, and still has her finger on the pulse of New York City.

A couple of years ago, I attended a screening of Alejandro Jodorowsky’s film Endless Poetry with a dear friend at the Sunshine Cinema in New York just before it closed down. There was a Q&A with Jodorowsky himself after the film. When the lights in the theatre went up to illuminate the crowd, lo and behold, I saw Patti Smith sitting a few rows to my right. “Of course Patti is a Jodorowsky fan,” I thought, chiding myself for not knowing that prior to the evening.

I love that Smith, one of the greatest rock stars that’s ever lived, keeps an Instagram account. It feels fitting to me. While most of us cringe as our parents attempt to use social media, Patti Smith not only adapted to the form, but from post one, has made her account an art form. She begins each photo caption with, “This is […]” and then describes whatever it is she’s been doing or something she’s got on her mind. And it feels special and real, a window into the world of one of the greatest living artists in real time. She posts hellos from book tours and concerts, and just as often she posts greetings from her desk, or the kitchen table, telling us what she’s reading and letting us know she’s enjoying her toast and coffee. She speaks words of life and she’s hopeful about the future.

I think this is why Patti Smith is just as relevant now as she was four decades ago. She’s still searching and curious, and rather than resisting the mass technology takeover, she decided to participate and has managed to do it better than anyone else. It also makes me feel, as a late-to-the-party fan, that I didn’t miss it all, that there’s still more to come, knowing that one of the greatest rock stars of all time is aging well and still busy being one of the greatest rock stars of all time. Patti Smith is hopeful, and if she’s hopeful, I can be hopeful. 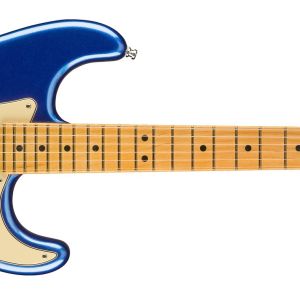