Country rocker Wade Bowen just recently released his Thirty Tigers’ debut, Solid Ground. Produced by Keith Grattis, the album pays homage to Bowen’s native state, Texas, blending together all of Texas’ signature sounds. American Songwriter got a chance to catch up with Bowen and discuss his inspirations, songwriting, and more.

Solid Ground was just released. What was the inspiration behind that project?

I wanted to make a “Texas” album, one that represents my home state. Similar to the way Springsteen shows his love for the Jersey sound, I truly wanted people to understand my love for the kinds of music that come out of Texas: rock, country, Americana, blues, Tejano, all wrapped up into one. This is my “Solid Ground” where I was born and raised and still live. And I truly believe you can feel that in this album.

You’ve worked with some other great artists and songwriters on this album — Miranda Lambert, Jack Ingram, Charlie Worsham, etc. What was your favorite aspect of the collaborative process?

I’ve believed in this album from the moment we started it. I wanted friends involved in every part of the process. From my producer Keith Gattis, to the people that wrote and played all over this project, it’s always more fun to have friends involved and around. People that know who I am and why I do what I do. They were all a critical part of the making of this album and it wouldn’t be what it is without them.

I’ve read “Death, Dyin’ and Deviled Eggs” was inspired by the passing of Guy Clark, your mentor. How has he influenced your growth throughout your career?

I remember as a kid listening to the Old Number 1 album with my dad. Guy has been a part of my life for as long as I can remember. I was fortunate enough to write and record with him, and he was beyond cool to me. Genuinely nice to me. The song is not about Guy, but I wrote it with my buddy Jon Randall right after Guy passed. I just wanted to write a song like Guy. What would Guy do? That might be the ultimate respect you can give any songwriter.

Are there other songs that were inspired by personal experiences?

Almost all of my songs are from personal experience. I’m an open diary kind of songwriter.

Do you have a typical songwriting process? If so, what does that usually look like?

There’s nothing typical about my process. I write when I can or when inspiration hits. And I write even more come album time. That’s when I grab on to anything and everything I possibly can, afraid I’ll leave a rock unturned. Sometimes it’s a line, sometimes it’s the chorus first, sometimes it’s the melody first. Whatever it takes to get the song out to the world.

How would say your songwriting has evolved since your first solo album, Try Not to Listen, in 2002?

Well, it seems to me that true songwriters get better with age. I’m more mature, more knowledgeable, and have more fun with the songs than ever. I feel I know how to get to the hook and melody better and also still drive home some substance. I’ve been through a lot playing music for 20 years now. I don’t think it’s ever shown as much as it does with this album. I hope people enjoy that the most when they listen to this.

Bowen MusicFest is another incredible venture of yours. What first moved you to create that festival?

Plain and simple – I love music and golf. It started as a golf tournament and is now a 3-day event, including an all-day music festival. The Bowen Family Foundation has become a passion for my family and me. My three sisters, my mom and dad, cousins, aunts and uncles, my wife and kids…everyone gets involved to pull this off and we love giving back to the community. There’s nothing better than seeing the faces of those that we get to help. There are so many people in this world that work hard and want to do good for others. We are just trying to provide the money and resources for them to do their jobs the best they can. And I love it!

You’re out on tour right now. What has it been like to play songs from Solid Ground live?

It’s the best transition into our show for an album that I’ve ever had! These songs are powerful and full of vibe and energy and they seem to be going over so well – I love playing these songs every night! 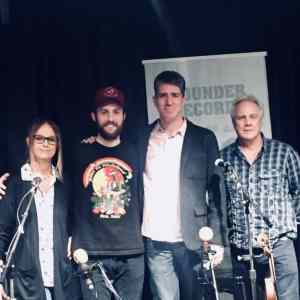 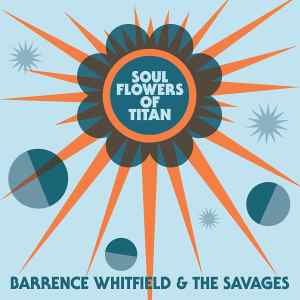