Warren Haynes celebrates his 60th birthday today, although he’d probably be enjoying it a little bit better if he could be out doing what he loves, which is playing music. But at least he was able to get in two momentous shows before the shutdown.

First there was a March 10 sold-out event at Madison Square Garden featuring the Brothers, an impressive cross-section of musicians spanning the history of the Allman Brothers celebrating the band’s 50th anniversary. It would turn out to be the last major concert in the city allowed to have a full audience before concerns about the COVID-19 virus put a stop to such massive gatherings.

“It was a very surreal night I think for all of us,” Haynes told American Songwriter in an in-depth interview. “It would have been under normal circumstances. But as we got closer and closer to show date, we were all wondering if we’re going to be allowed to play. We barely got in under the wire and then the next couple of days, they basically starting shutting down everything and cancelling shows everywhere. It’s very bizarre that we turned out to be the last big show like that, and very strange in hindsight that we were probably all exposed much more than we realized.”

Haynes says that there wasn’t really any talk about that show at the Garden being a kind of last hurrah for touring artists everywhere. “I think at that point everybody was still downplaying the seriousness of what was going on, thinking that it was not going to get as out of hand as it did,” he recalls. “Things changed really quickly. Within a few days, New York was totally starting to get the picture.”

Still, the show was a massive success, for which Haynes, who has been part of the Allman Brothers circle for over 30 years, is extremely grateful. “I’m really glad that we were able to celebrate the 50th. When (original band member) Jaimoe called everybody and said that he thought that we should do something for the 50th, we all instantly agreed and thought, yeah, let’s do this. In a lot of ways, it was a show that we had talked about doing as the Allman Brothers Band but it never came to fruition. From the first moment of rehearsal it felt wonderful, and it just got better and better. I was very proud of everyone. From a musical standpoint, the band sounded wonderful. But there was so much more at play.”

Haynes is referring to the fact that, since the last time the Allman Brothers Band performed, Gregg Allman and Butch Trucks, both founding members of the group, have passed away. “Obviously it was an emotional night. Doing that show without Gregg or Butch was something that was looming large. I think we were all pleasantly surprised at how quickly the event sold out and how wonderful the response was from the audience leading into it. And the feeling in the room that night was incredible.”

As for filling in on vocals for Gregg Allman, Haynes understood the responsibility. “A lot of those songs I had sung before,” he says. “In some cases, all my life. A lot of them I had never sung before, but, obviously, I knew them very well. Having stood next to him for 25 years, that was a good way of absorbing his approach to the tunes. But it was intimidating on one level and very natural on another. Gregg’s voice was the thing that drew me into the Allman Brothers music when I was nine years old, before I had ever picked up a guitar. Of course, the music itself and the guitar-playing was a big part of what drew me. But it was his voice that really hooked me from the beginning.”

“I learned so much from Gregg before I ever met him. And then obviously a ton more after we became friends. I got to know Gregg in 1981. And when I joined the Allman Brothers in 1989, that was such a game-changer for me. It was an opportunity that nobody ever would have imagined even existed. To be thrust into that in that way was an amazing experience. And of course, he and I and Allen Woody (who passed away in 2000) shared a tour bus together, went around the world together, and just spent countless hours hanging out and listening to music and joking and laughing and experiencing life together.”

As warm as the feelings were and as transporting as the music was (check out online clips to hear for yourself), Haynes insists it was not a new beginning for another incarnation of the Allman Brothers. “I think we all looked at it as a one-time thing that needed to happen,” he explains.

Two nights later, Haynes was involved in the Love Rocks benefit at the Beacon Theater in New York, but that show took on a much different tone. The audience was restricted to only authorized personnel. Although the event always benefits city residents dealing with sickness or infirmity, new layers of meaning seemed to attach themselves to the show considering everything going on in the world. Haynes’ stunning performance of U2’s “One” was an emotional highlight.

“Greg Williamson, who puts on the Love Rocks benefit, had the idea of me doing ‘One’ and the idea of myself and Jimmy Vivino doing ‘Why Does Love Got To Be So Sad?’” Haynes explains. “And we asked Derek (Trucks) to join us on that as well. I had originally covered ‘One’ on my acoustic Live at Bonnaroo CD and I would do it occasionally in my solo acoustic performances. And I think Gov’t Mule even performed it a few times, but it was something that I did more by myself. When he presented the idea to me, I thought, yeah, that’s perfect for that occasion. And, of course, by showtime, it had become even more poignant.”

Since that night, the music has pretty much stopped for Haynes and all other musicians, at least in front of live audiences. He is making plans to join the growing ranks of artists playing for fans online during the quarantine, as well as releasing concerts from the vault for fans to stream. But he’s yearning to get back out there, whether it’s with Gov’t Mule, now together for over 25 years, or in some other fashion.

“Performing is in my blood,” he muses. “I’m already chomping at the bit to get back to business as usual, but I don’t know that whatever comes next is going to be the same as what was before. I’m hoping that the new version of the touring industry is going to be similar and very cool. But none of us really know for sure. I do know that now more than ever people need music. And when the time comes, live music will be such an important part of our lives, and one that there will be no substitute for.”

Regardless of what comes next on the live front, Warren Haynes is certain that music will be a main consolation for all in these difficult times. It’s certainly something he doesn’t take for granted.

“I think musicians in general tend to be appreciative of the fact that we do what we love for a living,” he says. “Maybe sometimes we lose sight of it in small ways. And times like these will definitely remind us of why we all started playing music in the first place, and why we all fell in love with music before we started playing or singing or writing. And also, how important it is and how special it is to almost everyone. I know so very few people that don’t consider music to be a huge part of their lives. But those of us that get to do what we love for a living are truly blessed. And you can never lose sight of that. I think everyone is now reminded of how important music is beyond the obvious.” 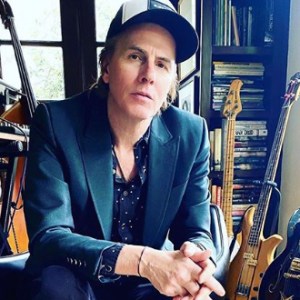 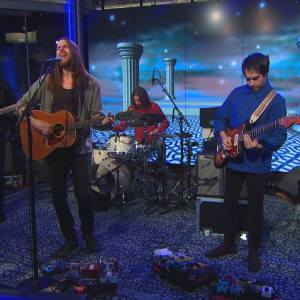