By March of 1965, President Johnson launched Operation Rolling Thunder, a three-year campaign bombing of targets in North Vietnam and the Ho Chi Minh Trail. That same month the first American troops entered Vietnam when U.S. Marines landed on beaches near Da Nang, South Vietnam. As America was at war, and involvement would continue on through 1973, the songs of protest continually grew around a war no one ever wanted, including one of the first anthems of the time released by The Animals.

The Grittier Meaning of the Lyrics

Released in the UK and U.S. during the summer of 1965, “We Gotta Get Out of This Place,” originally written by the husband and wife duo of Barry Mann and Cynthia Weil, was grittier and summoned an urgency to pull out of the war at the time. Capturing the angst of being stuck and wanting to get out in the opening bass lines, the lyrics move through other relatable human struggles.

Now my girl, you’re so young and pretty
And one thing I know is true
You’ll be dead before your time is due, I know

Watch my daddy in bed a-dyin’
Watched his hair been turnin’ grey
He’s been workin’ and slavin’ his life away, oh yes I know it

Initially heard by The Animals’ manager Mickie Most, who was looking for a song to break the band into the U.S. market, once recorded, it became an anthem of the times and immediately reached No. 2 on the UK charts and No. 13 on the U.S. charts.

Connection to the Vietnam War

Though the song never mentions war or any other situation to escape, it was quickly adopted by U.S. soldiers during the Vietnam War and was the most requested on Armed Forces Radio, according to the late radio personality Adrian Cronauer, whose life inspired the 1987 film Good Morning, Vietnam.

“We Gotta Get Out Of This Place” was the song Vietnam veterans most identified with the war, according to a 2006 study by the University of Wisconsin-Madison (UW). ”We had absolute unanimity, this song being the touchstone,” said Doug Bradley, a Vietnam War veteran, and director of communications for the UW System. “This was the Vietnam anthem. Every bad band that ever played in an armed forces club had to play this song.”

He added, “What is constantly so astounding is how [discussing music]makes it so much easier for vets to talk about what it was like there, how they felt, and how they are feeling now. Thousands of vets have still locked it down, have never talked about their experience. This has facilitated a discussion with some people who have never opened up before.”

In releasing “We Gotta Get Out of This Place,” the band recorded two different versions of the song, including a “U.S. Version,” which was an alternate take and became the more popular.

“That’s every song I’ve ever written,” said Bruce Springsteen during a 2012 SXSW keynote address of the anthemic song. He added, “To me The Animals were a revelation… some of the most full-blown class consciousness that I’d ever heard.”

Throughout the decades, artists like Ann Wilson (with Wynonna Judd), Alice Cooper, Blue Oyster Cult and Grand Funk Railroad have covered “We Gotta Get Out of This Place.” In 1990, the song, which has also been featured in film and TV, was also covered by ’80s pop group Katrina and the Waves, featuring Burdon.

“I’ve always viewed myself as a punk,” said Animals singe Eric Burdon on his angrier vocals on the track and how the song influenced the later genre. “The Animals could have evolved that way [into punk]. We had the energy and the anger, but we didn’t stick together. When the punk scene became commercial, I was all for the politics of the movement, but the music didn’t really stand up and ultimately, it was self-destructive.”

Often played at school proms and part of the soundtrack to other events marking the end of a life chapter, the song was also one of protest against Vietnam, along with The Beatles’ “Revolution,” Creedance Clearwater Revival’s “Fortunate Son,” and others that followed.

“The song became an anthem for different people,” said Burdon in 2004 of the meaning of the song. “Everybody at some time wants to get out of the situation they’re in.” 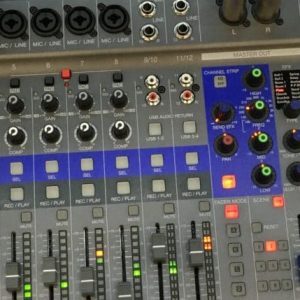 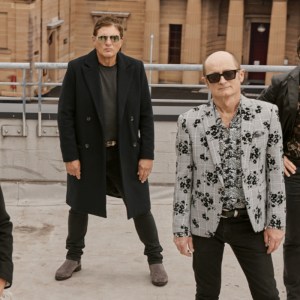