Seattle’s Eric Anderson, who performs under the moniker Cataldo, is the rare kind of artist who’s able to absorb the chaotic world around him and distill it into crystalline song. On his new album Keepers, released in late April, Anderson chronicles car accidents, domesticity and everything in between with an eye for telling detail and and ear for unusual sonic textures — “A Short Goodbye to No One In Particular” listens like a short story, while “Little Heartbeat” surprises with a perfectly rendered alto sax solo straight off ’80s pop radio.

Anderson took some time to speak with American Songwriter about Keepers, writing songs based on melodies, and his support from the Seattle music scene. Read the conversation and check out a new lyric video for “Between You And Me” below.

You just released a new album, Keepers. What was the genesis of the album? Was there a particular song that got the ball rolling?

When I started making Keepers I wanted to record 10 songs that could stand as individual pieces without necessarily leaning on a concept, inter-song references, or being a part of a larger album project. Each song lives in its own universe somewhat independent of the songs that surround it; after finishing I jokingly called this record Greatest Hits. That joke-title is more than a little tongue in cheek, but I still think a little appropriate. I tried my best to make every song the kind of special banger that could have popped up from time to time over the course of an artist’s whole career. “Little Heartbeat” and “Photograph” really pointed me in that direction.

It’s a richly layered album. How involved were you in producing the tracks? How did working with Tucker Martine affect the final album?

I had a ton of help from the musicians, recording engineers, and of course Tucker but ultimately I was the person steering the ship on production decisions and editing. I’ve worked with Tucker for a few albums — his ear on highlighting what’s important and special about a song and tucking away things that are less important or maybe don’t quite work is one of his biggest talents as a mix engineer. Getting fresh perspective when I was 100% out of it was an invaluable contribution to this record.

Ben Gibbard is featured on the album. How did you two get hooked up?

Ben and I got to know each other volunteering for the same non-profit. I’m incredibly grateful for his support and mentorship. Having him sing a little on this record was a total mind-melter.

There’s another Death Cab connection, as you got to spend some time recording at Chris Walla’s studio. What was that like?

We did the grand tour of Seattle recording studios — we hit Studio X, Avast, the Hall, as you mention, and tons of spare rooms, practice spaces, etc. Each studio has its place — X is an incredible sounding room with a huge console, classic outboard, and tons of isolation options (there aren’t a lot of studios where you can roll a grand piano into an iso booth without it being a big production; X is one). The Hall’s room is smaller but that’s one of the things that makes it special. It’s got a really tight, interesting room sound and it’s so compact you can’t just “hang” without contributing something. If you’re there you are part of the process. Unlike X or Avast where there’s a focus on recording tools but almost no instruments, the Hall has a TON of instruments and really interesting, special ones. There’s every guitar, effect pedal, synth, and obscure rack-mounted delay known to humankind. It’s a really exciting creative space that’s somehow more than the sum of its parts.

I typically start with a melody and turn that over in my mind until I can attach some lyrics to it. At this point I can start “playing” a chord progression and a kind of hazy arrangement in my head as I go along. When I have it somewhat planned out I make a demo and then a game plan for who I need there to get it recorded. On this album I was lucky enough to track quite a bit live — that’s where Studio X came in so handy. I could have six people playing at one time with complete control and isolation on all instruments. Then I take it back, do some editing and overdubs, and then on to mixing.

You explore a lot of different sounds on the album, from acoustic instruments to synth and saxophone. What influences have helped you develop your sonic palette?

I typically buy a few instruments, wring the creative towel on what I can get out of them, and them sell them to pay for mixing, tour support, et cetera. On this record I bought an Ensoniq ESQ-1 that ended up on a TON of songs. I just try textures and approaches until I land on something that feels right to me; on this record, that was a lot of polysynths, alto sax, and twinkly string instruments like dulcimer, mandolin, and Nashville-strung acoustic guitars.

How has living in the Pacific Northwest affected your music, if at all?

Oh man. It’s affected it a lot. Folks in Seattle cheer for each other; we want the people who live here to win. It’s a large enough creative community that there are a few of all the things you need — a few great guitar stores, a few amazing lap steel players, and they’re all one or two degrees removed from you. Not only that, when you get ahold of them they are excited to help you out even if you’re not a millionaire or working on the next Macklemore record. I have found Seattle pretty much gives back what you give it — the more you contribute and help out, the more that will happen for you.

You just put together a new lyric video for “Between You and Me.” What was the inspiration for that song?

We tracked this song almost entirely in one day at Studio X. They do a do a lot of scoring at Studio X so there’s a big TV above the console. Typically someone puts on Cosmos or Planet Earth or whatever but that day it was an hour-long video of point-of-view footage from a train rolling across Europe. I’ve always thought that song ended up with kind of a locomotive feel (partially by virtue of Sean Lane’s very propulsive drumming) and I think it had a lot to do with that train video. At some point I got it in my head to shoot some similar footage on a model railroad. Many road trips, phone calls, emails, and board votes later my filmmaking buddies Christopher Harrell and Tyler Kalberg were in the Washington State History Museum shooting on their massive and beautiful model railroad alongside the Puget Sound Model Railroad Engineers.

That song is about backup plans, jealousy, touring, and ultimately gratitude of being in a low-mid-level band trying to get people to learn about your music. Having lots of traveling imagery and the literally locomotive energy of the trains I think fits really well, and Christopher and Ty did an incredible job shooting it and cutting it together. 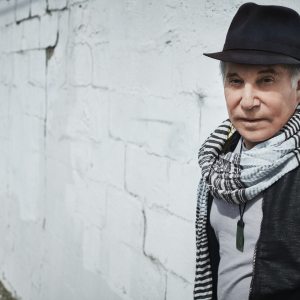 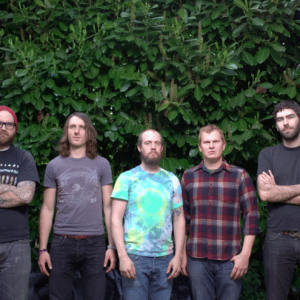