The rise of crowdfunding has merited some utterly fascinating innovations in the world of entertainment. Perhaps the most impactful of these innovations is the fact that many artists are beginning to find ways to sustain themselves entirely from their art. One of these artists is New Jersey’s Will Wood.

On Thursday, Wood released a new single, “Love Me, Normally” which comes ahead of The Normal Album, out July 10 via Say-10 Records. The single, like much of Wood’s discography, has an eclectic sound with a theatrical flare. Wood’s showmanship is a big part of his artistry, which shows in the fun music video that comes along with the single.

American Songwriter caught up with Wood last weak and spoke about The Normal Album, his writing process, his theatrics, his work with crowdfunding and more.

Tell our readers about The Normal Album — when did you start working on it? What inspired it?

It’s tough to say exactly when ‘writing songs’ ends and ‘writing an album’ begins. There was no common intention for all of these songs when I started writing them, but after developing a relationship with them over time they sort of conspired and showed me how they could work together. I think the ideas that tied them together and what I was trying to communicate with an album as a single piece of art started to pop up a couple of years ago, but even they have their roots in a much older part of me. I have a diagnosis of Bipolar II (I phrase it that way intentionally) and after years of struggling with this thing, I finally began treatment shortly in 2016. Things changed pretty damn quickly. I was able to step away from my emotions, examine them and their sources critically and approach the songs with intention as opposed to some desperate attempt at catharsis. So, the songs deal a lot with the process of going through that very stark change in mental functioning, the personal growth that was allowed to take place as a result, what I think that might mean about the relationships between humanity and nature and how the world looks to me through new eyes. It’s a lot more commentary than my previous work, I’m finally learning to trust my thoughts.

What was the mechanical process of writing these songs?

The process of writing the songs themselves is a very unique and varied thing on its own. Every song comes from a different place and is made out of different types of material, and the only thing I can definitively say about the nature of the process is that I doubt I’ll ever understand the nature of the process. The songs sometimes just pop into my head, other times it’s a very focused process, and others sort of passively write themselves over time. I mostly write on piano, although other times I’ll use organs, ukulele or guitar. When it came time to record I brought phone recordings to the band and we worked out the arrangements together. Their incredibly unique approach to their instruments, their lead parts and their harmonies really helped to define the sounds on the record. I’m really lucky to be able to express myself through the songs I write and have such creative people supporting the material and adding to it the way they do.

What is ‘normalcy’ to you?

The rhetorical question “what is normal, anyway?” is so frequently posed as a means of communicating something I can’t say for sure I agree with. I think normal is a very real thing, it’s the cultural codes of conduct and unwritten rules of society, the mainstream schools of thought and the consequences that come with going against them. But I also think everyone has their own inner self that will always be at least partially at odds with these norms. Everyone has their own little normal. I think the big ‘normal’ is a sort of conversation between the individual and the collective. Culture is a compromise. I can’t say I actively seek to go against the grain as part of some mission as an artist, but for The Normal Album, I definitely kept the grain in mind while building because of how I wanted the sounds to interact with their contents. By incorporating sounds from mainstream or dead genres, and familiar musical tropes, I’m able to use their cultural connotations as context, and tools for communicating the more abstract ideas. So, I think what makes so much of my work sound unusual is the fact that it’s aware of the usual and acknowledges its existence as something outside of itself. All things being defined by their antithesis. And I do that in the hopes of creating a sort of symbolic representation of that big Normal/little normal conversation.

You’re somebody who has a very extravagant and whimsical persona — what is your philosophy behind this?

What’s now seen as this one singular, very chaotic persona was the result of experimentation and trying different things with how I would present my work and where I wanted the fourth wall to be… and maybe hypomania. I was very much into that alternative comedy and sort of post-modern performance art stuff. I knew that bold antics got people’s attention and I wanted to figure out what stories I wanted to tell. I also was trying to make a statement on the malleability and illusory nature of what we call the ‘self’ by actively working to avoid being a cohesive singular person. I don’t regret doing all of that wild stuff because it helped get me to where I am now, but I’ve come to realize that the platform you say something from can often redefine what you’re saying to the point of it being unintelligible. I won’t promise I’ll never lie about having a daughter, put on a dumb hat and a dress, break a bottle over Mike’s head and mash my face into my keyboard again. That stuff is fun, and that kind of intensity and drama can turn music into a whole different art form. But right now, I’m realizing that it’s not interfering with my connection with my authentic self, it’s interfering with my audience’s connection with him. So I’m putting “The Real Will Wood” away for a little while.

This album was crowdfunded via Indiegogo — do you sometimes wish that you could focus more on creating your art and less on finding a way to fund it? That said, was it nice to receive that level of support from your fans?

It does wear me out to be at a desk all day. There’s nothing I’d rather do, but I definitely wish I could spend a larger portion of my working hours making music and less of it scrambling to maintain a consistent income. That being said, most of my career is as a Patreon creator and coming up with exclusive things to give my patrons has pushed me to take on a lot of new artistic challenges and forced me to innovate. So, wearing all these different hats can be stressful, but it also provides me with a lot of opportunities to grow I wouldn’t otherwise have. It was really exciting to see that my goal had been hit in the first day of the campaign. The crowdfunding model works really well for me, but I think a big part of the reason why is because I don’t just ask for support, I try to sell art and experiences in exchange for it. I think if artists are going to stay afloat in this increasingly weird industry, we have to be creative with what exactly our craft is, not just the craft itself.

Will Wood will be hosting a livestream release show on Saturday, July 11th, at 7pm EST, here:
https://www.crowdcast.io/e/the-normal-album-release

Listen to Will Wood’s single “Love Me, Normally” below: 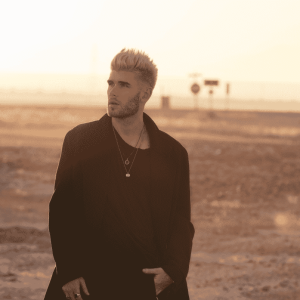 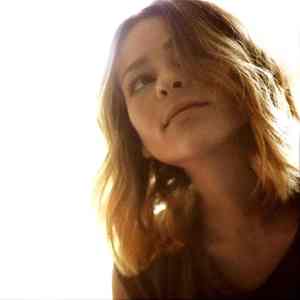