About to head into another writing session, Colton Dixon couldn’t stop thinking about a track he laid down a few weeks earlier. As he sat in his rental car, unsure whether the song was any good, and why he was even making another album, busbee, the late co-writer and producer of the aforementioned track, sent him a text saying it was ready for a listen.

“Miracles” was ready. It’s one of the final songs the two co-wrote together before busbee’s passing in 2019 at the age of 43 following a battle with brain cancer—busbee (P!nk, Kelly Clarkson, Keith Urban) first worked with Dixon back in 2012 on his first No. 1 single “You Are”—and upon first listen, Dixon fell in love.

“Right there in the car, I listened to it for the first time and just went, ‘oh my gosh, this might be the first single,’” Dixon tells American Songwriter. “I don’t know what was clouding my judgment that day, and it obviously has a deep place in our hearts because of busbee.”

Rewind to 2017. It was deep time of uncertainty for the artist, who had already released four albums and staked his place within Christian music. Still, he wasn’t even sure if he wanted to continue making music.

Just five years earlier, he was standing on the Nokia Theatre stage in Los Angeles as one of the Top 7 contestants on Season 11 of “American Idol.” He didn’t win the top prize but landed a recording contract, which opened any imaginable doors into music. Now, Dixon found himself no longer under the “AI” umbrella, or artistic direction, and on his own as an artist for the first time in his career.

“That was honestly a big season of uncertainty for me,” says Dixon. “The ‘American Idol’ deal ended for me, which meant the record label went away as well. It was all under the same umbrella, so I didn’t know if music was going to be in my future.”

During this time of doubt, Dixon says he was forced to slow down and in doing so I saw all the little things, the blessings that happened every day. “I’m obviously a person of faith,” he says. “I believe there’s God and all that stuff, so miracles in that sense obviously plays a part, but we tend to think of the word miracle as these huge life-altering events. I think that’s true, but I think that the little miracles are overlooked all the time, like the fact that even though we’re stuck at home, a lot of us still woke up this morning and that’s a big deal, and we’re not guaranteed it. We take a lot for granted.”

Now, Dixon is somewhere else, and 2012 seems like a lifetime ago. And it was. A new contract with Atlantic Records in tow, he ultimately decided to push forward and released his self-titled EP. Written over three years, since his fourth album Identity (2017), Colton Dixon is a new beginning for the Nashville native.

This refresh called for a change of scenery, so Dixon temporarily relocated to Los Angeles and pulled in new writers for the five, synth-fueled tracks. Still residing in Nashville, most of Dixon’s work has been recorded there, but this project called for a deliberate shift in direction, and locale, and, in LA, pop naturally fired through the EP’s threads.

“It was just a fresh perspective, and there’s just a sound that comes from LA as well, just like there’s the sound system from Nashville,” says Dixon. “Growing up in Nashville, it’s country everything. It’s not necessarily my cup of tea, or what I love to listen to, but it’s kind of nice to break outside of that. You’re not writing songs based on the number system, which is refreshing from time to time.”

Sonically, the EP is also a step away from the Christian music world—something intricately weaved into Dixon’s music since debut, 2013’s A Messenger—but in LA, it wasn’t about religion or politics, just the music. Still, Dixon is open to “real” conversation regardless of where someone stands. “I love the mutual respect and being able to talk about whatever it is—life or politics, faith or whatever,” says Dixon. “Every session that I had while I was in LA, people were just so genuine and raw, and regardless of what we believed, we were able to come together and write beautiful songs that were genuine and authentic and meant something to both of us.”

He adds, “Even if we were polar opposites in our religious beliefs or politics, I think there’s such a beauty that can get lost in today’s state. It’s liberating. You just feel good when you have a connection with another human being. We all long for that.”

The EP is a “rebranding” of sorts, says Dixon, but this time—for the first time—he had absolutely no idea what direction he wanted to take with the EP. “What’s also funny about this project is that I normally have a very clear vision,” says Dixon. “Sometimes I even know what I am thinking for an album cover before I write any of the songs, but for this project, it was so personal and coming from that place of just not knowing and giving music one last hurrah. It’s such a reflection of me, and what I’ve gone through, so that’s when we were like self-titled is the way to go here.”

To help find direction, Dixon pulled in writers Michael Jade, who also  worked on “Miracles” with busbee and Dixon, Robopop [Maroon 5, Lana Del Rey], Grant Averill [The Holdup], and others.

Moving from opener “Miracles,” the EP also boasts another first for Dixon: a love song. “Can’t Quit You.” Dedicated to his wife Annie Coggeshell, it’s a fitting track as the two are expecting twin girls this August. Soaring on “Devil is a Liar,” the EP is injected with the anthemic and soulful “Wanderer” through the more heartfelt closer “Not Goodbye,” a song about grief and loss that rings most sincere during the recent Covid-19 pandemic.

No longer tied to “Idol,” Dixon only has fond memories and is thankful for the experience. “I’m super grateful to ‘Idol,’” he says. “You can’t buy that kind of exposure and they treated me really well, but I have such an opportunity in front of me that looks way different than it did in the past.”

Every once in a while, he’ll hear an older song and it’s nostalgic. “It’s crazy just to hear how my voice has matured or even song writing ability or whatever it may be,” says Dixon. “That’s the hope of every artist. Even if their first record was a big one for them, they still want to progress and grow and mature musically as an individual.”

He has nothing but respect for his earlier music, but Colton Dixon is a resurgence. “This project in particular was a new beginning, and a fresh start,” says Dixon. I think I’ve grown tremendously as an artist.”

Pandemic or not, Dixon wanted to get this pocket of music out. “I’ve had a couple of people asked me about postponing it, and I thought, ‘man, no way,’” he says. “Not only is the music timely, but now more than ever people are glued to their phones and they’re begging for new stuff. I think more now than ever, people are listening to music like they’ve never absorbed it before.”

Touring may be on hold, but Dixon has no complaints, particularly about being “isolated” at home with his expecting wife. “We’re so excited, and it sounds really selfish to say, but my wife and I have really been just soaking in this time at home and it’s been a really sweet season for us just to be together,” he says. “We’re soaking in the time at home and getting the nursery ready. The timing couldn’t have been more perfect for us to be, quarantined at home together.” 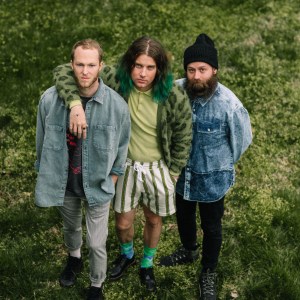 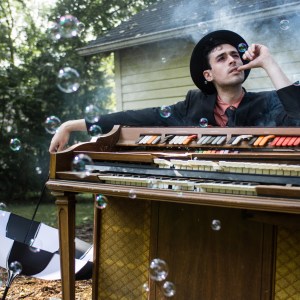