On the American spirit of this people’s songwriter

Woody’s old pal Pete Seeger said, “All songwriters are links in a chain.” And who did Pete learn to write songs from? Woody. Who so inspired and enervated a young Bob Dylan that he had to leave his Midwest home, change his name, and head east to start his life? Woody.

“Woody is just Woody,” John Steinbeck wrote. “He is a voice with a guitar. He sings the songs of a people and I suspect that he is, in a way, that people… there is nothing sweet about Woody, and there is nothing sweet about the songs he sings. But there is something more important for those who will listen. There is the will of a people to endure and fight against oppression. I think we call this the American spirit.”

Woody’s work was remarkable, some 2000 remarkable songs. Songs of love, outrage, beauty, faith, humor, death, sex, and pretty much every other human experience under the sun. Some became famous, such as “This Land Is Your Land,”  “So Long, It’s Been Good To Know You,” “Roll On Columbia,” “Deportees,” “Union Maid” and “Do Re Mi,” but most of his songs have hardly been heard once, if ever. And there was also so much else that he created:  volumes of poetry, love letters, journals of erotica, books, drawings, doodles, paintings, and stories.

Born in the heart of the Dust Bowl – Okemah, Oklahoma – in 1912, his childhood was spent in the oil-boom town of Pampa, Texas. In the depression-ravaged Thirties he hitched and rode the rails along with thousands to reach the world of their dreams, the golden promised land – California.

Of all those wanderers, thousands more than there were jobs, Woody was one of the fortunate few, able to make money by singing, playing guitar, and painting signs. He managed to get a 15-minute daily radio show which paid him a dollar per show. And when he wasn’t broadcasting he could be found singing at saloons, parking lots, rallies, and union meetings — anywhere people would listen. Their struggles were the impetus for his talent – he always knew that his mission was to translate their hearts and minds into song. Using what his pal Pete Seeger called the “folk process” – writing new words to old songs – he gave these people a voice.

“Everybody might be just one big soul, well, it looks that a way to me…
Wherever little children are hungry and cry, wherever people ain’t free That’s where I’m gonna be…”

Radio gave many people their first taste of Woody’s songs. One listener, Ed Robbin, commentator for the Communist newspaper People’s World, was surprised to discover that the man he had pegged as a hillbilly was actually quite politically savvy. He invited Woody to perform at rallies, first warning him that they were left wing. “Left wing or chicken wing, it’s all the same to me,” Woody said.

And with that he connected with a new audience, one that was charmed and inspired by his unique fusion of country simplicity, Okie humor and political sophistication. His popularity spread quickly across the country and even preceded him to New York City, where he eventually fell in with new friends such as Josh White, Leadbelly and the actor Will Geer.

Opportunity kept knocking. In an attempt to cash in on the popularity of John Steinbeck’s novel The Grapes of Wrath, Victor Records hired Woody to write a song about it. Though he didn’t read the book, Woody saw and loved the film, and understood its subject matter better than most. With his guitar and a jug of wine, he got behind a typewriter in Pete Seeger’s apartment and proceeded to work into the night. The next morning Pete found him slumped over the typewriter with 26 verses of “The Ballad of Tom Joad” still in the typewriter.

“I learned a lot about songwriting from Woody,” Pete said. “I learned something that was awful important. And that was: don’t be so all-fired concerned about being original. You hear an old song you like but you want to change it a little, there’s no crime in that.”

By today’s standards, Woody’s records sound rough. Mostly guitar and a ragged, often off-tune voice, recording on the spot by Moses Asch for his Folkways label. But each of these recordings contains the essence of pure and brilliant songwriting, the dynamic and delicate marriage of music with words.

Woody well-understood the inherent power of this combination – words to express the timely and timeless needs of the people, and music to underscore that expression while engaging the soul and lifting the spirit. He knew few forces were as effective in uniting people as a good song, and as he constantly traversed America by walking, hitching or riding the rails, he would constantly connect with new people and translate their lives and dreams into songs.

Woody wrote his most famous song, “This Land Is Your Land,” as a response to Irving Berlin’s “God Bless America.” Woody felt Berlin got it wrong – that America was already blessed by God, and wrote  “God Blessed America For Me.” He kept fiddling with it for a full decade, and eventually realized that if he substituted the line “This land was made for you and me” for his title line, that he had a song not just about himself, but about all of America. Not only was he a great thinker, he was a crafty songwriter.

He died in 1967 at the age of 55. But his songs have lived on, performed and championed by a big range of singers, including Arlo, Dylan and Seeger, but also by Ani DiFranco, Bruce Springsteen, Ry Cooder, and even U2, who cut Woody’s song “Jesus Christ.”

Though Woody’s been gone now for so many decades, his songs, and the spirit of human hope instilled in them, have been resounding with more force than they have for years.

“The worst thing that can happen is to cut yourself loose from the people,” he wrote. “And the best thing is to vaccinate yourself right into the big streams and blood of the people.” 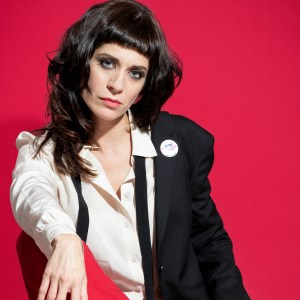 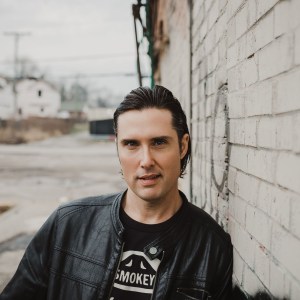