Francesca Battistelli’s new album, Hundred More Years, the followup to her Grammy-nominated debut My Paper Heart, reflects the big changes in her life, which include getting married and the birth of her first child.

Although she’s primarily known as a Christian music artist (she’s the top-selling new Christian artist in eight years), her music has won over secular audiences as well — her songs have been featured on shows like on The Hills, So You Think You Can Dance and The Biggest Loser.

We spoke to Battistelli right before this year’s Dove Awards, where she was the evening’s big winner, taking home the Artist Of The Year and Pop/Contemporary Song of the Year prizes. She also was named Top Female Vocalist for the second year in a row.

What’s the story behind the album title, Hundred More Years?

“Hundred More Years” is also the title of the last track on the album. It’s a song about cherishing the special moments in life that can too easily pass us by. The song deals with a couple falling in love and having their first child, and it exactly mimics my life at the moment so it seemed like the perfect title for the album. It just fits.

Did the recent changes in your life — marriage, a baby, artistic success — inform the music on the album?

Absolutely. I’d say my whole perspective on life has shifted from the first record. I was searching in part for some identity on my first record. I feel so much more grounded in my life now that I think the songs on this album explore experiences I wouldn’t have even thought to write about the first time around.

You work in the Christian music genre. Is there much crossover potential for Christian artists?

It definitely happens. I love when Christian music is heard in the mainstream market–especially in film and TV–because the music and the message is getting exposed to an audience who would never otherwise walk into a Christian bookstore or turn on a CCM radio station. I think that’s a great thing.

How does it feel to be nominated for so many Dove Awards this year?

It’s such a thrill! I truly look forward to the Doves every year, and this year is no different. My husband and I recently moved to the Atlanta area, and I’m pretty sure they decided to move the awards show to Atlanta just for us this year!

Has God ever helped you write a song?

As a songwriter there are rare moments when you feel like you picked a song out of thin air–like you didn’t even write it, it just appeared. I’ve had that happen to me a few times, and I have to give the credit to God for those songs. Writing “Free To Be Me,” which was on my debut album was like that for me.

“Angel By Your Side” is a song I wrote very early on in the process, and it’s a special song. It’s about being there for someone when they’re going through a difficult time. I think everyone has been there to some degree, and I think the song really encourages and inspires.

“Breathe before your breath runs out” on the song “Don’t Miss It.” Ben Glover and I were writing this song about noticing the simple things in life and slowing down in enough time to appreciate them. We needed that perfect line to take us into the chorus, and I just said this out loud. It was just right.

I usually write both at the same time.

I’m not a huge reviser as I like the spontaneity of what first pours out. But “Good To Know” is one song on this album that we ended up completely revising lyrically, and I think the song is much better for it. But it is not something I do often.

Jason Walker is a young writer in Nashville who has three co-writes on Hundred More Years. He is uber-talented both as a writer and as a performer. I think he will go incredibly far.

“Worth It All” by Rita Springer. 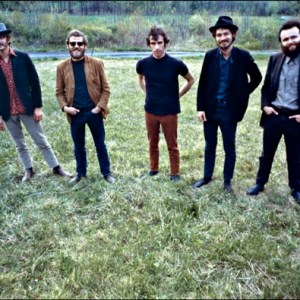