Surf-pop stalwart and Beach Boys frontman Brian Wilson has had a pretty big year so far. His latest solo album, No Pier Pressure, came out in early April, and a biopic based on his life is about to hit theaters. We chat with the Californian about McCartney, his thoughts on his back catalogue and a potential tribute album.

Paul McCartney and Chuck Berry. They wrote very, very cool songs. Paul McCartney is my favorite music guy because he’s really good at it. You know?

Have you always had faith in your voice and the type of work you were doing as an artist or did you ever doubt yourself?

Well, along the way, after I recorded some songs in the early ’60s, I would listen back and say, “Oh, if only I had sung it in a lower key.”

Are there any songs that you wish you could go back and change in particular?

How comfortable are you with your old catalog? Are you able to listen back to those songs?

I get a big kick out of listening, actually.

Do you ever think about dabbling into other genres of music?

What’s the most important thing you’ve learned about songwriting since you’ve started?

That the creative process is something that you kind of learn. You get a feel for it the better you get at it. You know?

Do you listen to any new music?

Probably “Be My Baby” by the Ronnettes. It’s a long story, but it was made in the early 60s and it sounds just as good now as it did back then.

I inspire my own self. I take walks at a park and that clears my brain out and makes me able to write songs better.

It was “Surfer Girl.”

At this point in your career, how do you deal with criticism of your music?

I guess I just kind of accept, you know?

If you could co-write with anyone living or dead who would it be?

What percentage of songs you write are keepers?

About three quarters of songs.

What is your favorite song you’ve written?

Which one of your songs was the most difficult to write?

Probably “Gone Away Ghost.” That one took about a month to write.

What was the hold up on that?

What are your plans for future music?

I might try a tribute album of my favorite music people. You know, Paul, Chuck Berry, Bill Haley of the Comets. Little Richard. A lot of good artists.

Were there any problems you ran into while recording No Pier Pressure that you hadn’t before?

No, actually. We took our time. The pressure was off. We took about a year to make the album. 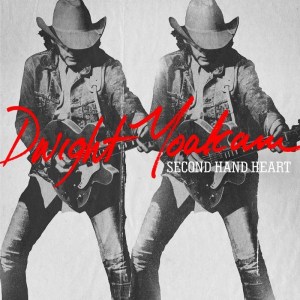 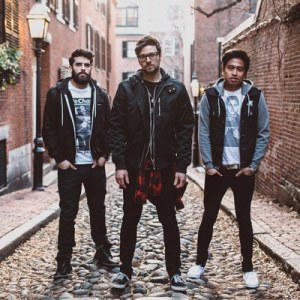