I hate resolutions but they can be one solid way to set your intentions for the year. I come from Lindsay, a two-stoplight town in rural Ontario, Canada, with professional business coaches as parents. Ever since middle school, setting goals was to be expected … just like waking up and making my bed every morning. Stepping into a new decade, the songwriter (and Enneagram 3) in me is hungry to keep challenging myself.

I remember sitting down at the kitchen table inside my childhood home last New Year’s Eve and typing out a list of 10 goals I hoped to achieve in the coming year. While I was positive I was going to graduate from Belmont University that May, I didn’t have the slightest clue of what other milestones were just around the corner.

Maybe I was thinking ahead to 2020 Madison and not wanting to break her heart, so I avoided writing down big dreams like “sign a record deal” or “play the Grand Ole Opry,” just in case they didn’t come true. But now more than a year later, I realize that writing down modest goals like “play at least three shows out of state” and “surround myself with a team that I believe in/who believes in me” not only set my intentions, but helped me surpass them.

Last July, I signed my first record deal as the flagship artist on Songs & Daughters, a new imprint of Big Loud Records, headed by one of my biggest songwriting heroes (2019 BMI Songwriter of the Year) Nicolle Galyon. Not long after, I was invited to make my Grand Ole Opry debut – the top of my bucket list since I was a little kid – and headed out on my first-ever North American tour supporting Morgan Evans.

Whether I’m in the writing room or dreaming up what’s next, I’m ready to no longer be fearful of calling out exactly what it is I’d like to accomplish. I also need to remind myself to leave space for surprises.

Last year, I read a book called “Writing Better Lyrics” by Pat Pattison that completely reshaped the way I look at songwriting. (Please do yourself a favor and Amazon Prime it ASAP!)

Just as an athlete prepares for a game with a proper warm-up, I’ve learned to start my day with writing. I picked up a black Moleskine notebook and began writing freely without worrying about meter or rhyme scheme as a way to reflect on my thoughts or my day. Not only has this practice allowed me to get the creative juices flowing each morning, but I now have a notebook full of memories to look back on. Flipping through it, you’ll find mementos, random song ideas, potential names for my independent debut project (now out called HEARTBREAK SCHOOL – EP), and entries about missing home while on the road.

This little book holds my whole world in its pages, and I’m so grateful to have it all documented.

I’m a Type A, Enneagram 3, eyes-on-the-prize kind of gal, so it’s my nature to keep a jam-packed schedule and always strive for more.

Last year, I wrote at least 100 songs and got into the groove of writing at least four days a week. However, I quickly learned that it’s nearly impossible to maintain a creative headspace at that rate when you aren’t making time to refuel your tank. For me, that means catching a Sunday movie matinee, meeting up with a friend over drinks, pressing play on a “Country Gold” playlist, or wandering through a book shop solo – surrounding myself with opportunities to be inspired.

Every time I get hit with writer’s block, a lack of creative stimulation is nearly always the culprit.

Look Back, Celebrate Progress, and Plan for More

As much as I can pray for days filled with endless song ideas and earworm melodies, there are always going to be days here and there spent laboring over a chorus for hours – only to realize it’s probably not worth finishing. Or as my best friend Maria likes to remind me, “Some days you get to play the Opry, and others you’re getting ‘show ready’ in a gas station bathroom to play to a half-empty club in the middle-of-nowhere.”

Glam-life or van-life, at the end of the day, I’m a Country music junkie from the Great White North who couldn’t dream of doing life any other way.

Never Stop Being a Student of the Song

I’m no stranger to being a student, having spent the last four years late-night grinding between gigs and schoolwork, but I know my education doesn’t stop there.

I was really fortunate to sign my first publishing deal during my junior year which led to my record deal as a senior – talk about a whirlwind of a real-life music business degree! Whether I’m getting way too personal about a song idea with co-writers or playing to an audience in a city across the world, I’m learning something new about my craft every day. It’s both a humbling and inspiring concept that starts with a blank page each time. Now I can’t wait to go fill it in!
Just a few months into the new decade, there’s still time to make your own resolutions. I can hear my dad’s voice saying, “Write down your goals and tape them to your bathroom mirror.” So just like my debut song “First Last Name” was written for him – let’s honor Papa Kozak by making our resolutions count. Let me know what you’re working on at @madison_kozak on Instagram. 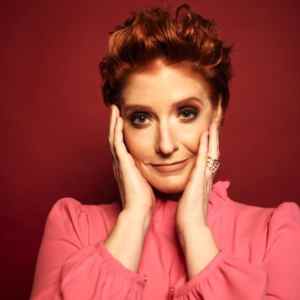 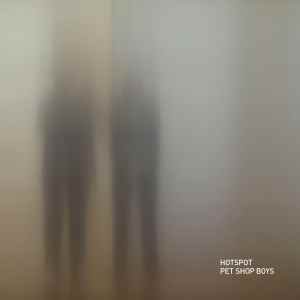