The last scene in Judy hit close to home for Leigh Nash.

Drawn and defeated, Judy Garland’s breathtaking last performance of “Somewhere Over the Rainbow,” depicted by Renée Zellweger, was a poignant scene for the solo artist and Sixpence None the Richer singer.

“In that last scene, she’s singing, and she knows she’s fired, she knows she’s out, and she knows her goose is cooked,” says Nash. “She comes out, she takes over the stage when she’s kind of unwelcome, and the crowd sees all of it. It’s such a raw scene that was really inspiring but also hit on my own insecurities, like ’is that me? Is that going to be me?’ I don’t want that.”

It cut even deeper for Nash, who is still feeling traumatized by a performance in Austin in 2019. Playing a new venue to a room-full of friends, family, and other Texas fans, Nash says she didn’t have much to eat, drank two margaritas and just lost it on stage.

“I was in a car accident when I was young, and I would liken that experience to the trauma of the accident,” Nash tells American Songwriter. “It plagues me. I’ve been doing it for so long and never had anything like that happen. It’s on my mind more times than it should be, but I think there might be some healing in that experience if I just look at it the right way. I’m working through it.”

The aftermath of that performance, which left Nash crying for days, came rushing back when she saw Judy. “When I saw that movie, it double hit me like ‘okay, this can’t happen again. This is not who you are,’” she says. “I don’t have issues with alcohol, but I do have issues with not being wise about eating food and then having a few drinks and not thinking it’s a big deal. When I saw Judy, I thought she must have felt that way all the time.”

Performing for nearly 30 years, the Texas native who resides in Nashville, burst on the scene during the early ’90s with Sixpence None the Richer, and says it’s hard not to see comparisons to Garland after being in the business for so long.

“I recorded ‘Get Happy’ in a little bit of an ironic way because she had so much struggle and it is such a cutthroat business that I, of course, want people to take it and feel inspired and happy by it,” says Nash. “But it also has a tinge of sadness to it, and I’m a sucker for a sad song.”

Being a believer, Nash says the words “get happy,” and that trauma was a sort of turning of the soil for her. “Just do this and get over it,” she says. “Get Happy. Get over the fact that it happened.”

Her atmospheric rendition of “Get Happy” has multi-angled inspiration for Nash. “I’m glad I did it,” she says. “It’s hard now to even listen to it, but not because I don’t think it’s beautiful, but because it’s tied to a lot of other emotions.”

Garland’s life percolates throughout Nash’s latest EP, her fifth solo release since debut 2006 Blue On Blue, but Get Happy also reflects her state of mind now. Nash is happy with her life, motherhood, and says she has fallen in love with writing again.

Get Happy also pays homage to Nash’s late father, who passed away 12 years ago, and is the basis of two tracks, including “Something Worth Leaving Behind,” which Nash started writing after she picked up his old guitar.

The acoustic-driven track, Nash says, was really her modus operandi for the album. “If it’s not something meaningful, and I’m not gonna stick around and be something people can listen to in their lives and hopefully be encouraged, I’m not really interested in it,” she says. “I’m not saying ‘oh this is going to be inspiring,’ but I feel like all these things all of a sudden were kind of pointing in that direction. It was time.”

For so long, Nash was not ready to sing about her father and didn’t know how to put his life and her emotions about him into words. “Songwriter Tom Douglas (Lady Antebellum, Tim McGraw, Miranda Lambert) really helped me go there,” says Nash. “I started talking about it, cried a little bit, and he is a dad and kind of reminds me of my own dad, which I stated to him right away.” She laughs, “That probably didn’t put a lot of pressure on him.”

On gut wrenching “Don’t Let Me Die in Dallas,” Nash remembers the struggles of balancing her career and caring for her father, and the last moments they had together, reflected in one particular day when she had a performance, then rushed through Dallas traffic to return to her father, who checked himself into a local motel.

“There are just so many themes about it—the stress, the fact that it was just kind of make or break that day,” says Nash. “I had a show. I had to get to sound check, make sure my dad had what he needed, and then get right back to him afterwards.”

Singing I love you, don’t forget it / If you stop loving with your whole heart, you’ll regret it / Don’t hold on so tight / Do what you think you know / Take it from a man who’s let it go, Nash says the song reflects more than those last moments with her father. “It was also so similar to my entire childhood,” she says. “The song represents a lot more than just that one day.”

Get Happy, produced by Nash’s husband Stephen Wilson, Jr. and Ben Shive and recorded at Nashville’s Farmland Studios, gets a spiritual lift on “God Gave Me Horses” and offers a more baring, “My Love, My Drug.”

More than 20 years after its initial release, Nash also re-recorded Sixpence None the Richer’s 1997 hit “Kiss Me.” Originally written by Sixpence guitarist Matt Slocum, Nash wanted to revisit after 20 years, and it sounds as if no time has passed.

“It wasn’t important in the way of life or death, but it was important for me as an artist to revisit it,” says Nash. “I think as a vocalist and as a spirit, and a 43-year-old, it’s really nice to revisit something that I had done in my early 20s. Either it would sound a lot different or not. In my opinion, it’s really similar. It’s still there, but there’s a depth to it and kind of a world wariness to it now.”

When recording, Nash says she didn’t want to reinvent the wheel on the track. “It’s a great song,” she says. “It’s a great pop song, but it was just a little check-in. It’s been 20 something years, and it’s time to put the thermometer back in and see what the temperature is. It’s also about remembering that girl that sang ‘Kiss Me’ for the first time.”

Going back in time again, Nash says a Sixpence None the Richer reunion is also in the works. (The band have not recorded since releasing their sixth album Lost in Transition in 2012.) Still in its infancy stages, they’re letting it all come together organically. “I’m holding it back just so we don’t feel that pressure,” says Nash. “But we’re working on stuff, and I’m very excited about it.”

For now, Get Happy is right where Nash wants to be—loving life and writing. “It’s like things are happening at lightning speed—creativity and awareness and all this crazy stuff,” she says.“I feel really invigorated and excited, and it seems like the outside world is sort of rooting me on, if that makes sense. I have so many different things to pull from in life, including being a mother and going through the struggles of motherhood. It doesn’t get easier. It changes, and it’s wonderful, so I have a lot to be thankful for.”

Keeping her tour “light and tight” on the road will make the performances more intimate as Nash jumps into new songs, and old ones.

“This is where I am right now,” says Nash. “I love to tell stories. I love to make people laugh. They inevitably cry a little bit, but they also have a really good time, and that means the world to me.” 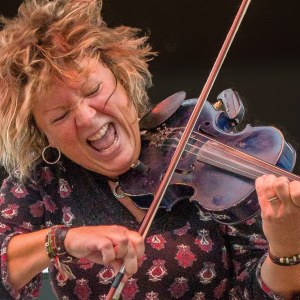 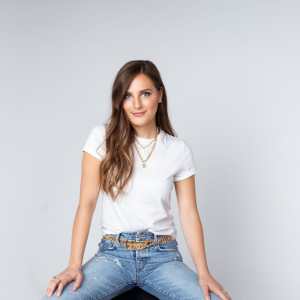