Chief among these innovations is the debut of the flagship A5 model, which is based on the 2015 limited run A6 model and, like the A6, will be crafted in Japan. The A5 is available with a solid mahogany or rosewood body and features scalloped bracing for increased projection and enhanced bass, as well as a beautiful new vintage natural finish, a new neck finish and a bound headstock with vintage-style tuners. The A5 comes with a hardshell case.

The A5’s solid Sitka spruce top benefits from Acoustic Resonance Enhancement (A.R.E.), a patented process that uses precise control of temperature, humidity and pressure to alter the structure of wood at a sub-cellular level, transforming it into the same material as would be found on a guitar that has been played for many years. Benefits include increased resonance, greater midrange and high-frequency responsiveness and bass sustain.

Yamaha has also significantly updated the A1 and A3 model guitars. Both instruments are available with mahogany or rosewood bodies (the A1 in laminate, the A3 in solid), in either dreadnought or concert shapes, with a choice of vintage natural or tobacco sunburst finishes. Both also feature solid Sitka spruce tops, scalloped bracing and a new neck finish. The A3 model adds an A.R.E.-treated top, an SRT preamp and a hard gig bag to the package.

“The A Series has the distinction of being the first U.S.-designed Yamaha acoustic-electric guitars, drawing on the expertise of and close collaboration with our American guitar team,” said Dennis Webster, marketing manager, acoustic guitars, Yamaha Corporation of America. “These revamped models take Yamaha to the next level by offering extraordinary tone and projection, giving the musician total control over their live performance, while enabling them to cut through the band mix.”

Whether on stage, at home, or in the studio, the A Series guitars are the ultimate performance-level instruments, built with Yamaha’s legendary excellence. 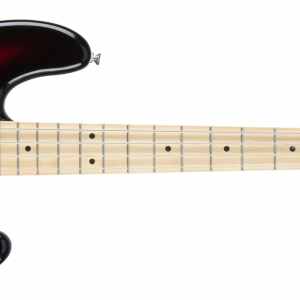 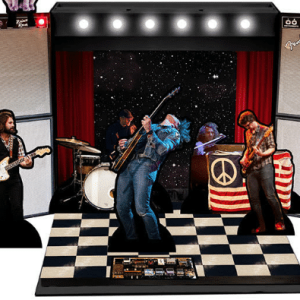