June 17, 2010 – Nashville-based songwriter/publisher/producer, Kirsti Manna, will host her seventh industry-leading “Songwriter Girl Camp” on July 30 & 31, at beautiful Montgomery Bell State Park in Burns, TN. The mission of the two-day event is to provide aspiring female songwriters and performers, of all ages and levels, unparalleled access to critical training by some of the most successful writers and professionals in the music industry.

Songwriter Girl Camp was founded in 2008, by Kirsti, and has provided hundreds of prior attendees with jump-starts on their songwriting skills through a unique mix of workshops and collaborative co-writing opportunities. The result has been a sisterhood community that empowers female songwriters and performers to explore their creative voices in encouraging and self-esteem building environments. In July, attendees will personally meet industry professionals, attend beneficial workshops, perform their own songs, receive stage-presence guidance, experience co-writing exercises, be given song critiques, and hear successful songwriters/performers share their songs, tips and secrets. (detailed schedule attached) In addition, chosen attendants will have the opportunity to participate in a song contest to win prizes that include a private mentoring session with Kirsti Manna, three hours of studio time, a song critique by a Nashville publisher, the opportunity to play in a Nashville songwriter round, and much, much more.

“I love sharing real and essential information gathered from years of first hand experience,” says camp founder Kirsti Manna. “Music has been good to me and I aim to give back by encouraging and empowering other aspiring female songwriters and performers to achieve personal success.”

Kirsti Manna is a multi-faceted entertainer, motivational speaker and songwriter with numerous credits to her name, including her six-week Billboard #1 hit, “Austin”, recorded by Blake Shelton. She is also an actress with credits that include creating and starring in her own national children’s TV show, “Kirsti’s Manor” viewed in over 34 million homes. Other notable credits include co-writing/co-publishing the Big & Rich hit, “Loud,” which is the theme song for CMT’s, “Gone Country” and has been used in everything from video games (EA NASCAR 2008) to Nike NFL ads. Additional artists like Gretchen Wilson, Colt Prather, Cowboy Crush and many others have also recorded Kirsti’s songs which then received airplay world-wide in places like ESPN, “The Tonight Show”, “The David Letterman Show”, “Friday Night Lights”, and “Dance Wars”.

For more information, registration pricing and guidelines, as well as NSAI member or returning attendee discounts, please visit the official website at www.songwritergirl.com, or contact Songwriter Girl Camp via email at info@songwritergirl.com or via phone at 615-323-2915. 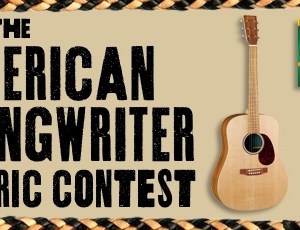