Gifted with that distinct falsetto and perfect pitch, before he was dazzling the charts with his own hits, Charlie Puth was already co-writing tracks for other artists like Jason Derulo, Pitbull, CeeLo Green, and Thomas Rhett. In addition to recording his hits like “We Don’t Talk Anymore” and “Attention”—and the 2015 Furious 7 track “See You Again,” recorded by Wiz Khalifa and featuring Puth for the soundtrack of the 2015 film—the artist has also continued to co-write and produce a number of songs for other artists, including John Legend, Maroon 5, former One Direction member Liam Payne and many others.

Approaching the release of his third, and most personal, album, Charlie, Puth has continued sharing his songs and co-writing across genres. Here’s a look at 10 songs Puth wrote for other artists.

Featured in the DreamWorks animated film Penguins Of Madagascar, “Celebrate” was one of the first songs Charlie Puth ever co-wrote. The song was later released on Pitbull’s eighth studio album Globalization.

Jason Derulo’s fourth album Everything Is 4, which peaked at No. 4, featured a number of star collaborations, including Meghan Trainor on “Painkiller,” Julia Michaels on “Trade Hearts,” and Jennifer Lopez and Matoma on “Try Me.” For “Broke,” co-written with Charlie Puth and David Brook (Eminem, One Republic), Derulo brought in Stevie Wonder and Keith Urban. Apparently, the collaboration with Wonder started when the two met and had a chance to talk at a White House dinner.

“At that moment I had a song ready ‘Broke,’ which featured a harmonica, and so I proposed to him to play it thinking how nice it would be to have the legendary Stevie Wonder in one of my songs,” said Derulo. “He accepted with enthusiasm, and I then also proposed to him to sing. His response was, ‘If I listen to the song on the radio and I don’t hear my voice, I get angry.'”

Off Thomas Rhett’s second album, Tangled Up, “I Feel Good” was never released as a single, but features LunchMoney Lewis and Charlie Puth, who is credited not only as a co-writer but also as a musician. Puth plays the keyboard on the track.

Co-written and co-produced by Charlie Puth, CeeLo Green’s dance-y track “Working Class Heroes (Work),” lyrically pays homage to hard workers—Early in the morning / I’m wrapped in the couch / It smells like struggle / Will you open up the door / Everybody got to crying / I got hustle in my blood / A little bit is not enough—and was released on Green’s fifth studio album, Heart Blanche, featuring a collection of collaborations including Elton John and Bernie Taupin, Mark Ronson, and more.

Released as the fifth single off Swedish pop singer Zara Larsson’s international debut, So Good, the title track hit the Top 10 in Europe and Top 40 in the U.S. and was co-written and produced by Puth. Released when Larsson was just 19, the album became “the second most-streamed debut on Spotify by a female artist ever.”

Though Puth initially wanted to keep his collaboration with friend and Maroon 5 frontman Adam Levine under wraps, he is credited with co-writing the band’s more intimate track, “Lips On You,” off their sixth album Red Pill Blues. “I like to see people react to the music, and sometimes if my name’s attached to it, they feel like they have to feel a certain way,” said Puth. “But it leaked that I wrote on the album, which is totally cool.”

Produced by Mac and Ben Rice, “Bedroom Floor” was a single off former One Direction member Liam Payne’s debut album LP1 in 2017 and gave the artist some radio play and chart access in the U.S. “It’s just a great song,” said Payne of the track. “I can never listen to it and get bored.”

A slightly darker synth- and drum-induced track for the Australian pop band 5 Seconds of Summer, “Easier” was the lead single off their fourth album Calm. The video, showing the group performing in a blue-lit cave, has pulled in more than 62 million views (to date) on YouTube. In addition to the album version, the band also released alternate versions of “Easier,” including “Easier – Live from the Vault” with two remixes, one by Seeb and another by Charlie Puth.

Recorded by Moroccan artist Faouzia and featuring John Legend, “Minefields” was released as a single off the artist’s 2020 EP Citizens. The lyrics metaphorically explore the grief of lovers once they’ve parted ways and attempt to reconnect by walking through minefields.

Faouzia and Legend performed the song together on a number of occasions, including a 2021 appearance on The Kelly Clarkson Show.

The lead single off Australian rapper The Kid Laroi’s mixtape, F*ck Love 3: Over You, “Stay” is the second collaboration between Laroi and Bieber. Both artists first worked together on Bieber’s song “Unstable,” off his sixth studio album, Justice, also released in 2021. “Stay” reached No. 1 on the Billboard Hot 100 and became Laroi’s first chart-topping hit. 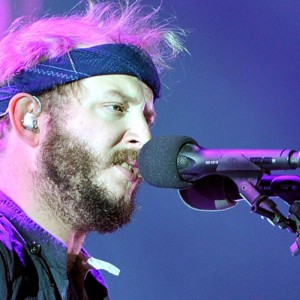 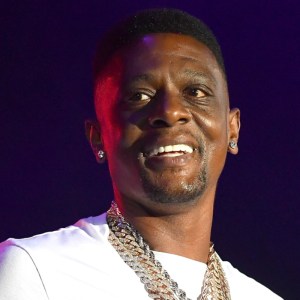