For more than three decades, Keith Urban has maintained a successful career in the country music genre. He has existed at the top of the charts while also pushing the genre’s boundaries.

Since his breakthrough in the early 2000s, Urban has crafted hit after hit – equipped with irresistibly catchy hooks and foot-tapping rhythms. It’s his early successes – the songs that made fans fall in love with him and the genre – that keeps listeners coming back for more.

Here are 10 timeless throwbacks from the country star.

She laid her heart and soul right in your hands / And you stole her every dream and you crushed her plans / She never even knew she had a choice and that’s what happens / When the only voice she hears is telling her she can’t / You stupid boy, Urban sings in the 2006 hit, “Stupid Boy.”

A song that empathizes with a heartbroken woman, the country star delivers a powerful rendition of the Sarah Buxton original, one that earned him a Grammy Award for Best Male Country Vocal Performance.

The fun, sunshiny bop from his 2010 album, Get Closer, “Long Hot Summer” is a long drive, arm out the window kind of hit worth the miles and the sunburn.

“I like to have at least one good summer song on a record,” Urban revealed to The Boot in regard to the song. “I love radio songs, and there are certain songs that I write specifically trying to hear them on the radio or just in the car. That’s the place I usually have in mind when I write. I still love hearing music in a car more than anywhere.”

C’mon sweet thing / Won’t you climb on out of your window / While the world is sleepin’ / Cause you know I need you / And there’s no way I’ll be leavin’ / Til we’re kissing on the porch swing / Oh my little sweet thing, plays the chorus of “Sweet Thing.”

The 2008 tune is an ode to young love and the excitement that comes with a blossoming courtship. There’s an innocence, but also a thrill to the hit that gives it a shot of life.

Another from his 2010 release, Get Closer, “Put You In A Song” is an irresistibly singable love tune, something Urban has mastered over the course of his career.

“I always like songs that are about the unattainable girl,” he shared with The Boot about the tune. “This guy would never get this girl’s attention in a million years, but he realizes that if he writes a song about her, he could have her in the car all day long and even get to drive her home at night. The concept of her being a song that he would have in his possession was intriguing to me.”

I wanna kiss a girl / I wanna hold her tight / Maybe make a little magic in the moonlight / Don’t wanna go too far just to take it slow / But I shouldn’t be lonely in this big old world / I wanna kiss a girl, Urban sings in his 2009 hit, “Kiss a Girl.”

A song about being ready to fall for someone new after facing heartbreak, “Kiss a Girl” is another of his undeniable earworms.

The cute, cheeky 2004 release, “You Look Good In My Shirt,” is a blush-inducing country sensation and a mainstay hit among Urban’s live shows even after two decades. The song was re-recorded and became a single in 2008, when it rose to No. 1 on Billboard‘s Country Airplay chart.

I’m gonna be here for you baby / I’ll be a man of my word / Speak the language in a voice that you have never heard / I wanna sleep with you forever / And I wanna die in your arms / In a cabin by a meadow where the wild bees swarm, opens Urban’s 2005 ballad, “Making Memories of Us.”

Right out of the gate, the song is a swoon-worthy love tune, one that could easily be written off as sappy, but it’s too touching and genuine.

Urban can spin a love song for the ages, but he can also conjure up just as biting of a breakup hit. The 2003 single “You’ll Think of Me” is one of them.

Take your records, take your freedom, he sings in the chorus, Take your memories, I don’t need ’em / Take your space and take your reasons / But you’ll think of me.

Days go by / I can feel ’em flying / Like a hand out the window in the wind / As the cars go by / It’s all we’ve been given / So you better start livin’ right now / ‘Cause days go by, plays this next upbeat throwback.

A master of the summer radio hit, Urban coined the perfect sunny jam in the 2004 release, “Days Go By,” a seize-the-moment kind of tune urging listeners to live every day to the fullest.

There’s a new wind blowin’ like I’ve never known / I’m breathin’ deeper than I’ve ever done / And it sure feels good, to finally feel the way I do / I wanna love somebody / Love somebody like you, opens the 2002 smash hit, “Somebody Like You.”

A song about being ready to let love in, “Somebody Like You” is an irresistibly singable, feel-good throwback that will have you bopping along from the first note. 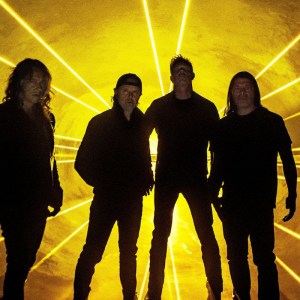 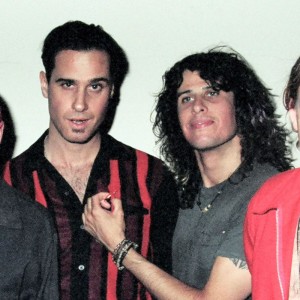